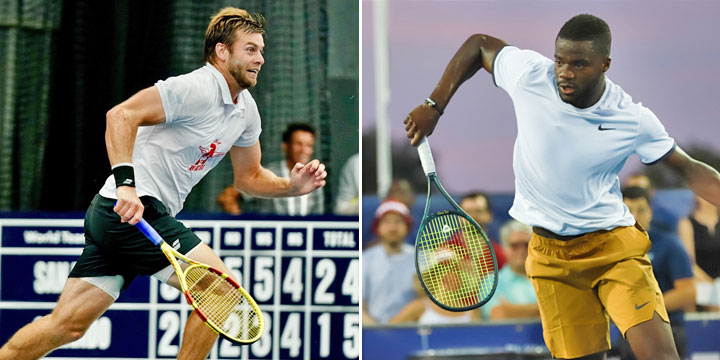 We asked members of the WTT Family to share some of their favorite performance of the 2019 World TeamTennis season. Each week, we’ll share those moments with you, explain why we though they were so special and give you a chance to relive them. Then share your thoughts and comments with us on social media using #WTTRewind!

This week, 2016 WTT Male MVP Ryan Harrison made his pick, which occurred during the San Diego Aviators visited the Washington Kastles on July 16, 2019 on the rooftop at Union Market in Washington D.C.

The Kastles were leading 16-14 heading into the final, feature set of the night: Tiafoe vs. Harrison.

“My match in D.C. was awesome,” Harrison said. “It’s always fun to walk into a place where the entire crowd wants you to lose. I think there were about 4-5 San Diego fans in the arena and they were the team owners!”

It was a tense encounter that escalated in intensity with each game. But the Aviators got the upperhand in the third game, when Tiafoe inexplicably dropped his serve at love to gift the Aviators a valuable break. Harrison then held to go up 3-1 in the set and tie the overall score at 17-17, which increased the stakes of every shot for both players.

“Frances always plays well at home and he knows how to put on a show,” Harrison said.

“Our singles match was the deciding set and I was able to make a few big shots that put us over the edge,” Harrison said. “I look forward to 2020 when I get to play in front of that awesome San Diego crowd!”