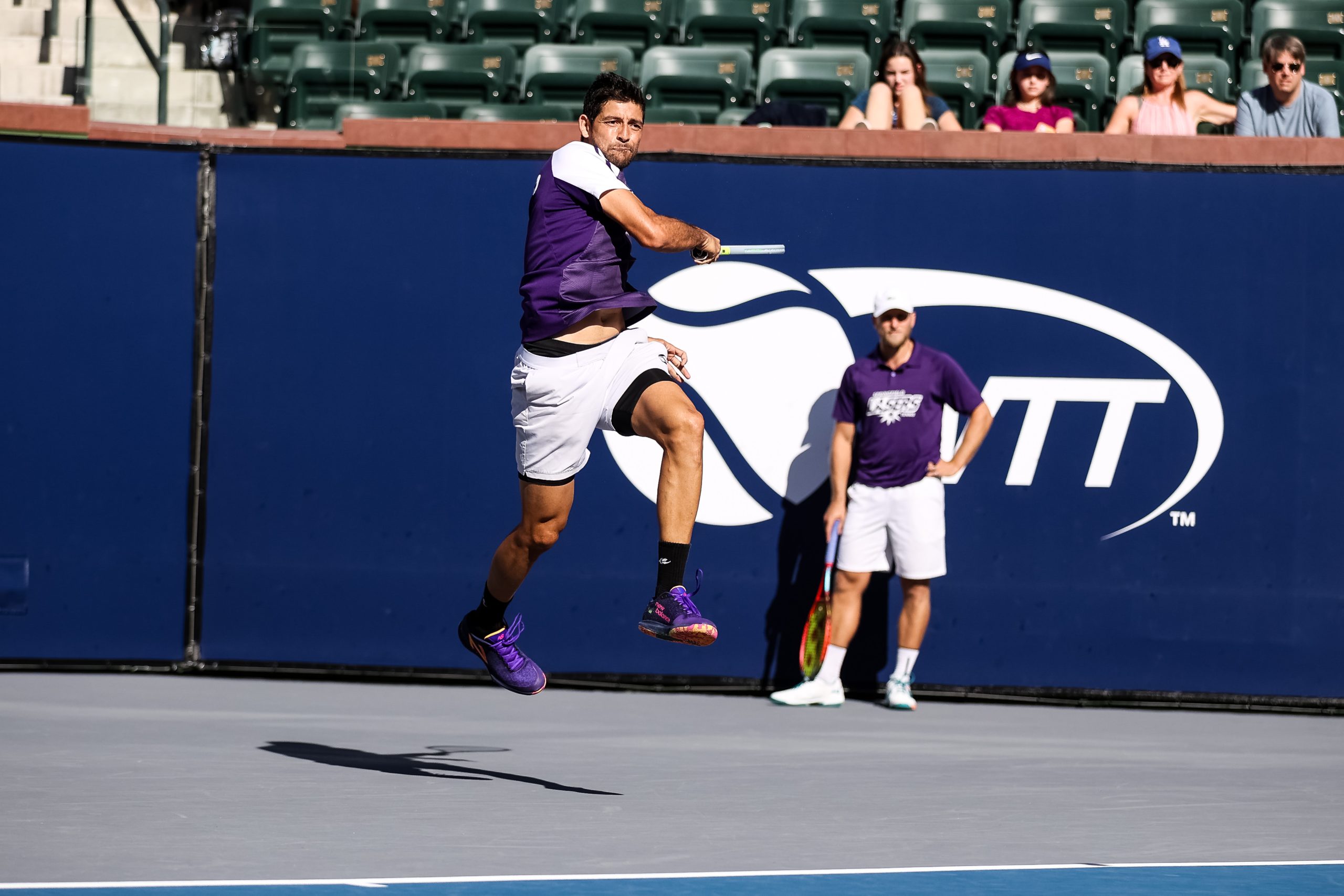 The Springfield Lasers punched their ticket to the 2021 WTT Finals Presented by Guaranteed
Rate Sunday thanks to a 21-17 victory over the defending champion New York Empire. Despite
the Chicago Smash defeating the Orange County Breakers 20-19 by a Supertiebreaker in the
second match, the Breakers clinched their spot in the 2021 WTT Finals Presented by
Guaranteed Rate through Springfield’s victory earlier in the day. Orange County is one match
ahead of San Diego with one match left and owns the tiebreaker.

New York’s victories in men’s singles and women’s singles gave the Empire the lead heading
into the third set, but Marcelo Arevalo & Denis Kudla clinched the men’s doubles set with a
bagel that allowed Springfield to take an 11-10 lead. The Empire bounced back to win 5-4 in
mixed doubles, but Asia Muhammad & Giuliana Olmos finished it off for Springfield by
securing women’s doubles in the final set.

After Coachella Valley native and three-time Major mixed doubles champion Desirae Krawczyk
helped the Breakers tie the match 8-8 in women’s doubles, Orange County took the lead thanks
to Tatjana Maria’s women’s singles victory over 2017 US Open champion Sloane Stephens.
Chicago responded in mixed doubles, with Tommy Paul & Alexa Guarachi, who was
Krawczyk’s doubles partner at the WTA Finals, clinching the fourth set 5-1 to put the Smash in
front 16-14 heading into the final set.

The Breakers won men’s doubles to force a supertiebreaker, but Chicago came up with the
match point to come away with the match and their fifth win of the season.

The final rematch of the 2020 WTT Finals takes place Friday, with the defending champion New
York Empire taking on the 2020 WTT runner-up Chicago Smash at 3 p.m.

Springfield looks to claim the No. 1 seed and regular season crown with one more win. The
regular season champion has the advantage of picking the order of play for the WTT Finals. The
Lasers take on the San Diego Aviators in Friday’s second match at 6 p.m.

All World TeamTennis matches will be held at the Indian Wells Tennis Garden. Tickets are
available for purchase online at wtt.com/tickets-2021. Due to requirements set by the Indian
Wells Tennis Garden, all fans in attendance will need valid proof of full COVID-19 vaccination to
enter the grounds for WTT matches.