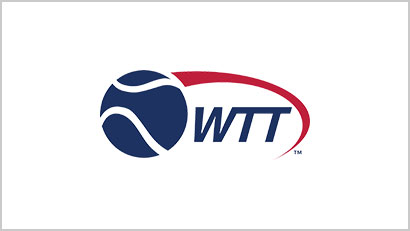 Quick Facts:
● World TeamTennis signed PIVOT Agency as the league’s Official Marketing Partner
● PIVOT Agency’s primary goal through the partnership will be to align blue-chip brands with the WTT
● In addition to partnerships, PIVOT Agency will lead West Coast expansion efforts for WTT

RANCHO SANTA FE, Calif. (October 7, 2020) — World TeamTennis has signed PIVOT Agency as the Official Marketing Partner of WTT for the 2021 season and beyond. The Walnut Creek based agency will immediately work with the WTT to increase sponsorship revenue, while also identifying potential ownership groups for West Coast expansion.

“PIVOT Agency has a proven track record of finding blue chip partners for marquee leagues in this country, and they’re the perfect fit for us as we continue to grow World TeamTennis,” WTT CEO Carlos Silva said. “Ben is a former college tennis player and loves tennis, and that passion along with his deep sports marketing knowledge is one of the many reasons we thought PIVOT was the right agency for the job. Coming off of our most successful season to date, it’s important to keep the momentum moving forward, and PIVOT will help us monetize that momentum.”

“As a lifelong tennis fan, I’m thrilled to partner with such a historic league with the potential to grow into a known entity on the worldwide sports stage,” PIVOT Agency CEO Ben Shapiro said. “WTT under the tutelage of Fred Luddy and Carlos Silva have really upped the ante for the league since they took over in 2019, producing metrics that show they’re ready to take the next step.”

PIVOT Agency has proven experience putting deals together with Major League Baseball, Major League Soccer, and the National Hockey League. The agency, which Shapiro founded in 2014, formed a partnership between MLB and Kingsford to bring baseball fans Taste of the Game, a multi-layered marketing campaign that promotes iconic cuisine from teams across the league. PIVOT also aligned Post Cereals as the Official Cereal of MLS, and drove $4 million in sales for the San Jose Earthquakes. And, in the NHL, PIVOT brought in $10 million in sales for the San Jose Sharks. Now, they’ll aim to match that success for the WTT.

The WTT was one of the first sports leagues to resume play following the nation-wide sports stoppage for Covid-19, starting their regular season schedule on July 12. The league championship drew a record TV viewership with 556,000 households tuning in on CBS. They also drew a viewership of 484,000 for a regular season match featuring Venus Williams just days earlier.