2020 Season in Review: Aviators Finish Challenging Season with a Win 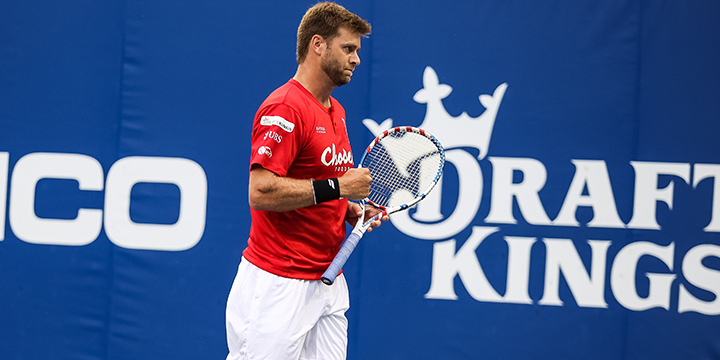 The San Diego Aviators had big hopes and high expectations heading into the 2020 World TeamTennis season. San Diego had won the King Trophy in 2016 and reached the WTT Finals in 2017, but with the high-level of competition, longtime Aviators Coach John Lloyd knew it was going to be a challenging season for San Diego.

The Aviators split their first six matches and with a 3-3 record were ready to make a strong charge to the WTT Playoffs, but several close losses set the tone for the rest of the season and San Diego dropped seven straight matches before closing the season with a victory to finish with a 4-10 record.

The Aviators were a very entertaining team to watch at The Greenbrier this summer. They fought hard every match, but two losses in a Supertiebreaker and three other close losses by two-game margins sunk their playoff hopes.

“We had a lot of challenges this year. Our biggest problem was not converting the many game points we had. We started pretty well, and had a lot of opportunities to get a lot of wins on the board,” Lloyd said. “The team and myself all felt we were so close to beating our rivals. We were all obviously disappointed with the losses.”

According to Lloyd, the Aviators had difficulty in putting together the consistent total team effort that helps win matches.

Trick Shots Presented by @ChosenFoods: Let's go Aviators! We have a 2021 King Trophy with our name on it.💥 pic.twitter.com/772wo7dlL7

“So many times, one bad set would cost us dearly. In this league, you need to be solid in all five sets, and unfortunately this was not the case for us,” Lloyd said. “Apart from one match, we were close against all the other teams. If we had been a little sharper when it mattered, we would have made the playoffs.”

The Aviators finished the 2020 World TeamTennis campaign just like they started —with a victory. Playing for pride, San Diego came through with a spectacular comeback victory over Chicago to bring their seven-match losing streak to an end.

“The last match was important because at least we finished on a winning note. We managed to stop what had become a bad losing streak,” Lloyd said. “It was obviously a frustrating season for the Aviators. We can and will do a lot better next season.”

Here is a match-by-match review of the Aviators 2020 season:

Sunday, July 12 — San Diego Aviators def. Orange County Breakers, 23-16
The Aviators began the 2020 World TeamTennis season with a victory as they defeated the Orange County Breakers 23-16 on Opening Night. The Aviators held a slim 18-16 lead after four sets but Ryan Harrison teamed with Nicole Melichar in mixed doubles to sweep Steve Johnson and Andreja Klepac of the Breakers 5-0 in 23 minutes to seal the win for San Diego.

Tuesday, July 14 — Vegas Rollers def. San Diego Aviators, 23-21 (EP)
The Vegas Rollers dealt the Aviators their first loss of the season with a 23-21 victory over San Diego in Extended Play. Sam Querrey of the Rollers opened the match with a 5-1 win over Ryan Harrison in men’s singles. The Aviators fought back, winning the last three sets of the match. In the final set of the match, Harrison and Jonny O’Mara edged Bob Bryan and Mike Bryan in men’s doubles 5-4, but fall short in Extended Play.

Wednesday, July 15 — Washington Kastles def. San Diego Aviators, 21-19
The Aviators lose their second straight match as they drop a 21-19 decision to the Washington Kastles. San Diego won the first three sets of the match to take a 15-11 lead at halftime. The Kastles began their comeback as Bernarda Pera got past Christina McHale of the Aviators 5-3 in women’s singles to cut the Aviators lead to 18-16. With the momentum in their favor, the Kastles completed their comeback in mixed doubles when Marcelo Arevalo and Arina Rodionova defeated Jonny O’Mara and Nicole Melichar of the Aviators 5-1 in 22 minutes.

Friday, July 17 — Orlando Storm def. San Diego Aviators, 22-21 (STB)
The Orlando Storm handed the Aviators their third straight loss as San Diego falls 22-21 in a Supertiebreaker. The match featured three-hours and 20 minutes of thrilling World TeamTennis action that went down to the wire. The highlight of the evening was men’s singles as Ryan Harrison faced Tennys Sandgren of the Storm. With Orlando leading 17-15, Harrison won a hard-fought 5-4 set over Sandgren in 40 minutes to send the match to Extended Play. Harrison then won one game to tie the match at 21-21 to force a Supertiebreaker. Sandgren came through with a 7-5 win over Harrison in the Supertiebreaker. The Aviators fell to 1-3 on the season. 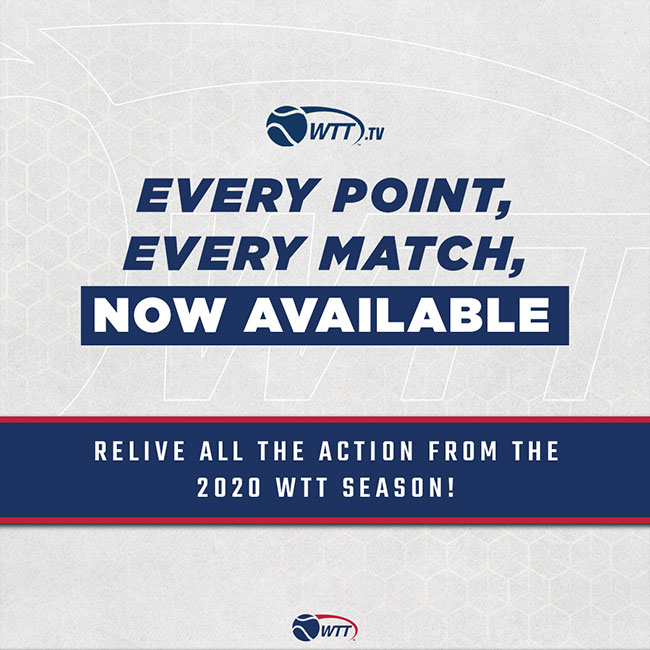 Saturday, July 18 —San Diego Aviators def. Vegas Rollers, 20-15 (EP)
The Aviators snapped a two-match losing streak with a 20-15 victory over the Vegas Rollers in Extended Play. San Diego built an early 10-3 lead after winning mixed doubles and women’s singles to open the match. In the final set of the day, with the Aviators leading 18-10, Sam Querrey of the Rollers cruised past Ryan Harrison 5-1 in men’s singles to cut San Diego’s lead to 19-15. Harrison then won the first game in Extended Play to wrap up the victory for San Diego.

Sunday, July 19 — San Diego Aviators def. Orange County Breakers, 20-14
San Diego made it two wins in a row as the Aviators came through with an impressive 20-14 victory over the Orange County Breakers. The Aviators began the match by winning men’s singles, mixed doubles and men’s doubles to take a 15-9 lead. The Breakers rallied to cut the lead to 15-14 when Jennifer Brady blanked San Diego’s Christina McHale 5-0 in 31 minutes. CoCo Vandeweghe and Nicole Melichar then put the match away for the Aviators in women’s doubles as they swept past Gabriela Dabrowski and Andreja Klepac of the Breakers 5-0 in 20 minutes. San Diego’s season record improved to 3-3.

Monday, July 20 — Chicago Smash def. San Diego Aviators, 20-16
The expansion Chicago Smash broke the Aviators two-match win streak with a 20-16 win over San Diego in the first-ever World TeamTennis meeting between the two teams. Rajeev Ram and Bethanie Mattek-Sands opened play in mixed doubles with a convincing 5-1 victory over Jonny O’Mara and CoCo Vandeweghe in 22 minutes. Chicago later increased its lead to 14-8 when Ram and Evan King defeated O’Mara and Ryan Harrison of the Aviators 5-3 in men’s doubles. Vandeweghe and Nicole Melichar then scored a stunning 5-1 win over Mattek-Sands and Eugenie Bouchard in women’s doubles to cut Chicago’s lead to 15-13. Brandon Nakashima, a San Diego resident, came through for the Smash with a 5-3 victory over Harrison in men’s singles to close out the match.

Wednesday, July 22 — New York Empire def. San Diego Aviators, 20-19 (STB)
In one of the most entertaining matches of the season, the Aviators lose a heartbreaker as they fall to the eventual WTT champion New York Empire 20-19 in a Supertiebreaker. After splitting the first four sets, Jack Sock and Neal Skupski of Empire edge Jonny O’Mara and Ryan Harrison 5-4 in a 36-minute men’s doubles thriller. With the score knotted at 19-19, Sock and Skupski win the Supertiebreaker 7-5 to seal the win for New York.

Thursday, July 23 — Springfield Lasers def. San Diego Aviators, 22-18
In the only head-to-head meeting between San Diego and Springfield this season, the two-time defending champion Lasers win four of five sets in a 22-18 victory over the Aviators. The highlight of the day for San Diego came in Men’s Singles as Ryan Harrison powered his way past Mitchell Krueger in 24 minutes. The Lasers held a narrow 12-10 lead after men’s singles and went on to clinch the match with 5-4 wins in mixed doubles and women’s doubles.

Saturday, July 25 — Washington Kastles def. San Diego Aviators, 23-16
The Washington Kastles completed a two-match sweep of the Aviators this season as they defeated San Diego 23-16. The Kastles, who led from start to finish, captured four of the five sets. CoCo Vandeweghe and Nicole Melichar gave the Aviators a boost in the third set of the match when they scored an impressive 5-3 victory in women’s doubles over Washington’s Venus Williams and Arina Rodionova. With their fourth straight loss, the Aviators fell to 3-7.

Sunday, July 26 — Philadelphia Freedoms def. San Diego Aviators, 20-18
In one of the most frustrating losses of the season, the Aviators fell to the Philadelphia Freedoms 20-18. San Diego grabbed the early momentum, winning mixed doubles, women’s doubles and men’s doubles to take a 15-10 lead heading into halftime. The Freedoms began their comeback in women’s singles when Sofia Kenin took 34 minutes to get past Christina McHale of the Aviators 5-2. With the Aviators leading 17-15, Taylor Fritz completed Philadelphia’s comeback with a dominating 5-1 performance against Ryan Harrison in men’s singles.

Following the match, just before Sunday’s trade deadline, the Aviators dealt CoCo Vandeweghe and Nicole Melichar to the New York Empire in return for Sabine Lisicki and Kveta Peschke.

Monday, July 27 — Orlando Storm def. San Diego Aviators, 19-15 (EP)
The Aviators fell to Orlando for the second time this season following a 19-15 loss to the Storm in Extended Play. Orlando built a commanding 15-5 lead by winning mixed doubles, women’s singles and men’s singles to open the match. Christina McHale teamed with Kveta Peschke for a 5-1 win in women’s doubles over Jessica Pegula and Darija Jurak of the Storm. With Orlando leading 16-10, Jonny O’Mara and Ryan Harrison of the Aviators defeated Ken Skupski and Tennys Sandgren 5-2 in men’s doubles to send the match to Extended Play. The Storm quickly secured the victory, winning the first game in Extended Play. San Diego’s season record dropped to 3-9.

Tuesday, July 28 — Philadelphia Freedoms def. San Diego Aviators, 24-19
San Diego lost to Philadelphia for the second time in three days as the Freedoms posted a 24-19 win over the Aviators. Once again, the Aviators fell behind early and their late-match comeback fell short. Philadelphia established a 15-10 lead after opening the match with victories in men’s singles, women’s singles and mixed doubles. Kveta Peschke and Christina McHale of the Aviators edged Caroline Dolehide and Taylor Townsend 5-4 in women’s doubles. With the Freedoms leading 19-15, Fabrice Martin and Donald Young closed out the match for Philadelphia with a 5-4 win over Ryan Harrison and Jonny O’Mara in men’s doubles. The match was the seventh straight loss for San Diego.

Thursday, July 30 — San Diego Aviators def. Chicago Smash, 23-22
After being mathematically eliminated from the WTT Playoffs earlier in the week, the Aviators played for pride and snapped a seven-match losing streak with a hard-fought 23-22 comeback victory over the playoff-bound Chicago Smash. San Diego’s season-ending winning effort saw the Aviators trailing the Smash 19-15 heading into the fifth and final set of the day — women’s doubles. Kveta Peschke and Christina McHale of the Aviators overcame Bethanie Mattek-Sands and Eugenie Bouchard 5-3 to send the match into Extend Play where McHale and Peschke won two games to tie the match at 22-22. McHale and Peschke completed the comeback by winning the Supertiebreaker 7-5. San Diego finished the 2020 World TeamTennis season with a 4-10 record.