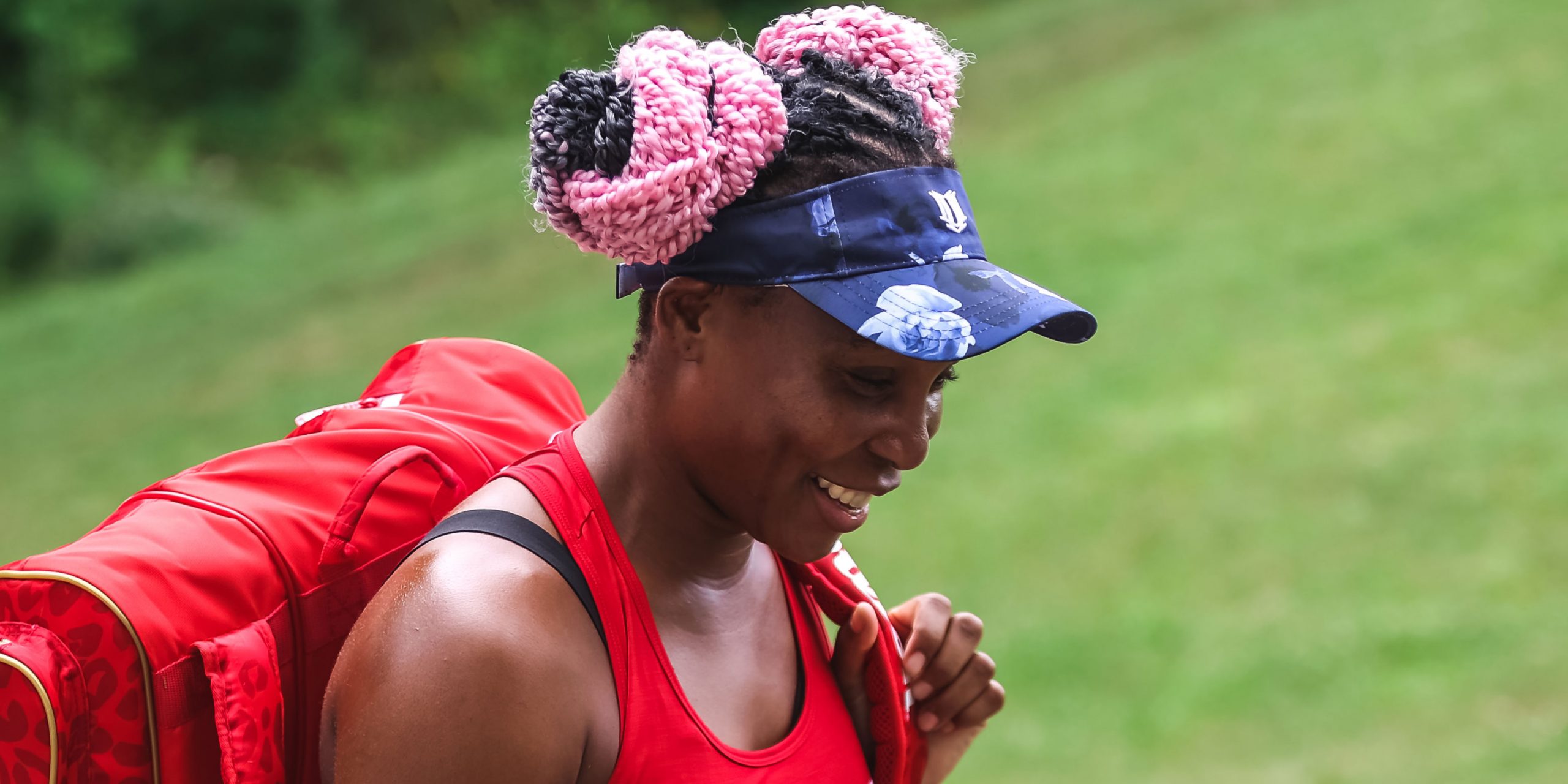 In her 2020 debut playing for the Washington Kastles, she teamed up with Arina Rodionova, dropping a tight tiebreak set to Philadelphia Freedoms’ Taylor Townsend and Caroline Dolehide.

There’s arguably no better female partner on the planet given Williams has won 14 Grand slam titles and three gold medals (all with Serena Williams). Many players have faced off against her, but few have played alongside her.

“I was so scared at first. I was like ‘What do you want me to do? Please tell me,’” Rodionova said. “I’ve never played with her, so it was quite scary. But she’s super nice and she’s awesome to play with.”

As early as the second point, Williams slapped a monster winner from the baseline.

“I was like, yeah, look at that look, look at what she can do!” Rodionova said “It was fun.”

Williams returned for mixed doubles alongside Marcelo Arevalo, winning 5-4 to force the match into Extended Play.

#WTT2020: Now THAT'S how you make an entrance @Venuseswilliams-style! Queen V returns to action with the @WashKastles TODAY when they face off against @BillieJeanKing's @PhillyFreedoms at 9AM ET on @FacebookWatch and @CBSSports Digital! #EveryLegendCounts pic.twitter.com/fgQWUipVgZ

“That was amazing,” Arevalo said. “Since I saw that Venus was part of the team, I think that was my goal to actually play mixed doubles with her just because she’s a legend. It’s just crazy to be part of the team with her.”

As the No. 57 doubles player in the world and having reached the Australian Open quarterfinals this year, Arevalo is no slouch, but he can’t have have even dreamed of pairing with a Williams sister.

“Besides WTT, I don’t see any other tournaments where I could play with Venus,” he said.

The same goes for Rodionova, who is ranked No. 69 in doubles but realistically would never receive the call ahead of sister Serena Williams. The team deficit against Arevalo and Venus would prove too large as Philadelphia served it out to for a 25-17 victory.

Philadelphia’s coach Craig Kardon knew what to expect, given he’s been coaching on tour for 30 years and has spent over a decade with WTT.

“I know Venus no matter how she looks in warmup or practice, when the bell rings she’s going to come out,” he said. “I think everybody respects her. It’s nice to have her as a part of WTT, but you know you’re going to be in a tough fight when she’s involved.”

Kardon’s players Townsend and Dolehide didn’t even flinch at who was across from the net from them.

“She’s just like every other player is what you have to go into it saying,” Kardon said. “But when it gets tight, when it’s really on the line, the best players are going to get the ball in the court.”

Even Williams’ teammates try to treat her like everyone else, despite her illustrious resume. It’s the only way to work together this season.

“It’s not intimating,” Washington’s Tommy Paul said. “It’s cool though. She’s awesome. She came out serving big today. Hopefully, we can get her in a couple more matches.”

“I know her quite well, she’s a champ,” Rodionova said. “She’s an awesome player regardless of how many matches she plays. It’s a great experience for me. It’s a lot of fun, and she really cares for the team and that’s all we can ask for.” 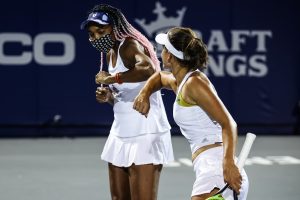 The 40-year-old spent the start of the season on the bench, oftentimes with her mask on. She’s understandably extra cautious since she has an autoimmune disorder called Sjogren’s Syndrome. In Florida during the shutdown, she stayed at home and in shape during with daily Instagram Live workout sessions. Calling herself Coach Venus, she sweated it out with the likes Naomi Campbell, Grigor Dimitrov, Caroline Wozniacki and Serena. One positive of the quarantine is that her fans got to see just how relatable she can be, and they’re seeing it again this month at The Greenbrier.

The results on Friday almost didn’t matter as it’s just exciting to see Williams hitting balls in Creekside Stadium. Even when she’s not swinging a racket, she’s adding to the WTT spirit by dancing and cheering.