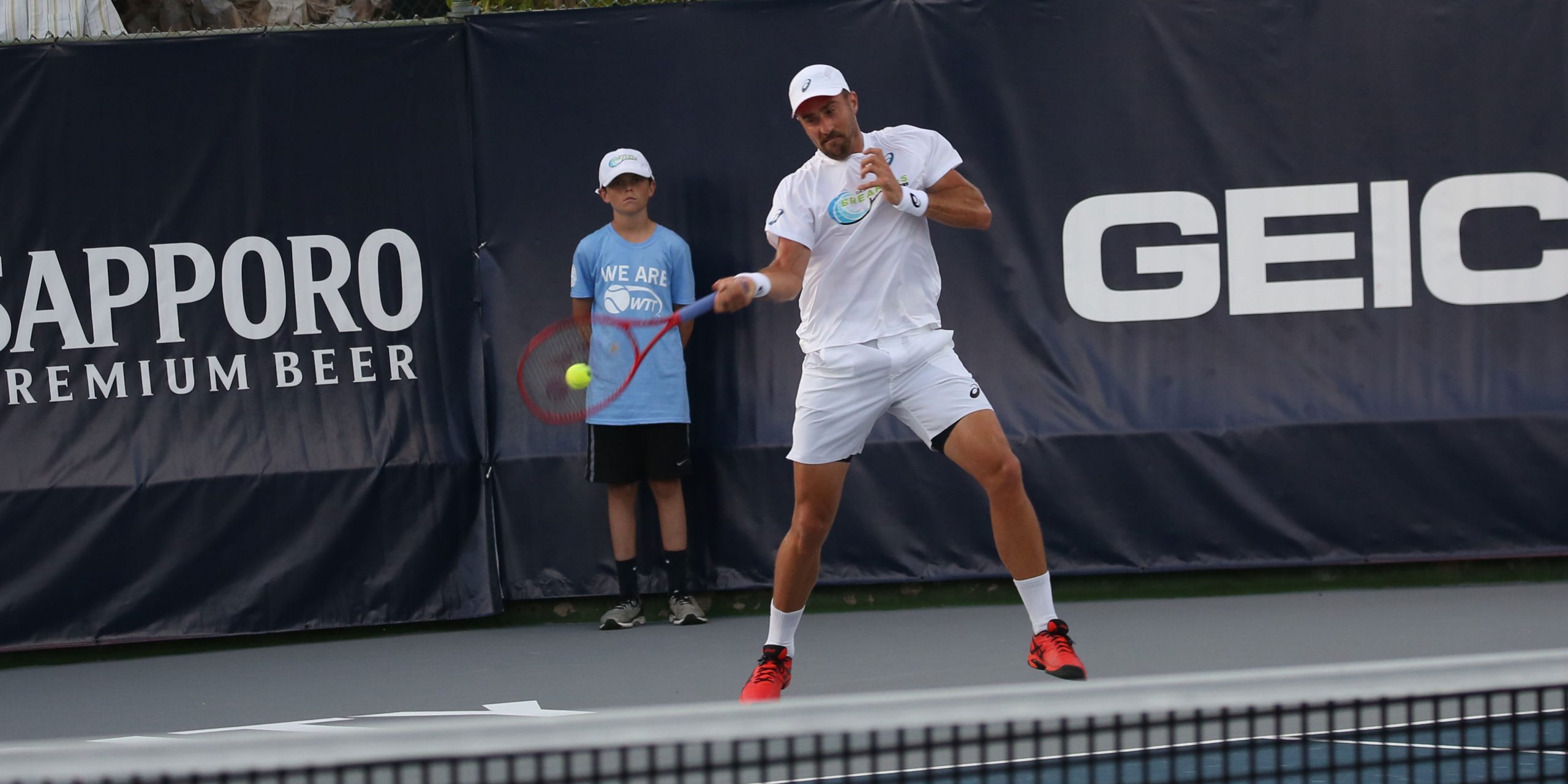 A veteran of World TeamTennis who has been involved with the league for almost two decades as a player and coach, Orange County Breakers coach Rick Leach believes the 2020 season at The Greenbrier in White Sulphur Springs, West Virginia will be the best in its illustrious 45-year history.

“This will be a perfect stepping stone for the players to get ready for Cincinnati and the US Open. I think it is just very attractive for the top players right now, to get some tight match experience, pressure-filled matches,” Leach said. “And that gets you ready for grand slams. I always felt like as a player I’d be playing so well after the WTT season because every point is so important in that format, the no-add scoring going to five. You’re sharp. And I think that’s why everyone wants to play.”

The 2004 and 2017 league champions will look to rebound from a couple of down years by returning three players from last season, as well as one newcomer in Jennifer Brady. Although the WTA and ATP tours have not resumed yet, three of the four players have stayed active by competing in tournaments and exhibitions to stay match ready.

Brady, a three-time All-American in college who helped UCLA win the NCAA team championship in 2014, made her league debut last season as a member of the Vegas Rollers and Washington Kastles.

Holding WTA rankings of 48 in singles and 72 in doubles, Brady played three exhibition matches in Orlando in early June before also competing at the Credit One Bank Invitational in Charleston. On the clay there, she earned straight set wins over former grand slam champions Victoria Azarenka and Sloane Stephens, which especially impressed her coach for the next three weeks.

“In World TeamTennis you have got to come out firing. You don’t have time to work yourself into the match. I watched Jen beat Sloane in Charleston two weeks ago and I love her game,” Leach said. “Her forehand is huge and her serve is really big. For WTT I think that’s awesome. I think she’s going to be amazing and I think she can beat anybody in the world the way she’s playing right now.”

Back with the Breakers for a fifth season, Steve Johnson is coming off a successful showing during the Fourth of July weekend at the DraftKings All-American Team Cup, as he amassed victories over young stars Reilly Opelka, Tommy Paul and Taylor Fritz.

“We had such a long layoff, so it’s kind of hard to get those competitive juices going,” Johnson told Tennis Channel. “Miami maybe didn’t go my way, but it was good to be back out there, get the feeling how to play, how to compete. I’m just really happy with my growth this week.”

Right before the ATP Tour shut down in March, Johnson won the Oracle Challenger Series event at Indian Wells. The former USC superstar sealed the title with wins in the semifinals and final over fellow WTT comrades Mitchell Krueger and Jack Sock.

Currently ranked 63rd in the ATP singles rankings, the former two-time NCAA singles champion has remarkably remained in the top-100 for six straight years without dropping out.

Another familiar face for Breakers fans on the roster is Andreja Klepac. Following the momentum of last season’s WTT season, Klepac won three of her final four tournaments to end the 2019 season including the biggest title of her career at the WTA Premier 5 event in Cincinnati.

With a career-high WTA doubles ranking of 12, the 2017 WTT Female MVP currently sits at No. 30 in the rankings. The Slovenian also has already participated in a team tournament this summer, competing in the Mima Jausovec Cup back in her home country for charity.

Luke Bambridge returns to the Orange County Squad for a second straight season and has a current ATP doubles ranking of 52. The Brit is 9-5 on tour this season with a title in Auckland and runner-up finishes in Doha and Delray Beach.

Although he has not participated in any official exhibitions or tournaments like his teammates, he did get engaged last month. La Bam, as his teammates love to call him, could use some of his free time the next few weeks at The Greenbrier to scout a possible wedding location at the beautiful West Virginia resort.

Currently, the lone team in the league with just four players, the roles of the players on a nightly basis will be clear, with Johnson and Brady handling singles duties while Bambridge and Klepac will focus on doubles. Coach Leach sees this as a positive and is excited about the makeup of his roster.

“Stevie’s a great doubles player. Stevie and Luke will be an awesome team. I think they’ll be one of the best in the league,” Leach said. “They’re both great doubles players, Luke has so much energy and he has a big serve, forehand as well. I like our team; I like everybody’s specific role. They know what they’re going to have to do. There’s no I’m going to take you out and put this person in.”

Orange County kicks off their season on July 12th at 5 p.m. PT/8 p.m. ET against the San Diego Aviators in a SoCal rivalry. With many sports still not back up and running due to the pandemic and other logistical factors in play, Leach believes the historical league is primed for great success once again.

“We’re really one of the few games in town, there is not a lot going on in sports these days,” Leach added. “So, it’s going to be great just to have sports up and running, and be on platforms like ESPN, Tennis Channel and CBS Sports. I really think it’s going to be the best WTT season ever.”