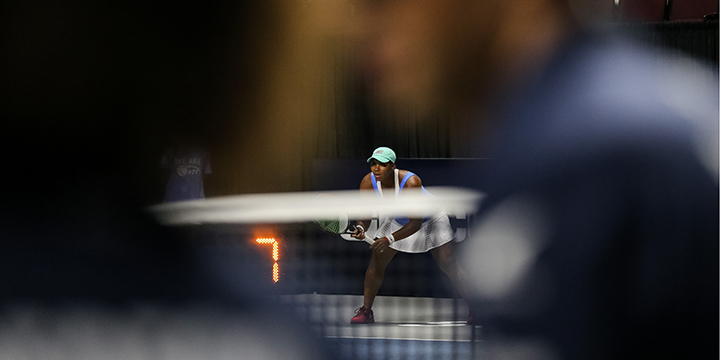 When the Philadelphia Freedoms were eliminated from the 2019 WTT Playoff in the semifinals, coach Craig Kardon had one final discussion with his team about how proud he was of their efforts, which included a first-place regular-season finish for the second consecutive year before turning his thoughts toward 2020.

Little did Kardon (or anyone else) know just four months before the start of the 2020 season the entire world would be turned upside down by the COVID-19 pandemic.

After nearly three months of quarantine, the country is starting to reopen and recently WTT CEO Carlos Silva made the announcement the 45th season of WTT would take place – the major difference being – in one location.

When the Freedoms and the other eight teams take the court to battle for the coveted King Trophy, they will do so at the historic Greenbrier in Sulphur Springs, West Virginia.

“I am very excited the World TeamTennis season will proceed,” Kardon said in a recent interview. “Tennis in general takes the right precautions to play safely. WTT has always been a leader so give people entertainment in a safe manner is really nice.”

Aiming for a third consecutive appearance in the postseason, Philadelphia will rely on Taylor Townsend (2018 Female MVP), Fabrice Martin (2016 Rookie of the Year) and Donald Young to show the way for WTT rookies Sophia Kenin and Caroline Dolehide, currently ranked the world’s No. 3 ranked women’s doubles player.

“Taylor (Townsend), Fabrice (Martin) and Donald (Young) will be great leaders as they always have been for our younger players getting their first experience of World TeamTennis,” said Kardon. “They have always been about putting the team first and doing what’s best for the team.”

Take a look at the moment Head Coach @ckardon announced that @Taylor_Fritz97 would be joining the squad during our virtual event presented by @AnthemInc. @BillieJeanKing was excited to hear that Taylor will be #ServingFreedom this 2020 @WorldTeamTennis season 👊

Before the pandemic, Kenin, currently the world’s No. 4 ranked singles player, was originally supposed to play only a few matches but she has since agreed to play the entire season. This decision accommodates the WTT requirement that all players be on-site for the full three weeks of competition to minimize health risks.

“We’re thrilled to welcome Sofia to play the full season for the Freedoms,” Perry said. “To have the No. 1 American player on our team is very special. This being her first season of WTT, she will have the opportunity to play a lot of matches in the WTT format and acclimate to its different style of team play and cumulative scoring.”

After coming close the past two years to capturing the franchise’s third WTT title, the Freedoms are excited to have another opportunity with a talented roster.

“We would like nothing better than to win the title,” said Kardon. “It stings a little bit that we have not won the past couple of years but to have the core group returning coupled with our new players we are certainly excited for the upcoming season. We know it will be tough, but we will be prepared.”

The Freedoms have also added the big-hitting American Taylor Fritz. The right-hander is currently ranked No. 24 in the latest ATP Rankings.