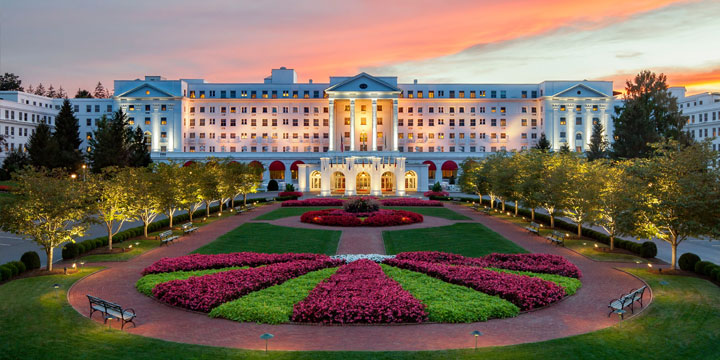 All 66 Matches – Contested Among WTT’s Nine Teams, Including New Chicago Franchise – Will Be Televised or Live-Streamed on CBS, CBS Sports Network, Tennis Channel, ESPN+ and WTT.com

World TeamTennis announced it has committed to play the entirety of its 45th season at The Greenbrier “America’s Resort” in White Sulphur Springs, West Virginia. This will be the first major professional tennis league to resume operations since the worldwide outbreak of COVID-19.

WTT’s schedule will include at least three matches per day at The Greenbrier’s 2,500-seat outdoor stadium, with an indoor court to be installed as a backup option, for the league’s nine franchises – the expansion Chicago Smash, New York Empire, Orange County Breakers, Orlando Storm, Philadelphia Freedoms, San Diego Aviators, 2018 and 2019 WTT champion Springfield Lasers, Vegas Rollers and Washington Kastles. The matches are scheduled to begin anywhere from 10 a.m.-7 p.m. ET (subject to changes in broadcast schedules).

In accordance with state health guidelines, WTT will allow up to 500 fans (20% capacity) to attend its outdoor matches. Ticket pricing and access points will be announced at a later date. 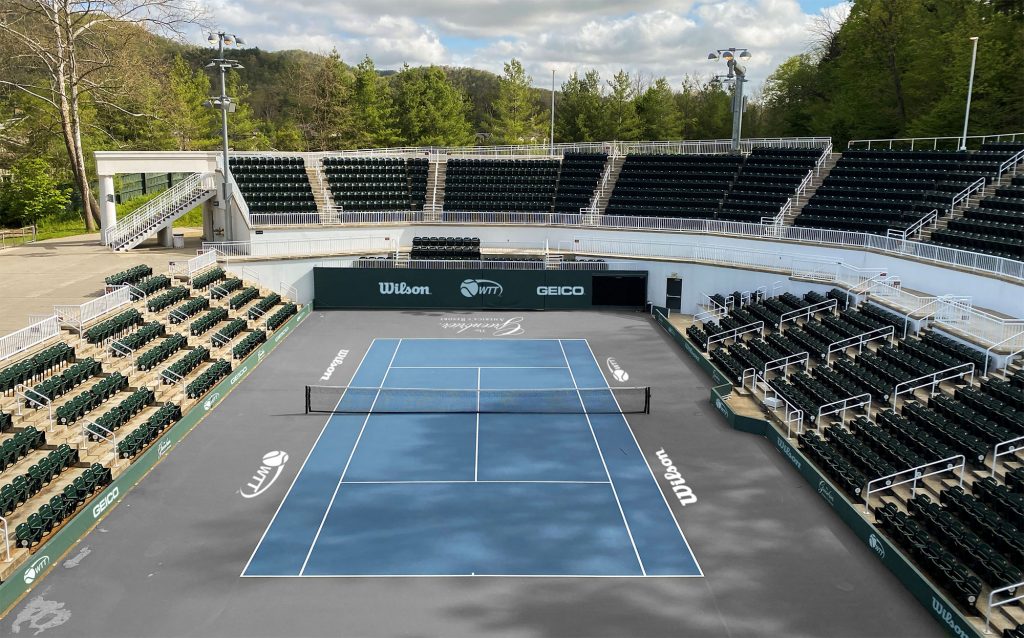 The 2020 World TeamTennis season will be powered by Universal Tennis Rating (UTR), the world’s most accurate tennis rating system. All WTT matches will count towards players’ UTR rating, and myutr.com technology will be used to set daily matchups by WTT team coaches and be integrated in WTT’s media broadcasts throughout the three-week competition.

All of WTT’s 2020 regular season and playoff matches will be televised or live-streamed on media partners CBS, CBS Sports Network, Tennis Channel, ESPN+ and/or WTT.com, the league’s official website. World TeamTennis’ complete regular season schedule and its daily broadcast schedule will be announced on WTT.com at a later date.

“All of us at World TeamTennis are extremely grateful to be able to play the 45th World TeamTennis season and present professional tennis to our sports-starved and tennis-starved audiences through our media partners at CBS Sports, ESPN and Tennis Channel,” WTT CEO Carlos Silva said. “The overwhelming feedback from our players is that they want to play WTT and are comfortable in doing so in a safe environment, which is our number one priority. West Virginia has among the nation’s fewest cases of COVID-19 and I’m grateful to The Greenbrier, the city of White Sulphur Springs, and Dr. Jill Justice for being so welcoming and allowing World TeamTennis to play on in 2020.”

“We’re thrilled to welcome World TeamTennis to West Virginia and The Greenbrier,” said Dr. Jill Justice, President, The Greenbrier. “America’s Resort has a rich history with professional tennis, and we’re excited to write another chapter and add to the storied history of World TeamTennis.”

World TeamTennis will follow the direction of local and state government officials in West Virginia while adhering to all health and safety protocols set forth by the Center for Disease Control (CDC), and take every precaution to ensure the safety of its players, coaches and essential staff in executing the operation of its matches. WTT will engage with its teams and league and venue personnel in conducting all necessary testing and screening for COVID-19, as well as outfitting all parties with the personal protective equipment (PPE) necessary to conduct its 2020 season matches while preserving the health and safety of everyone at The Greenbrier over the three-week season.

WTT introduced professional team tennis in 1974, with Billie Jean King serving as its co-founder. WTT is one of five active U.S. pro sports leagues which has been in operation for over 40 years, along with the NFL, NBA, NHL and MLB. For more information on World TeamTennis, please visit WTT.com.