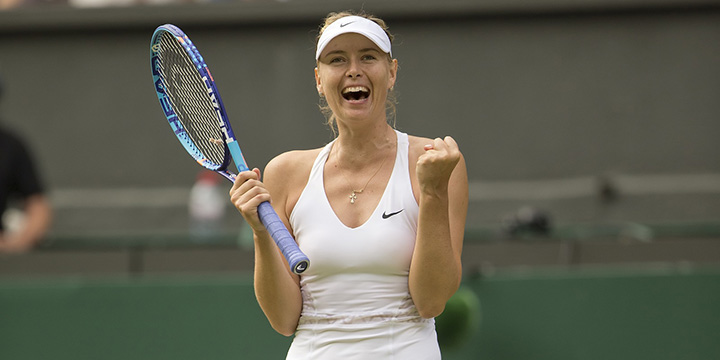 NEWPORT BEACH, CALIF. – Former world No. 1 Maria Sharapova will return to the Orange County Breakers this July for two World TeamTennis matches. Sharapova, who will be entering her eighth season with the Breakers, is scheduled to play the July 28 and 29 home matches in Newport Beach.

“I’m excited to be back with the Breakers again,” said Sharapova. “The competition in World TeamTennis is always strong and I am looking forward to playing in the team format again.”

Excited to join 2020’s @WorldTeamTennis Celebrity All-Star Event, Feb. 29 - Mar. 1 at @OmniLaCosta. Get details and ticket information https://t.co/t292rumTkE and be sure to watch us on @CBSSports April 4 at 1:30 PM ET. #WTTAllStar pic.twitter.com/7SfvnzYO0f

Sharapova, who is one of just six WTA players in the Open Era to complete a Career Grand Slam, has 36 WTA singles titles to her name. Sharapova was a WTT regular during the early stages of her career, and the 2020 season marks her first appearance for the Breakers since 2017. This will be the ninth overall WTT season for Sharapova, who first played WTT in 2002 as a 15-year-old rising star.

“We are very excited to have Maria back with the Breakers,” said Breakers coach Rick Leach. “She is one of the toughest competitors out there and she has put together an incredible career. She’ll be a great asset to the team, and I know our fans are looking forward to watching her play.”

Aside from her on-court success, Sharapova has her own Nike apparel collection, a candy line named Sugarpova and released her book “Unstoppable: My Life So Far” in 2017.

The Breakers signed Sharapova as a Marquee Player during the Free Agency period, which began on December. 1, 2019. During Free Agency teams can sign players who were on their team the previous season or players who did not participate in WTT in 2019. The Free Agency window closes March 17,2020.

“I’m really looking forward to playing WTT for the Breakers again in 2020,” said Johnson. “I always enjoy the team format, atmosphere and playing in Orange County. The rest of the roster is shaping up nicely and I think we’ll be able to make a run at the King Trophy.”

OC also extended the contracts of 2017 World TeamTennis Female MVP Andreja Klepac and World No. 51 doubles standout Luke Bambridge. Both players, who came to terms on full-season deals with the team, were brought back as protected players.

“It’s great to have two experienced WTT players return to lead our doubles teams,” Leach said. “Doubles is three of the five sets in WTT, so it is really important to have strong doubles sets and players who understand the pressures of the format. Andreja is a former MVP and Luke had a breakout rookie season last summer, so we are excited to take the next step with them this summer.”

The Breakers finalized their 2020 roster with the addition of Kristyna Pliskova.

The Czech standout, who ranks highly in both singles (WTA No. 64) and doubles (WTA No. 52) should be one of the top players in WTT in 2020. Pliskova is expected to anchor the team in women’s singles while also playing doubles alongside 2017 WTT MVP Andreja Klepac.

Pliskova, who currently holds the WTA record for most aces in a match at 31 (vs. Puig-2016 AO), has two WTA singles titles and six WTA doubles titles to her name. The 2020 WTT season will mark Pliskova’s second WTT season, but first in Orange County.

“We are very excited to add Kristyna to our roster,” said Breakers General Manager Allen Hardison. “I owe my wife credit, who was the one who helped persuade Kristyna to play through a series of texts, but to me this addition helps give us one of the best rosters in WTT.”