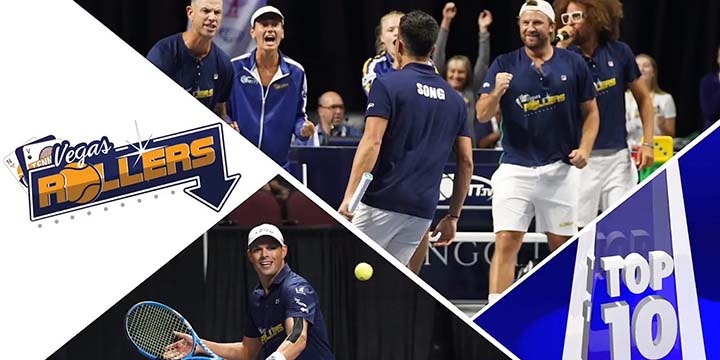 We thought it would be a great time to take a look back at some of the best performances of the 2019 World TeamTennis season. Share your picks, thoughts and comments with us on social media using #WTTop10!

The Vegas Rollers put on a show, on and off the court this season in the Entertainment Capital of the World. Vegas finished the season 6-8, tied for fifth place. The top four teams made the playoffs, which saw the Springfield Lasers repeat as champions, ironically with a borrowed player from the Rollers, Evan Song.