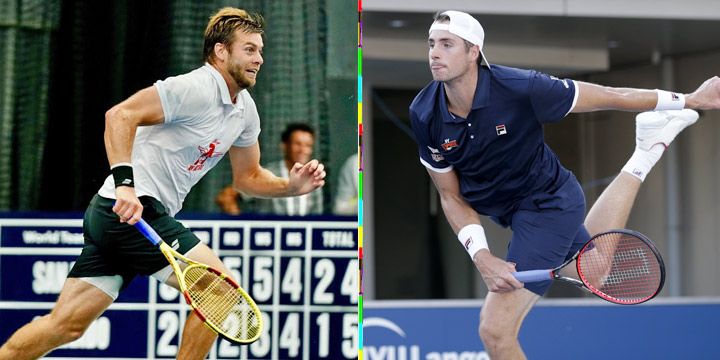 Ryan Harrison is one of three current San Diego Aviators scheduled to take part in the 2020 WTT Celebrity All-Star Match. The WTT All-Star event is scheduled for March 1st at the Aviators home court, the Omni La Costa Resort & Spa. WTT superstars Taylor Fritz and CoCo Vandeweghe are scheduled to join their San Diego teammate at the event.

“I love playing for the Aviators,” Harrison said. “The atmosphere at WTT is great. You can do more trash talking and be more vocal. It feeds into my personality.”

Harrison is not only a WTT All-Star, he was also a Franchise Player in 2019 for the Aviators.

His performance keyed the Aviators to a season-opening victory against the New York Empire on July 14th at the Cary Leeds Center for Tennis and Learning.

Harrison clinched the win with a victory in the final event of the night, while his sister-in-law Christina McHale won both of the sets she played to lead visiting San Diego to a 23-11 win against the New York Empire in the first official match of the 2019 World TeamTennis season.

“We have a lot of belief in each other’s games, and it’s great to be on the same team. It’s a lot of fun,” Harrison, who is married to McHale’s sister, Lauren, said after the match.

Harrison sealed victory with a 5-2 win against New York’s John Isner in Men’s Singles, as he broke his big-serving compatriot to love in the first game of the set, and added another break to end it.

“Both of those guys [Harrison and Isner] serve so well,” WTT analyst Sam Groth said. “Ryan got a break early in the set and that just set the tone for the night. He just knew where John was serving, and he was able to put the racquet on the ball.”

Harrison felt he took his game to the next level while reading New York’s 6’10 big-serving Franchise Player.

“Against John, you just kind of get a feel for where you think he’s going to go [on serve], and hopefully lean the right way,” Harrison said.”There’s really not much to it other than trying to guess the right side, and then if you guess the right side, you’ve got to make those. You don’t always guess right…but I felt like I did a good job [against Isner.”]

Check out the entire Men’s Singles match between Harrison and Isner.