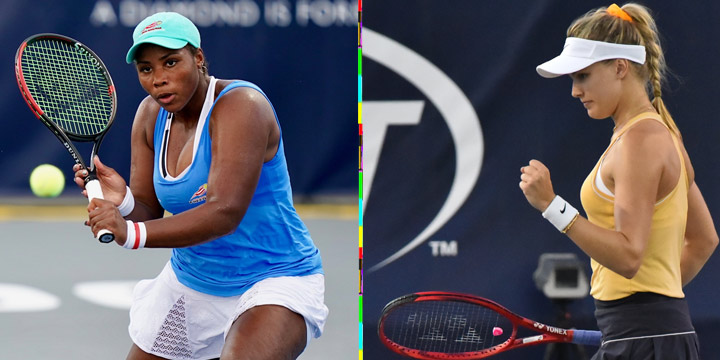 A typical World TeamTennis match is built on momentum. There is little time to dwell on a win or a loss because of the speed of the schedule.

The OC Breakers dropped a heartbreaker of a match against the defending champion Springfield Laser in Game 5 of the 2019 season. But there was little time to reflect on that match because Game 6 brought in one of the WTT’s strongest teams, the Philadelphia Freedoms, 24 hours later.

The Breakers added Genie Bouchard as a featured player against the Freedoms. The former top-5 in the world player would have quite the challenge with her Women’s Doubles partner, Andreja Klepac as they faced the WTT’s top Women’s Doubles team Taylor Townsend and Raquel Atawo.

The Freedoms’ duo had won 79 percent of the matches a week into the 2019 season.

Bouchard and Klepac would be up for the challenge.  They beat Philadelphia’s Townsend and  Atawo 5-2 in Women’s Doubles, handing the Freedoms duo its first loss of the season.

The Breakers withstood a late Freedoms rally and hung on for  a 20-19 win.

“Basically one point decided the whole match tonight,” said Bouchard after the match to the media scrum. “It can’t get more stressful than that. It’s interesting, because in normal tournaments you don’t play with this sudden-death. It’s cool to put yourself out there like that.”

She added that rules of World TeamTennis is one of the many things she loves about the experience.

“The atmosphere was awesome,” she said. “For the last two matches to go down to a deciding point just shows how cool World TeamTennis is, and how different it is from normal tournaments. That’s why I keep coming back, it’s my fourth year.”

if patriots win we go on a date?

Bouchard is a ‘must-follow’ in the tennis social media universe. She knows how to use all 280 characters in a Tweet. In 2017, she – along with the rest of the football-watching public thought the Atlanta Falcons would defeat the New England Patriots and win Super Bowl LI.

She was so sure the Falcons would win; she took it to Twitter.  John Goehrke, a New England fan, replied to her Tweet and proposed they go on a date if the Patriots could overcome a 26-3 deficit at halftime.

Every Atlanta Falcons fan and New England Patriots hater can tell you what happened next.

The two attended a Brooklyn Nets game and in 2018 they both were guests of the NFL at Super Bowl LII.

Maybe next year Genie and John can attend an OC Breakers match?