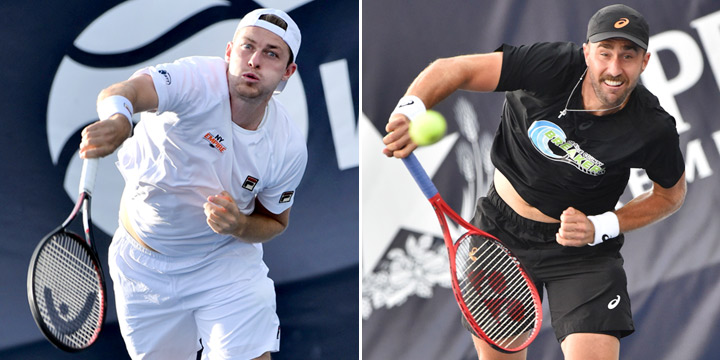 This week, the New York Empire star and 2019 WTT Male MVP Neal Skupski shared his memories on why Men’s Doubles versus the Orange County Breakers was one of his favorite sets of the year.

When the Empire faced the Breakers at Breakers Stadium at Palisades Tennis Club on July 24th, the Empire were in the middle of a grinding road trip. The match against the Breakers was critical for New York’s playoff hopes.

“We had lost to OC earlier in the season at home and we wanted to get our own back to keep us in the race for the playoffs,” Neal Skupski said.  “The match was going back and forth and everyone was playing at a high level because they knew what was on the line.”

The Breakers were up 16-15 headed into the final set of night, Men’s Doubles. Head coach Luke Jensen had paired Skupski up with Ulises Blanch. The New York duo would face Luke Bambridge and two-time NCAA singles champion Steve Johnson, who had won 11 of his 13 first serve points to earn a 10-minute 5-0 bagel over Blanch earlier in the evening.

All the drama that one expects at a World TeamTennis match was on display. The 80’s pop-metal classic ‘The Final Countdown” by Europe blared through the stadium before the serve. If the Breakers could win the set, the match would be over, giving OC the win and putting a damper on the Empire’s playoff hopes. But if the Empire could win the set by at least two games, 5-3, 5-2, 5-1 or 5-0 — the Empire would be victorious. If the Empire won by a score of 5-4, the match would head into a Supertiebreaker.

“It came down to Men’s Doubles and me and Ulises took on Bambridge and Johnson,” Skupski continued.  “We had played good doubles throughout the season so we were confident going into the match but we were down by one set going into the contest. Playing against a fellow Brit (Bambridge) also added some spice. I remember Uli and myself were getting so fired up during the doubles and trying to bounce off each other to raise our level to get the W for the Empire.”

The match featured maestro-like play on both sides of the net, including a daring between-the-legs shot from Johnson.

Skupski remembered when the momentum swung to the Empire.

“The turning point in the match was at 3-3 with OC serving,” he said. “You could tell that it was getting tense because some errors were creeping in and the crowd were getting fully involved. We managed to break serve that game to go ahead 4-3 and level the overall score.”

Skupski used his usual arsenal of shots that night, but was espciallly impressive with his lob.

“You think of the lob as defensive, but is such an offensive shot. You are in trouble and the next thing you know you are both at the net and [your opponent] is scrambling. Skupski was amazing and had such a good feel,” WTT commentator Geoff Chizever said during the match.

Skupski and Blanch would earn a 5-3 win against Johnson and Bambridge. A crucial break in the seventh game followed by Skupski saving two break points in his service game helped consolidate the break and close out the win.

“We had gotten into the situation we had wanted all night, which was to have the opportunity to finish the match off and get the crucial win for New York,” Skupski recalled. “In a tight last game I managed to hold serve with Uli helping me out at the net to win the match 19-20. You could tell after the match how much it meant to the whole team and from that point we pushed hard to the end of the season to make the playoffs.