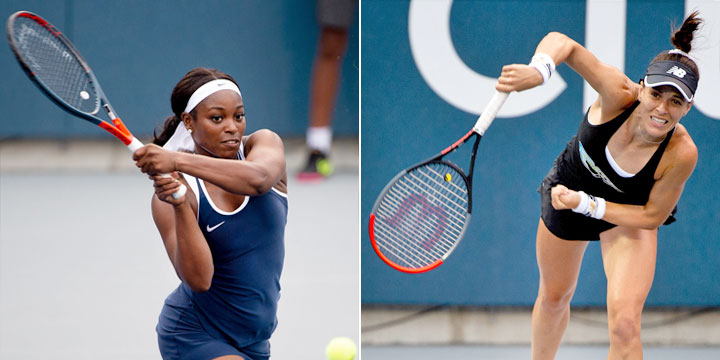 This week, WTT Broadcaster Harry Cicma starts us off with his pick, which took place during the Orange County Breakers vs. New York Empire match on July 18, 2019 at the Cary Leeds Center in the Bronx.

“I chose the set where Nicole Gibbs beat Sloane Stephens in Women’s Singles.  Nicole has been battling cancer and her will and determination were amazing during that match. She played some of the best tennis of the season with the convincing victory and it was pure heart and determination leading to the upset win.”

Gibbs led the visiting Orange County Breakers to a 22-15 overall win with a pair of victories, which included a 5-3 win against 2017 U.S. Open Champion Stephens in women’s singles. Stephens was at the time ranked No. 8 in the WTA Rankings, making her the highest ranked singles player in World TeamTennis at the time.

“It gives you a new perspective, going through something like that,” Gibbs said after the match.

The 26-year-old returned to professional tennis just the week before, and made the final of her comeback event, and her competitive spirit shone through as she battled the Empire.

After taking an early lead in the Women’s Singles set — the second event of the night — she scored her first singles win of the 2019 WTT season over the Empire’s Franchise Player with a decisive break in the final game.