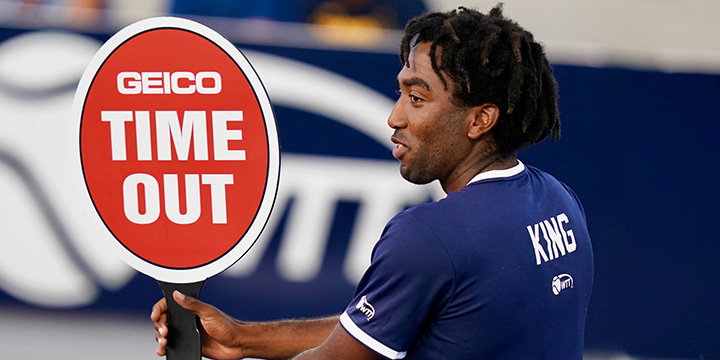 ORLANDO, Fla. – The City Beautiful played host to a brand new franchise in the summer of 2019 as the Orlando Storm made their mark on World TeamTennis in their inaugural campaign. Although the team’s final record may not have been what the Storm were hoping for, their first season as part of WTT was a success.

Players and fans got a taste of just what World TeamTennis was about in the Storm’s opening match. After Orlando had controlled most of the match, they saw the other inaugural franchise, the Vegas Rollers, close the gap and create a nail-biting atmosphere in the final set. The set would eventually lead to a super tiebreaker where fan favorite Feliciano Lopez pulled through to win the Storm’s inaugural match.

Every player contributed in big ways during Orlando’s inaugural season. Ken Skupski was a staple in both Men’s Doubles and Mixed Doubles. He was a true menace at the net, finding creative ways out of tough situations. He was often paired with Lopez or Evan King in doubles which made things interesting for the opponents, as all three were lefties.

Women’s and Mix Doubles saw shuffled lineups from time to time, but mainly consisted of Darija Jurak leading the way alongside either the young Whitney Osiguwe or the crafty Madison Keys. All three had their shining moments in their respective doubles segments.

Osigwe had some incredible moments in Singles play. She fell behind in her first two matches by two sets early on but found a way to rally from behind and clinch two set victories for the Storm. Throughout the season, Lopez and King were in the spotlight for men’s singles.

The Storm’s season hit a snag midway through their schedule as they lost six straight matches. Despite the stumble, the Storm still found themselves just one match out of a playoff spot on the home stretch of the season. Unfortunately, Orlando couldn’t quite finish the season the way they wanted to, dropping their final four contests.

The Orlando Storm finished their inaugural campaign with a 4-10 record, putting them in seventh place and leaving them four matches out of a playoff spot.

Orlando would go on to win four of their seven home matches at the USTA National Campus, the home of American tennis. Night after night, the Storm drew massive crowds, filling the stands at every match. The fandom only grew from night one which led to a sellout crowd for the Storm’s home finale. There is little doubt in anyone’s mind that the Storm will be an even bigger hit in 2020.