Williams, Isner, The Bryan Brothers, Keys, Tiafoe Among Those Joining WTT In July 2019 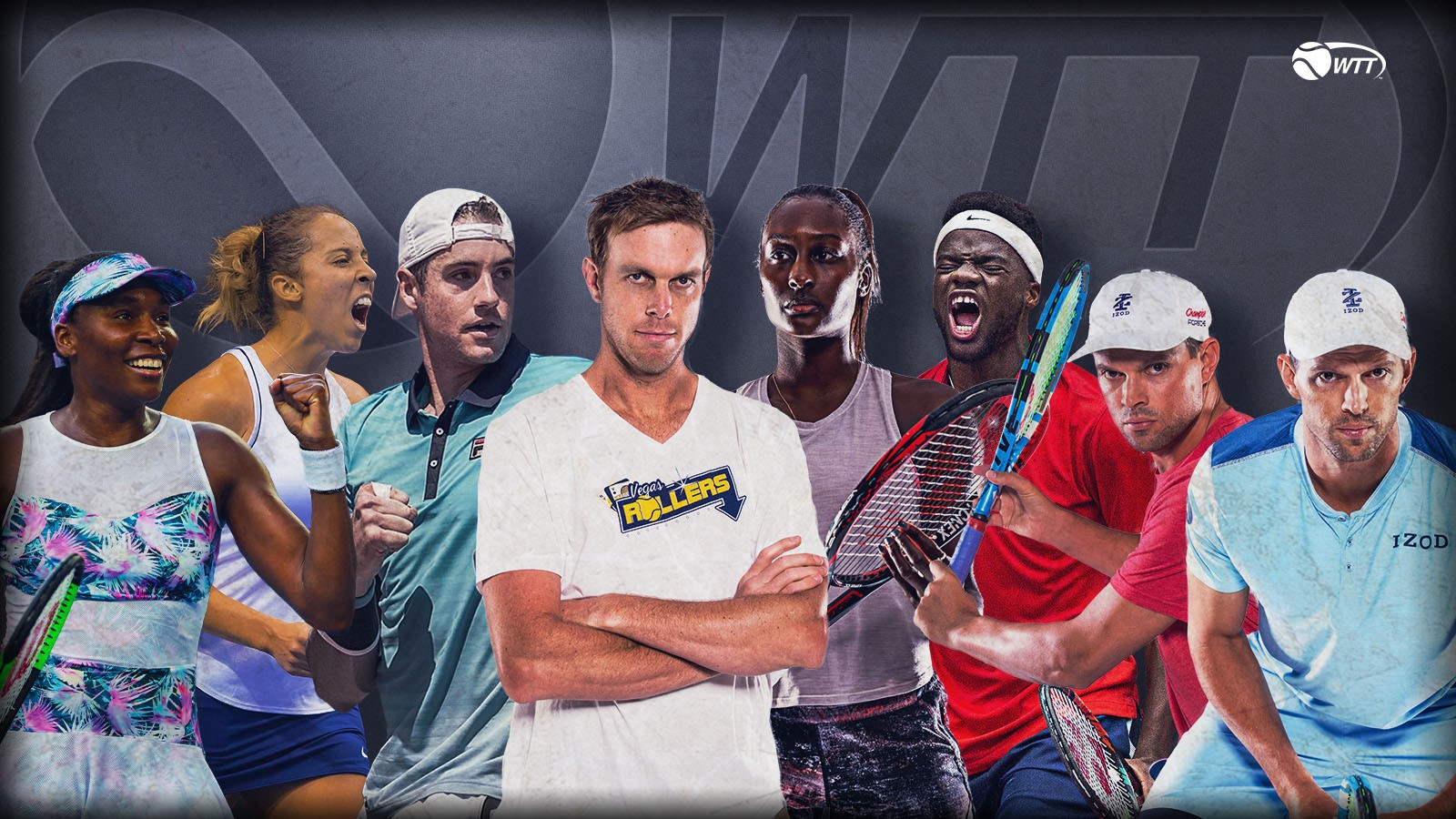 Seven-time Grand Slam singles champion Venus Williams and Bob and Mike Bryan, the most decorated doubles team in tennis history, are among many tennis icons and stars who will showcase their world-class talent and Grand Slam pedigree as Franchise players playing in the 44th season of World TeamTennis from July 14-31.

“World TeamTennis continues to attract many of the world‘s best players and the top Americans in the sport,“ WTT CEO Carlos Silva said. “We are excited to see our tennis stars lend their talent towards this unique league and embrace the team approach to tennis as they compete for the King Trophy in the 2019 season.“

“I always enjoy playing for the Kastles,“ Williams said. “We have a really good team that I know will once again compete for the King Trophy.“

Fourteen-time ATP Tour winner John Isner, No. 10 in the ATP rankings and the world‘s top-ranked American, will suit up for the New York Empire at home on WTT Opening Night, July 14, against the Ryan Harrison-led San Diego Aviators. Recently, the 6-foot-10, hard-serving Isner reached the ATP 2019 Miami Open singles final before falling to Roger Federer.

“I‘m really looking forward to playing the first match at our new home, the Cary Leeds Center for Tennis & Learning in the Bronx,“ Isner said. “There‘s nothing quite like the electricity and energy of playing in New York City, especially a night match outdoors.“

Current U.S. Davis Cup captain and former world No. 7 Mardy Fish will also return to the New York Empire for its home matches on July 29 and July 30

WTT‘s expansion franchises, the Orlando Storm and Vegas Rollers, will roll out the red carpet for some of the best American players in recent times.

At 40, Mike Bryan remains the world‘s top-ranked doubles player. He and twin brother, Bob, have won the most professional tennis matches, tournaments and Grand Slams and held the World No. 1 doubles ranking together for longer than any duo. They held the year-end No. 1 ranking a record 10 times.

Orlando will feature four-time WTA champion and 2017 U.S. Open singles finalist Madison Keys, who is ranked No. 14 in the world at the age of 24, and Spanish ATP Tour player Feliciano Lopez. Keys will play five home matches for the Storm between July 17-27. Keys has often raised her game in the Grand Slam events of late as evidence of her 2018 season in which she reached the semifinals of the French Open and U.S. Open and the quarterfinals of the Australian Open.

Reigning WTT champion Springfield Lasers secured Miomir Kecmanovic, who is rapidly rising up the ATP Rankings at 19 years old and is already the fourth-highest ranked Serbian player in the world at No. 91.

Bulgarian Grigor Dimitrov, No. 28 in the ATP rankings, will suit up for the Philadelphia Freedoms on July 21.

The San Diego Aviators will enlist the services of Harrison during a season-opening, four-match road trip on the east coast as well as San Diego County natives Taylor Fritz and Coco Vandeweghe for matches in Southern California in the middle of the season.

A team-by-team look at WTT‘s Franchise players in 2019 (with each player‘s WTT match dates):

WTT‘s 2019 day-by-day match schedule with all Franchise player appearances can be found at www.wtt.com/schedule. WTT previously announced its 59-match regular season ÔÇô seven home matches and seven away matches for each team ÔÇô for 2019. The 2019 WTT playoffs, to be hosted by Orleans Arena (at the Orleans Hotel and Casino) in Las Vegas, begin with the league‘s semifinals on Aug. 2 and conclude with the WTT Finals on Aug. 3.

The 2018 WTT season concluded on Aug. 5 as the Springfield Lasers, WTT‘s longest-running franchise, defeated the Philadelphia Freedoms in the WTT Finals at Drexel University in Philadelphia to capture the King Trophy and its first WTT championship in its 23-year history.