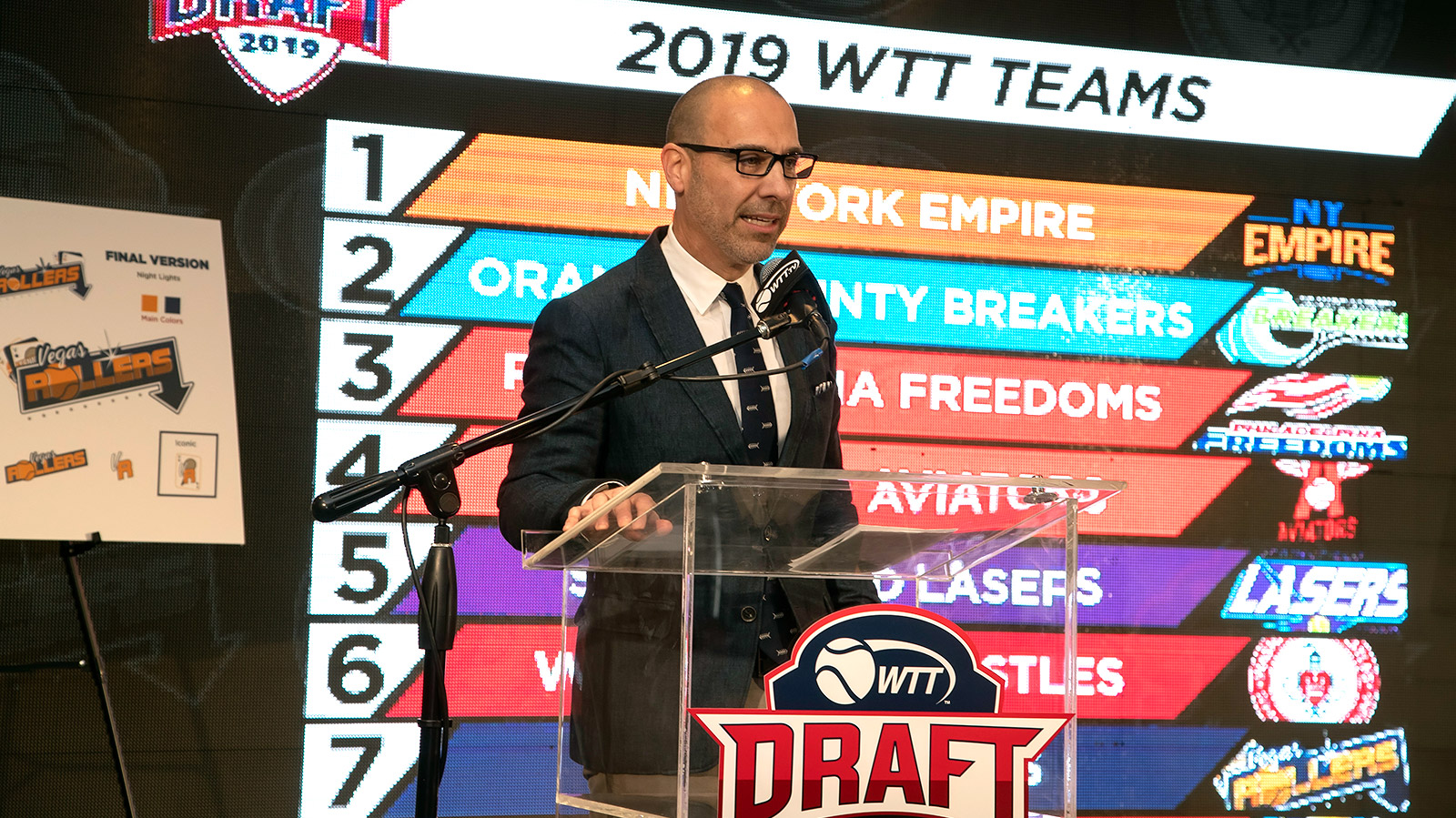 The 2019 WTT draft was held at the Indian Wells Tennis Garden, site of this week‘s BNP Paribas Open. Flipkens will join a star-studded list of players who will compete this summer during the league’s 44th season, including 26-time Grand Slam champion Venus Williams, who will play her 14th season of World TeamTennis from July 14-31.

“The format is what makes World TeamTennis,“ said WTT CEO Carlos Silva. “It‘s fun, it‘s exciting and it‘s men and women competing on the same stage with the same goal to try and win a championship. It‘s going to be a great 2019 season and the Springfield Lasers will be defending the King Trophy. The WTT Finals will be on Aug. 3 at the Orleans Arena on CBS Sports Network. We can‘t wait.”

Flipkens, from Belgium, will make her return to the New York Empire roster after missing the 2018 WTT season. Flipkens, a former World No. 13 and Wimbledon semifinalist, is no stranger to team tennis as she‘s played a remarkable 16 years of Fed Cup for her country. This will be her second season playing in WTT.

The defending champion and WTT King Trophy-holding Springfield Lasers have named 19-year-old Serbian Miomir Kecmanovic as their Franchise Player, and he will play matches on July 14, 16, 17 and 18. WTA doubles star Abi Spears was protected and the Lasers, coached by John-Laffnie de Jager, filled up the remainder of their lineup in drafting Joe Salisbury, Enrique Lopez Perez and Anna Blinkova.

The Vegas Rollers and Orlando Storm, World TeamTennis‘ newest franchises, took part in their first draft. The Rollers and coach Tim Blenkiron will use American Sam Querrey for four home matches at Orleans Arena at The Orleans Hotel & Casino. Querrey will play matches on July 20, 21, 23 and 25. The match against Philadelphia on July 21 will be televised by CBS Network.

The Rollers obtained the rights to use tennis‘ all-time winningest doubles team, Mike and Bob Bryan, in a trade with Washington D.C. Also playing for the Rollers is current Las Vegas resident, and the Rollers first-ever draft selection, Asia Muhammad, and Jay Clarke, Harriet Dart and Matt Reid.

The Storm and coach Scott Lipsky will rely on the services of 2017 U.S. Open singles finalist Madison Keys as its Franchise Player. She will play home matches at the USTA National Campus in Lake Nona, Fla. on July 17, 18, 24, 25 and 27. The Storm selected 16-year-old Whitney Osuigwe with their first-ever draft pick and acquired the rights to Ken Skupski in a trade with New York. Other roster players drafted include Darija Jurak and Evan King.

Washington Kastles owner Mark Ein introduced new co-coach Jimmy Arias, who will be on the sidelines next to David MacPherson and longtime coach Murphy Jensen. Kastles Franchise Player Frances Tiafoe will play home matches July 15, 16, 17 and Australian star Nick Kyrgios will play on July 27, the Kastles‘ final home match of the year. Venus Williams will join the team at a date still to be determined. Other Kastles draftees include Bruno Soares, Yoshihito Nishioka, Marta Kostyuk and Lyudmyla Kichenok.

The Philadelphia Freedoms protected Taylor Townsend, Fabrice Marin and Raquel Atawo. With their only selection in the draft, they chose Adrian Menendez-Maceiras.

WTT‘s 44th season will run from July 14-31. The 2019 WTT playoffs, to be hosted at Orleans Arena (at The Orleans Hotel & Casino) in Las Vegas, begin with the league‘s semifinals on Aug. 2 and conclude with the WTT Finals on Aug. 3. To view the entire 2019 day-by-day schedule, click HERE.

(Note: **– denotes Franchise player; *– denotes protected player; All others were selected on Tuesday and fill out the two full-time male and two female roster players who will play the entire season):