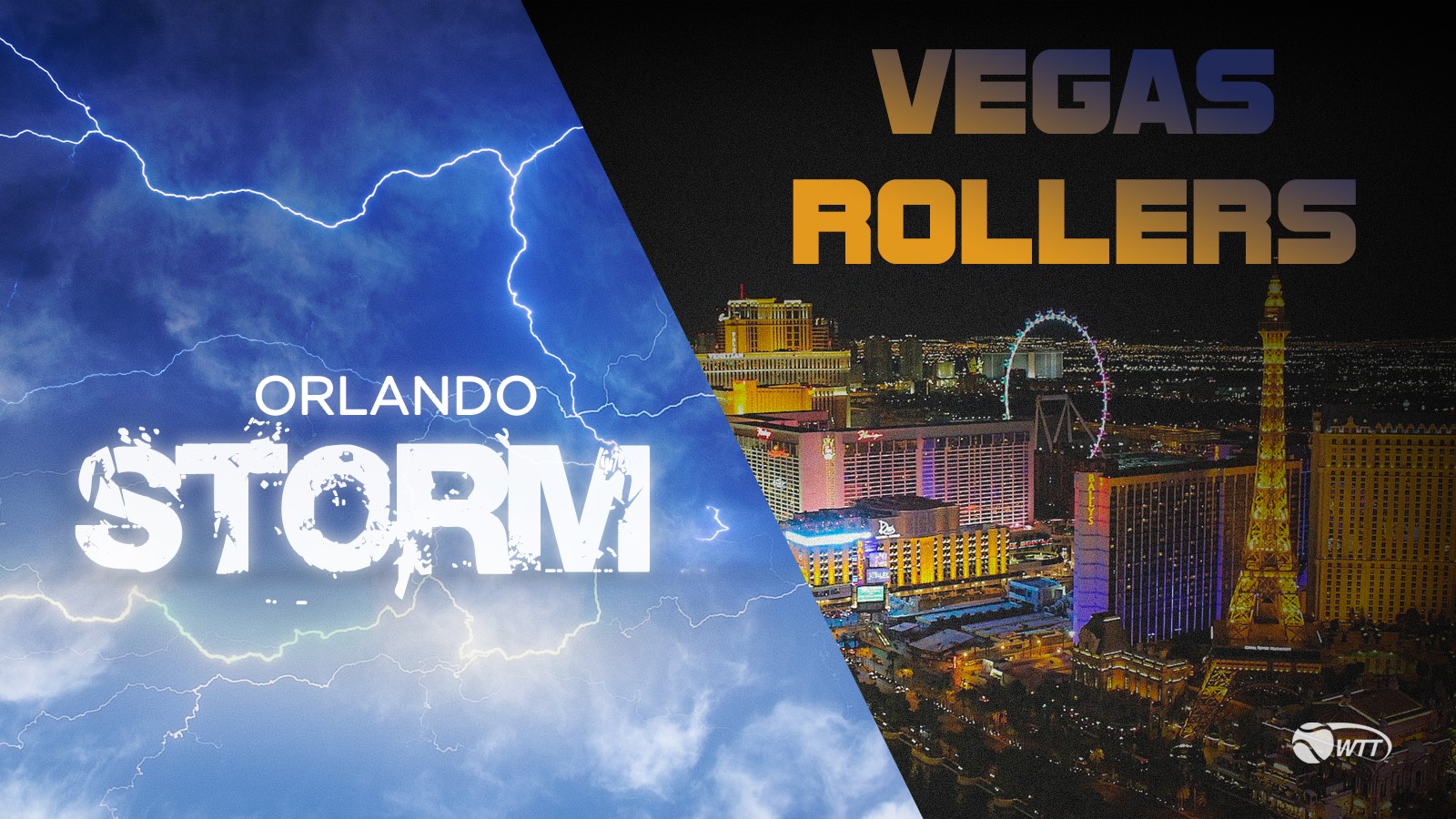 Orlando Storm to play at USTA National Campus in Lake Nona, Fla. and Vegas Rollers to play at Orleans Arena in Las Vegas; The 2019 WTT season begins July 14 and ends with WTT Finals in Las Vegas on Aug. 3

World TeamTennis is growing to a league of eight teams for its upcoming 44th season after the league announced expansion franchises in Las Vegas and Orlando will begin play in July.

WTT jointly announced its 59-match regular season ÔÇô seven home matches and seven away matches for each team ÔÇô in 2019 will run from July 14-31. The 2019 WTT playoffs, to be hosted by Orleans Arena (at the Orleans Hotel and Casino) in Las Vegas, begin with the league‘s semifinals on Aug. 2 and conclude with the WTT Finals on Aug. 3.

“The addition of two new franchises in Las Vegas and Orlando signifies the continued growth of World TeamTennis and the embracement of the league‘s exciting fan-friendly team format,“ WTT CEO Carlos Silva said. “We look forward to many of the top players in the world creating new rivalries, and renewing old ones, as they compete for the King Trophy during the 2019 season.“

Orlando‘s team name will be the Orlando Storm and it will play its home matches at the United States Tennis Association (USTA) National Campus in Lake Nona, Fla. The Orlando Storm will be coached by Scott Lipsky ÔÇô a 2011 French Open mixed doubles champion and winner of 16 ATP doubles titles ÔÇô with Jocelyn Davie serving as the General Manager.

Las Vegas‘ team will be known as the Vegas Rollers, and it has secured the Orleans Arena as its home venue. The Vegas Rollers will be coached by Tim Blenkiron ÔÇô a 1997 NCAA Division I Doubles national champion at UNLV and coach for WTA player Asia Muhammad ÔÇô with Sally Dewhurst serving as the General Manager.

Orlando and Vegas will begin to fill out their squads at the WTT Draft on March 12 in Indian Wells, Calif.

“The addition of two new teams, in two strong markets, is a positive move for WTT for 2019 and for the future,“ WTT co-founder Billie Jean King said. “This expansion is not only good for the league but is another indication of the importance of bringing our brand of tennis to new audiences and our commitment to growing the sport at all levels.“

Among the notable 2019 WTT season-opening matches on July 14, Springfield will open up defense of its 2018 WTT title at home against Philadelphia in a rematch of the 2018 WTT Finals, while Orlando and Vegas play each other in Lake Nona, Fla.

Among the schedule highlights in the 2019 WTT season are the following marquee and rival matchups:

WTT completed its 2018 season on Aug. 5 as the Springfield Lasers, WTT‘s longest-running franchise, defeated the Philadelphia Freedoms in the WTT Finals at Drexel University in Philadelphia to capture the King Trophy and its first WTT championship in its 23-year history.

WTT is one of five active U.S. pro sports leagues which has been in operation for over 40 years, along with the NFL, NBA, NHL and MLB. For more information on World TeamTennis, please visit www.wtt.com.