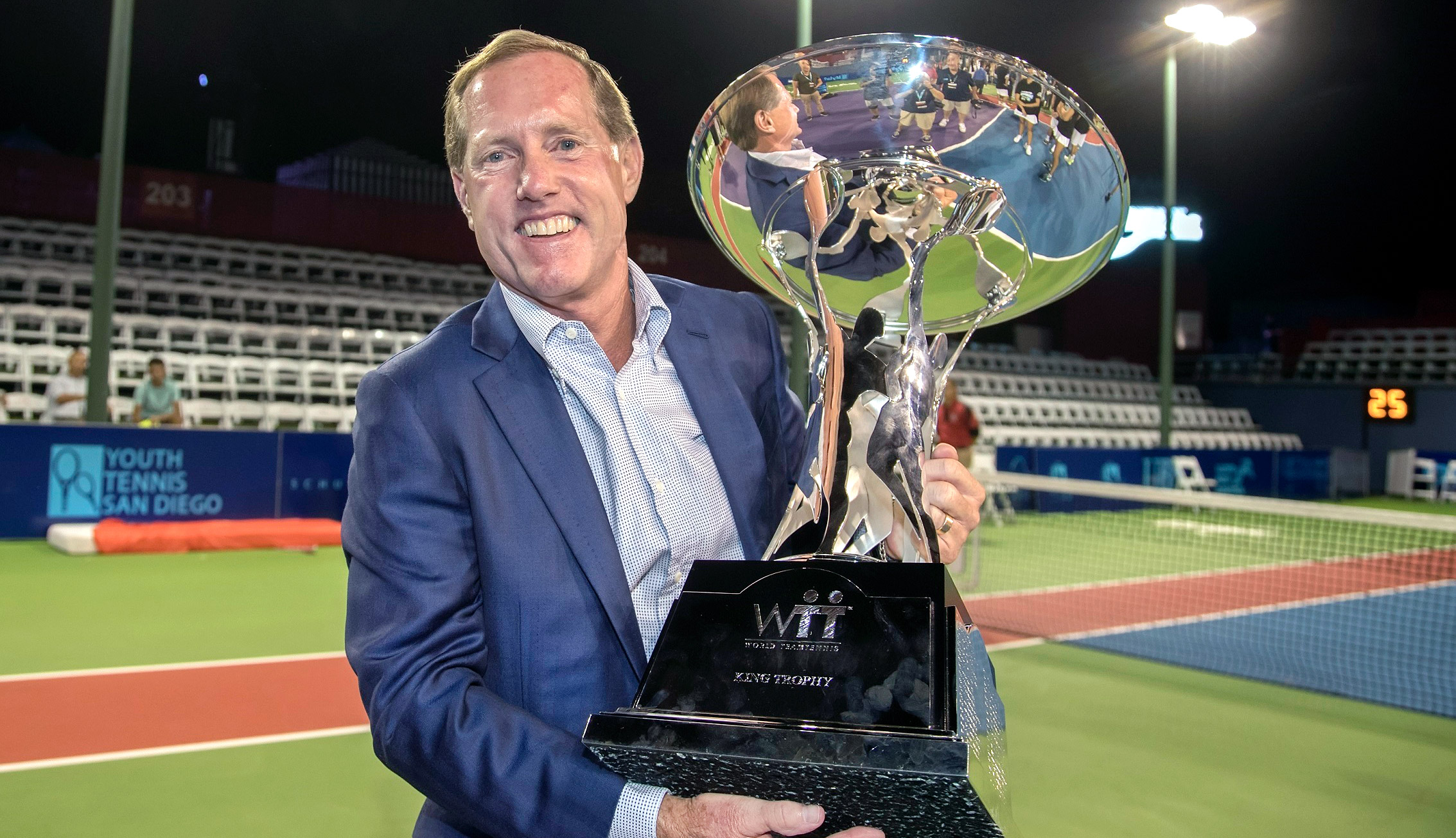 Southern California native and Orange County Breakers owner Eric Davidson has been named World TeamTennis‘ new Chairman of the Board while acquiring an ownership share in the world‘s foremost team tennis organization.

“World TeamTennis is delighted to have Eric Davidson as our new Chairman of the Board and a majority owner alongside Fred Luddy,“ said WTT CEO Carlos Silva. “Eric has such a strong understanding of our product and his entrepreneurial background will be a great asset to WTT. He has an incredible vision as to how we can grow this league and I look forward to working with him closely to assure that happens.“

The founder of Vintage Senior Living, one of the largest senior living providers in California since its inception in 1998, Davidson entered the business of World TeamTennis when he purchased the Orange County Breakers in January of 2017. The Breakers went on to win the 2017 WTT championship in Davidson‘s maiden voyage as team owner.

As WTT Chairman of the Board, Davidson will oversee the general direction of the league, WTT CEO Carlos Silva and WTT‘s Board of Directors.

“I‘m extremely excited to become more involved with World TeamTennis and assume a leadership role,“ said Davidson. “It is personally satisfying to follow in my father‘s footsteps as an entrepreneur in the sports world. I look forward to working with Carlos, Fred, Billie Jean King and many others to make WTT successful.“

Davidson now follows in his father Gary Davidson‘s footsteps, who was an accomplished sports industry executive. Gary was a co-founder of the American Basketball Association (ABA) in 1967, a co-founder and first President of the World Hockey Association in 1971, and the President, Commissioner and co-founder of the World Football League in 1973. Additionally, Gary Davidson also played a role in helping Billie Jean King to establish WTT prior to its inaugural 1974 season.

An avid tennis player who graduated from the University of California, Berkeley in 1983, Davidson purchased his WTT ownership stake from Mark Ein, who remains the owner of WTT‘s Washington Kastles and retains a seat on the WTT Board of Directors.

WTT completed its most recent season on Aug. 5 as the Springfield Lasers, WTT‘s longest-running franchise, defeated the Philadelphia Freedoms in the WTT Finals (aired live on ESPN2) at Drexel University in Philadelphia to capture the King Trophy and its first WTT championship in its 23-year history.

WTT is one of five active U.S. pro sports leagues which has been in operation for over 40 years, along with the NFL, NBA, NHL and MLB. For more information on World TeamTennis, please visit www.wtt.com.