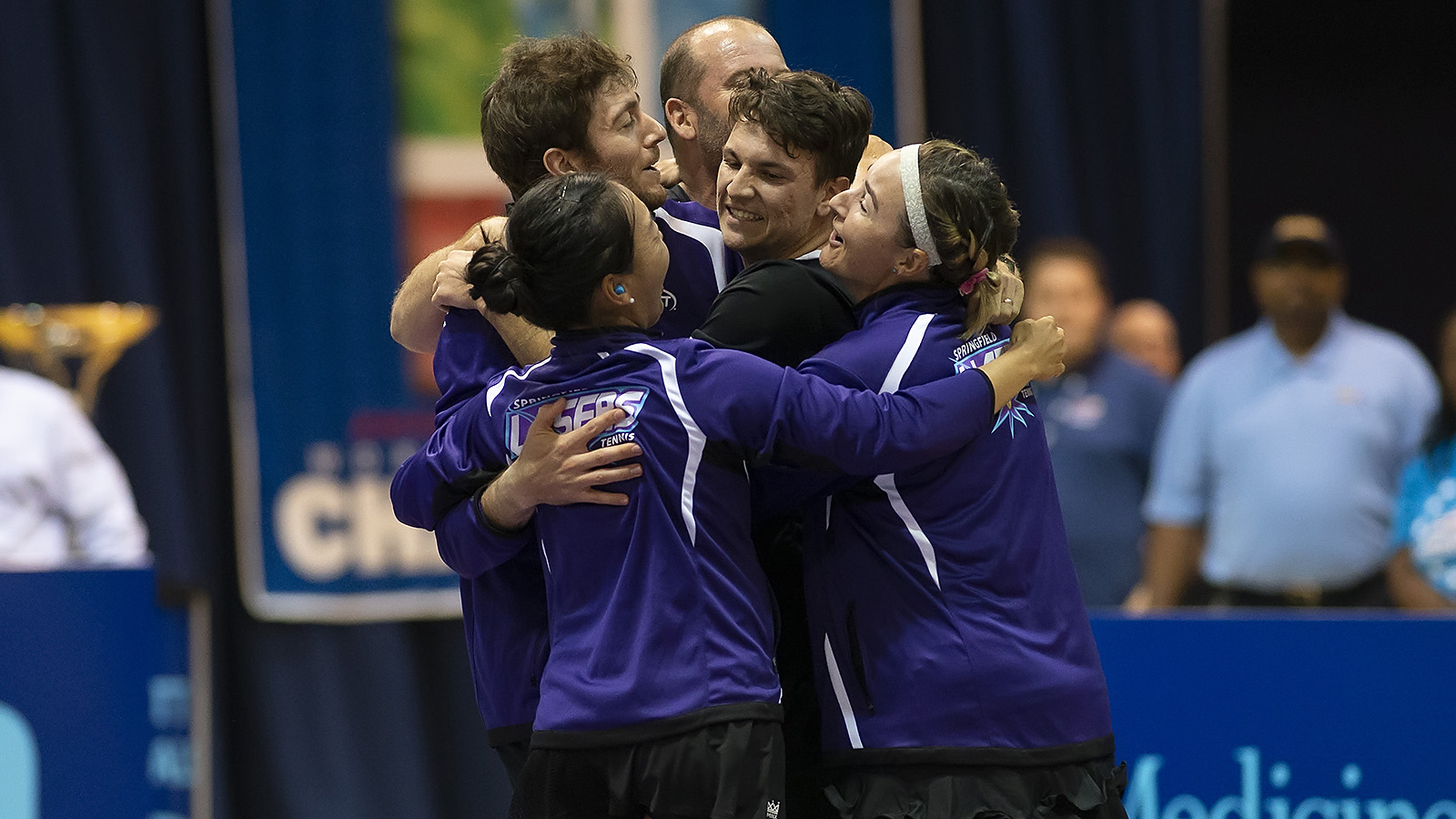 With the excitement the teams provided this season in World TeamTennis presented by GEICO, it came as no surprise the WTT Finals between Philadelphia and Springfield was decided in the final set.

With Philadelphia’s Kevin King holding a 3-1 lead in the final set, Springfield’s 18-year-old rookie Miomir Kecmanovic followed the advice of his veteran coach J.L. de Jager. The top-ranked men‘s singles player during the regular season, Kecmanovic reeled off the final four games to clinch his team‘s first WTT championship in their 23rd season.

“He told me to stay calm, stay focused and think positive,” said Kecmanovic, who would renamed the finals MVP. “I was in a tough match and I knew if I remained calm that I could still pull out the win.”

“It was a great environment (for Philadelphia) but if we were in Springfield it would have been that way for us,” added Kecmanovic.

“This was a tough loss,” said Philadelphia Freedoms coach Craig Kardon. “We had our chances but could not finish in the end. But that is TeamTennis. It’s a collective effort and I am very proud of the effort this team gave all season. Hats off to the Lasers.”

For Vania King, this was her third trip to the title match with Springfield, having fallen short both previous times against Washington in 2009 and 2013.

“The first time we came close but the second time we got crushed,” said King following the match. “Today (against Philadelphia) we were total underdogs but we kept fighting. I’s an awesome feeling to win and I guess it was better this way when we didn’t have many expectations.”

For the past week, Springfield (9-6) had to play as if each match could be their last while Philadelphia (12-3) seemed to be on cruise control sitting at the top of the standings from start to finish of the regular season.

Springfield jumped out early in the match posting a 5-3 win in men’s doubles before King and Abigail Spears posted a 5-2 win in women’s doubles over Taylor Townsend and Raquel Atawo to give the visitors an early 10-5 lead. With halftime coming after the second set instead of the third set, the Freedoms took advantage of the break to re-focus and try to regain their composure.

“Someone told us we were not having fun,” said Kardon. “I took that opportunity to get everyone together and remind them of the fun we have had all season.”

That seemed to pay dividends as the Freedoms mixed doubles tandem of Townsend and Fabrice Martin rolled to a 5-2 win over Marcelo Demoliner and Spears to get Philadelphia within striking distance at 12-10.Townsend stayed on the court for women’s singles and showed why she was named the 2018 WTT Female MVP presented by Forevermark with a 5-2 win of her own over Vania King. That handed Philadelphia a 15-14 lead to set up a dramatic finish in the fifth set, which ultimately saw Springfield claim the final and decisive momentum swing.

TURNING POINT: With Kevin King holding a 3-1 lead and up 3-0 in the fifth game of the men’s singles set, Kecmanovic rallied to win that game and gained all the confidence he needed to gain control.