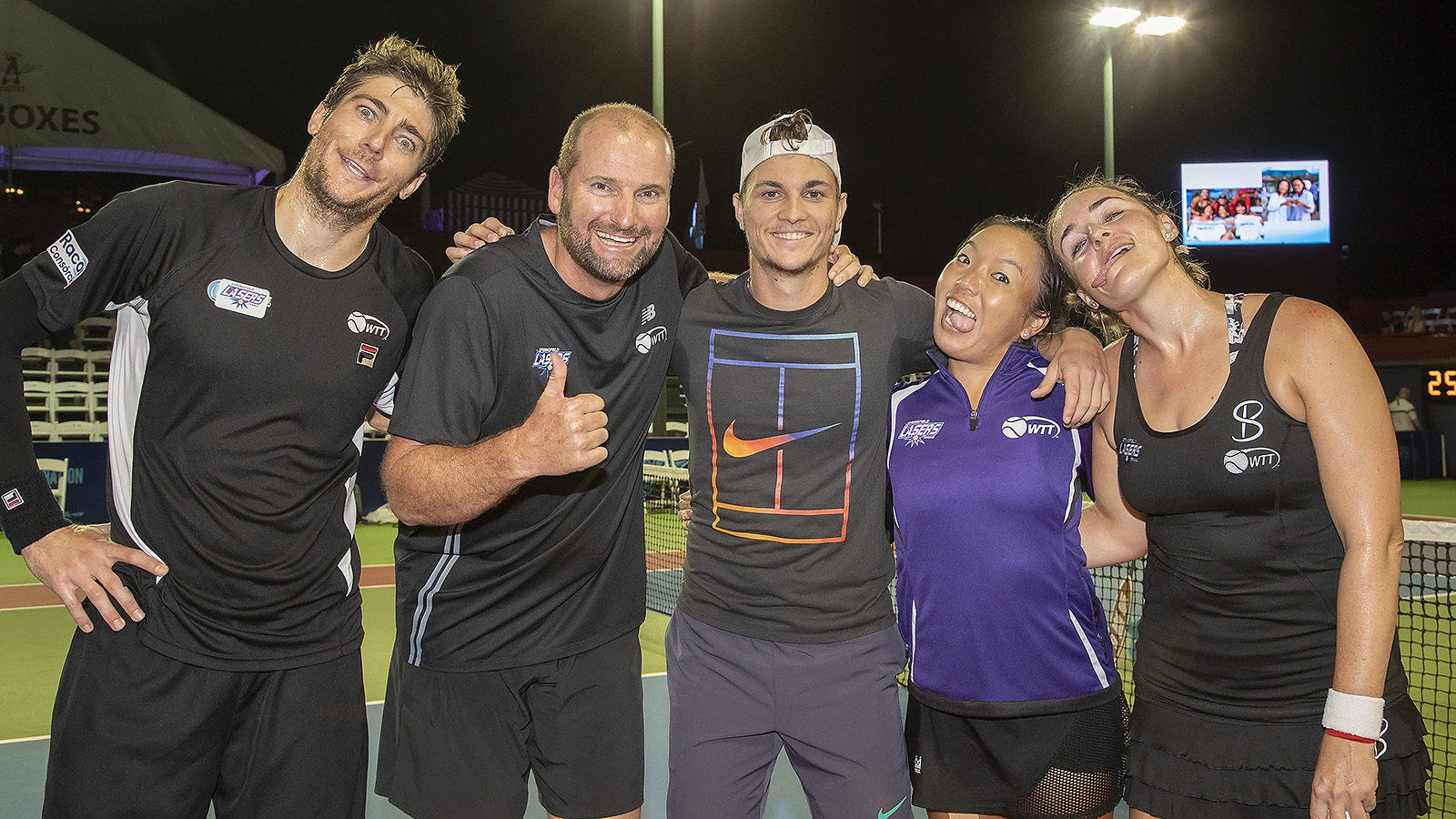 The Springfield Lasers will take on the Philadelphia Freedoms in Sunday‘s World TeamTennis Finals presented by GEICO after posting an impressive 25-18 victory in Extended Play over the San Diego Aviators on Thursday night at the Omni La Costa Resort & Spa.

The Lasers got off to a fast start against the Aviators, winning men‘s doubles, women‘s singles and men‘s singles to take a commanding 15-9 half-time lead. Springfield continued its strong play in women‘s doubles as Vania King and Abigail Spears edged Anna-Lena Groenefeld and Naomi Broady of the Aviators, 5-4 to extend Springfield‘s lead to 20-13.

After losing the mixed doubles set to the Aviators, Spears and Marcelo Demoliner clinched the win for Springfield as they won the first game in extended play.

The Lasers victory to advance to the WTT Finals was especially sweet for Spears, a San Diego native who grew up in nearby Valley Center, Calif.

“It feels great. It‘s my first final and as a team, we didn‘t expect to be here in this position at this point, so we‘re pretty happy. I think it‘s just all the competition that we get here,“ she said. “It‘s so fun, and a team atmosphere, and that‘s what we love as players. We just love it.“

Springfield finished the 2018 WTT regular season in second place with an 8-6 record, while the Aviators finished in a tie for third place with the Washington Kastles at 7-7.

Following his team‘s loss, Aviators coach John Lloyd said, “It‘s disappointing because we were close to getting to the Finals, but I thought our team did a great job. We were unlucky with a few breaks here and there. We had a couple of big break points we didn‘t convert and we could‘ve easily been in the playoffs, but I thought everyone did us proud.“

TURNING POINT: It was a tough night for the Aviators, who trailed 5-4 after dropping men‘s doubles to open the match. In the second set, Naomi Broady was serving at 2-3 in women‘s singles, but double-faulted on break point to fall behind 4-2. Vania King of the Lasers then served out the next game to win the set 5-2 and extend Springfield‘s lead to 10-6. The Lasers maintained their lead and went on to win the match to clinch the second spot in Sunday‘s WTT Finals.