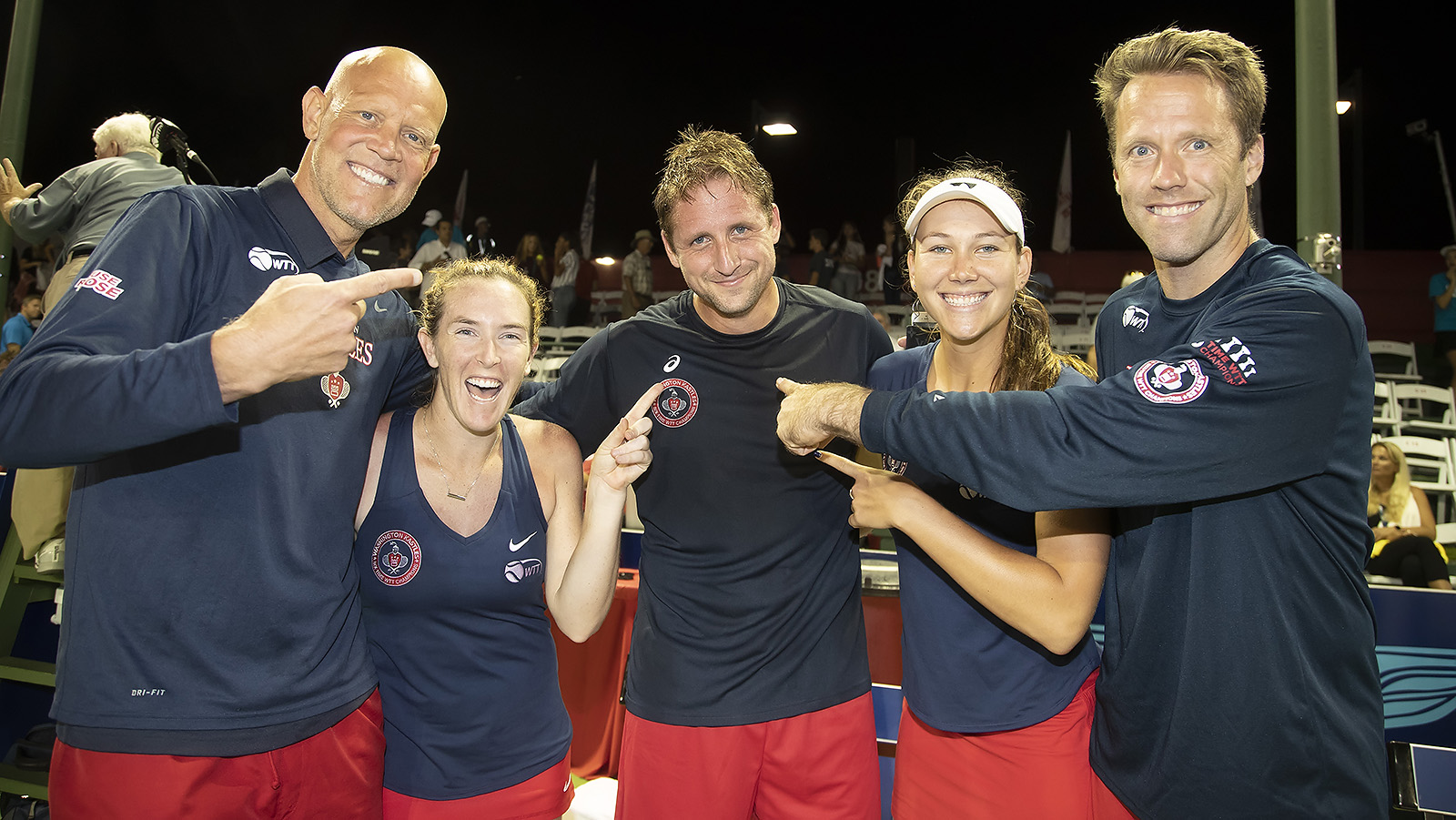 The Washington Kastles climbed into a three-way tie for second place with a spirited 19-18 comeback victory over the San Diego Aviators on Wednesday evening at the Omni La Costa Resort & Spa.

The Aviators took an early 10-7 lead as they opened the match with wins in mixed doubles and women‘s singles, but the Kastles cut San Diego‘s lead to 13-12 when Tennys Sandgren and Robert Lindstedt got past Marcin Matkowski and Marcus Willis 5-3.

After San Diego extended their lead to 18-14 following a 5-2 win in women‘s doubles, Sandgren defeated Willis 5-0 in men‘s singles to complete the Kastles comeback win.

“I don’t think I’ve beaten Marcus Willis in anything before, so to beat him for the first time to get my team the win is fantastic,“ Sandgren said following his victory. “He’s got a good slice. He can move the ball across the court and put it in tough spots, and I felt like I was hitting my forehand well on his slice. I was able to open up the court. That was the big thing.“

When asked about his team‘s chances to advance to Sunday‘s WTT Finals, Sandgren responded, “We’re playing well and everyone’s competing hard and playing good tennis. It’s going to be a tough match tomorrow (in Orange County) but I like our chances.“

Following Wednesday‘s WTT action, the Aviators are tied for second place with Washington and the Springfield Lasers as all three teams are 7-6.

The Aviators can advance to the WTT Finals with a win on Thursday over the Lasers and a Kastles loss to the Orange County Breakers in Newport Beach.

TURNING POINT: With the Kastles trailing the Aviators 18-14 and their hopes for the WTT Finals fading fast, Tennys Sandgren came to the rescue for Washington in the final set of the evening as he blitzed past San Diego‘s Marcus Willis in men‘s singles 5-0. Sandgren dominated the set, capturing 20 of 26 points in only 12 minutes.

NEXT ON: San Diego will close out the WTT regular season when they host the Springfield Lasers at 7 p.m. (PDT) on Thursday at the Omni La Costa Resort & Spa in Carlsbad. This will be the third meeting of the season between the Aviators and the Lasers, who split their two previous head-to-head matches.

Follow results on WTT.com/scores or www.sandiegoaviators.com. Watch live streaming of all WTT matches on WTT.tv presented by GEICO.