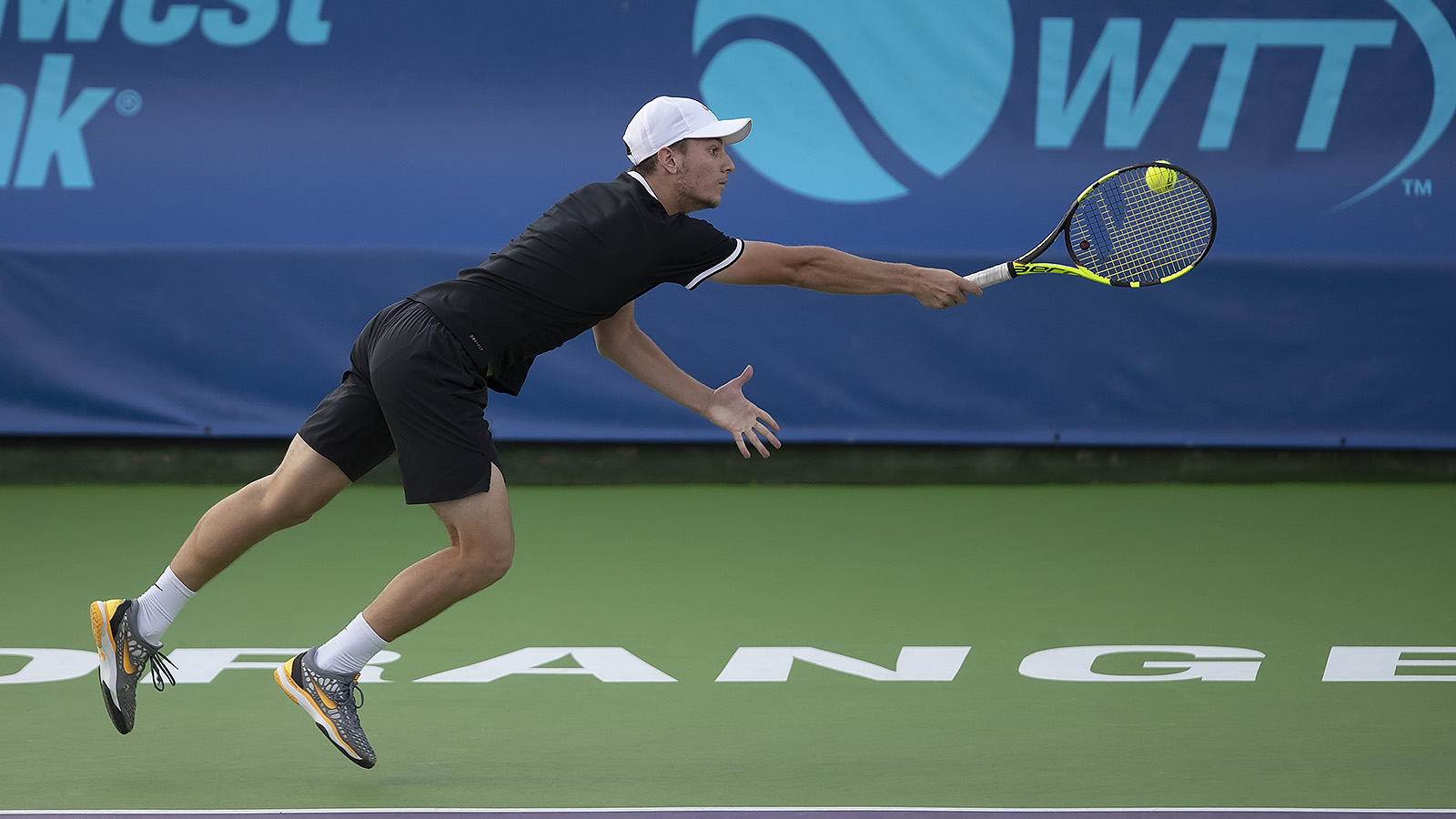 The reigning champions were officially knocked out of contention for the WTT Finals, with the visiting Springfield Lasers coming in and winning 10 of 13 3-all points en route to taking down the Orange County Breakers, 20-17.

For the second straight night, Wickmayer and Jacqueline Cako found themselves in a 4-0 hole, and although they did rebound for a couple games, the Breakers duo still fell 5-2 to King and Abigail Spears to give the Lasers a 8-7 lead after two sets.

Orange County regained the lead following a 5-2 victory from Marcelo Demoliner and Darian King as the Brazilian-Barbadian duo took down 18-year-old Miomir Kecmanovic and 45-year-old Canadian Daniel Nestor by virtue of winning both 3-all points.

The extremely experienced duo of Nestor and Spears, who have won a combined 112 doubles titles at the Tour level, put the Lasers back in front with a 5-2 victory over Cako and Demoliner.

The last encounter Kecmanovic had in Newport Beach was just a couple weeks ago at the start of the season when 2017 Wimbledon semifinalist Sam Querrey won all four 3-all points to defeat the two-time Orange Bowl boys‘ 18s singles champion 5-0 in 12 minutes. The Serb demonstrated his progress since then in the unique format by winning all three 3-all points to dispatch King 5-3, sealing a Lasers victory.

Kecmanovic was pleased with his growth from that match against Querrey. “Yeah definitely the first match went quick. But I‘m happy I turned things around after that,“ the WTT rookie said. “I had a good couple wins in a row and hopefully we can win tomorrow and then go to the final.“

“That‘s exactly what we‘re going to try to do,“ Spears said when asked about earning a spot in the final by virtue of defeating the Aviators tomorrow night. “We‘re going to try and play our games and hopefully we can come up with another win to make the final.“

“We still can keep teams out of the playoffs or put teams in. So we need to be professional and do our best. And we did it tonight,“ coach Rick Leach said. “It came down to the last set, couple 3-all games and we didn‘t win them. That‘s really what it came down to, a couple points.“

TURNING POINT: The teenager Miomir Kecmanovic came up huge for Springfield, winning a 3-all point to break King‘s serve for a 3-2 lead, and then winning another 3-all point to close out the match and avoid a tiebreaker.

NEXT ON: The Breakers close out their season against the Washington Kastles on Thursday night at 6:00 pm Pacific time, while the visiting squad will be looking to earn a spot in the league final. Follow results on www.WTT.com/scores or www.breakerstennis.com. The match can also be viewed live at www.WTT.tv presented by GEICO.