No Challenge? No Problem. Hawk-Eye Live Brings WTT to New Frontier in Tennis 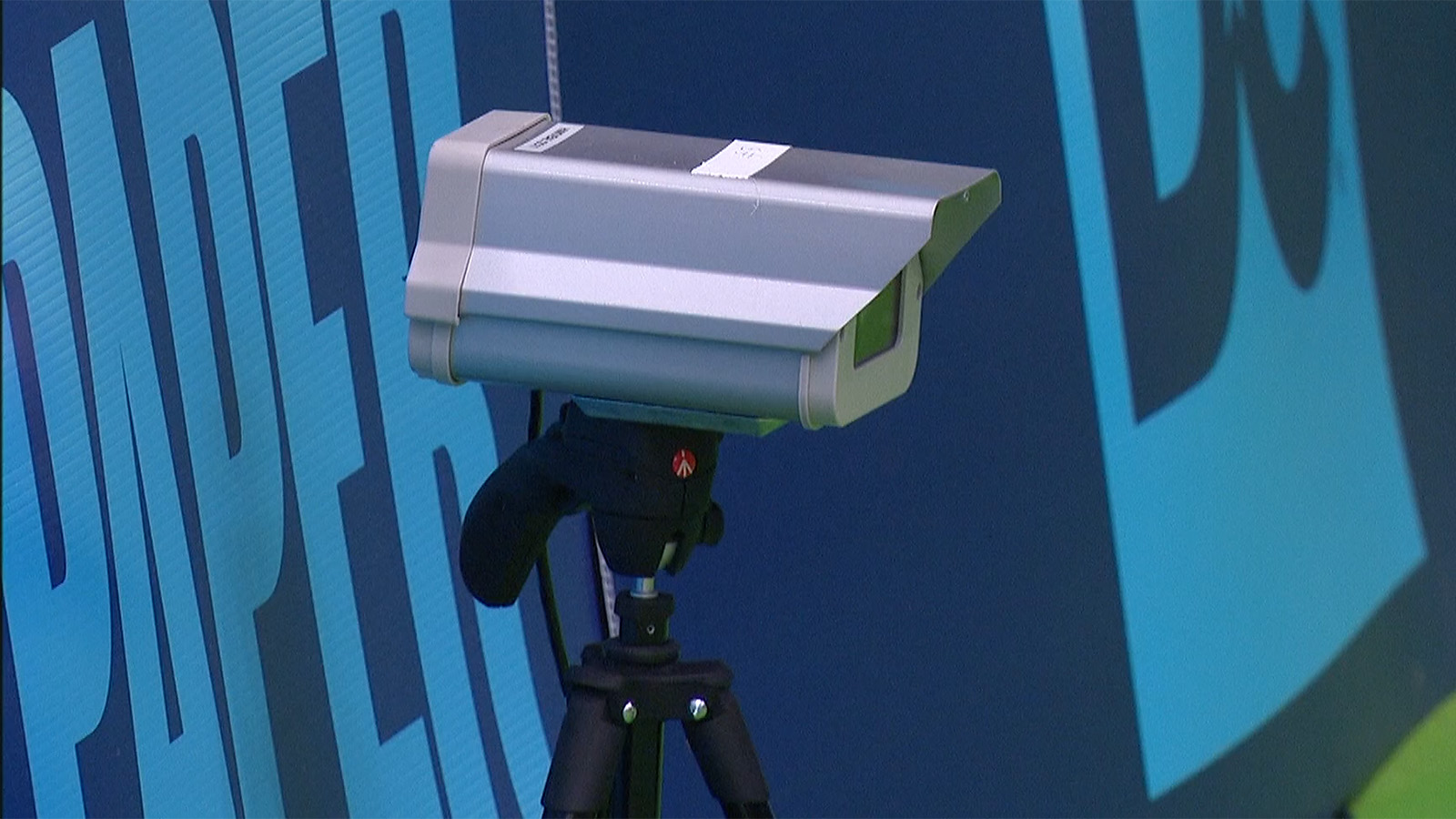 When you look closely this season during World TeamTennis presented by GEICO matches ÔÇô whether you‘re watching on WTT.tv or in person ÔÇô you‘ll notice the court is a lot less crowded.

That‘s because no line umpires are manning the sidelines of the court nor are they positioned beyond the baseline. It‘s officially up to Hawk-Eye Live, the instantaneous line-calling system implemented across the league this year for the first time.

It begs the question: What would John McEnroe ever do with himself?

Hawk-Eye Live relies on twelve cameras calling lines, six for foot faults, a review official in the booth and the chair umpire to carry out it‘s in-or-out system, which reacts on the spot. Gone are challenges to potential human error.

Hawk-Eye Live has it all covered.

“It takes a little of the stress out of it,“ says Washington Kastles team member Madison Brengle. “The computer is the computer. Once the call is done, there‘s nothing to argue about, regardless of if you agree with it or not. I think both sides are a lot happier. We‘re spoiled ÔÇö I like it. The call is the call.“

While other events have used Hawk-Eye Live in the past, World TeamTennis is the largest implementation of the technology across 42 matches over 22 days in six different team markets, concluding with the WTT Finals on Sunday, August 5 in Philadelphia.

There were minor teething issues with the system in the first few nights, but since then it‘s been seamless. Some players and coaches would like a system of challenging back, but should a call feel especially close, they can request to see the call on in-arena video boards in what‘s called a “Close Call“ replay.

Washington Kastles doubles specialist Robert Lindstedt has a way to put the new process quite simply.

“It‘s like typing into a calculator two plus two and it says four and then you go, ÔÇÿI don‘t believe it!‘“ he says, smiling. “You put the same numbers again and get the same result.“

The chair umpire works with the review official ÔÇô who sits with the Hawk-Eye Live technical team ÔÇô should anything go wrong. Real-time ball-tracking technology determines whether a shot is in or out immediately after it has landed. It mirrors the video replay systems and process used in both soccer and cricket.

Hawk-Eye Live has been integrated in coverage on WTT.tv, as well.

“It‘s a new additionÔÇª It‘s very exciting for the league,“ De Jager adds. “If you ask me: ÔÇÿHawk-Eye or linesman?‘ I‘ll say Hawk-Eye for sure.“

World TeamTennis has always been looking for ways to set trends. In 2012 timeouts were implemented and, three years later, the 25-second serve clock was introduced in 2015.

Such a serve clock is being used throughout the tournaments leading up to the US Open this summer, including the Open itself, and the Open will also use Hawk-Eye to support line judges on all courts this year, as Indian Wells has done on tour for years.

“WTT has always embraced technology and innovation as a game-changer in the sport,“ said WTT Commissioner Ilana Kloss when it was announced that Hawk-Eye Live would be used this season. “This line-calling system is another way to move the sport forward and enhance the match experience for fans, players and viewers on WTT.tv.“

But as far as player arguments over line calls? Those perhaps are gone forever.