Freedoms Defeat Empire To Notch Ninth Win In A Row 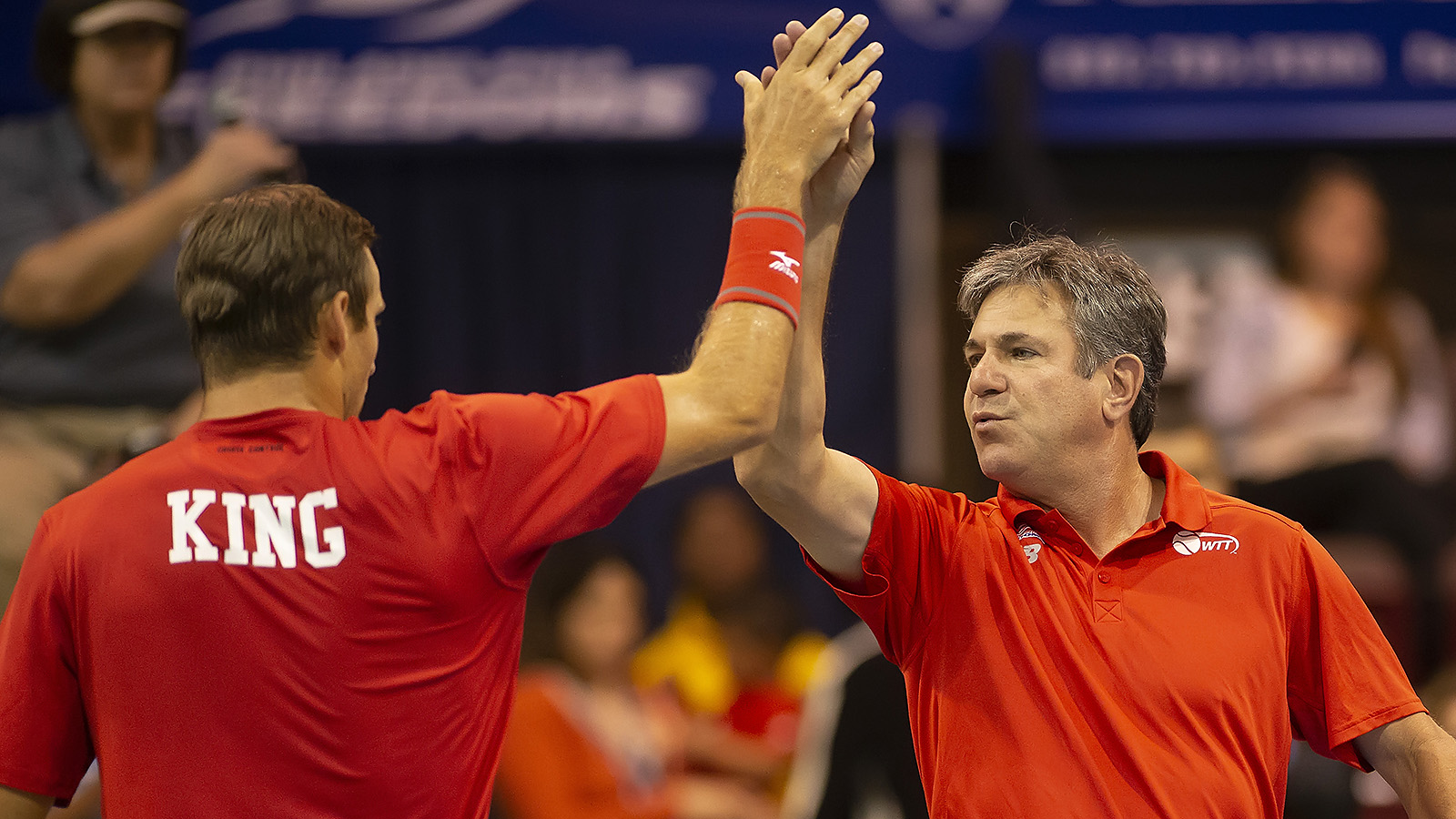 One of the main keys to success in World TeamTennis is the ability to close out games.

On Wednesday night at Hagan Arena, the Philadelphia Freedoms did just that to collect their ninth consecutive win with a 23-13 victory over the New York Empire in their final regular season match at home.

On 21 occasions, the Freedoms got to game point and then closed the very next point to win the game.

“That was huge tonight,“ said Taylor Townsend, who won her singles match to improve to 11-0 in singles on the season. “When you are able to focus when you get to three points and win the next point that not only makes the difference, but it gives you confidence going into the next game.“

After the Freedoms got off to a rough start dropping the mixed doubles set 5-3, Townsend bounced right back in women‘s singles defeating Francoise Abanda 5-1 to turn a 5-3 deficit into an 8-6 lead.

In that set, Townsend got to three points first four times and won all four of those games. Kevin King and Fabrice Martin continued the hot play for Philadelphia increasing the lead to 13-7 at the break thanks to their 5-1 win in men‘s doubles over Neal Skupski and Dennis Novikov.

In men‘s singles, it was Kevin King (aka ÔÇÿThe Closer‘) doing what he does best, holding serve at 3-3 to power his way past Novikov in convincing fashion to close out the set and the match.

“Everyone did a great job tonight,“ said Townsend following the match. “We got off to a little bit of rough start, but everyone stepped up and did their job as the match went on.“

TURNING OUT: After dropping the opening set 5-3, the Freedoms registered 5-1 wins in women‘s singles and men‘s doubles to take a 13-7 lead into halftime.

NEXT ON: The Freedoms travel to New York to face the Empire on August 2 at 7 pm in their final match of the regular season. Follow results on www.WTT.com/scores or www.philadelphiafreedoms.com. The match can also be viewed live at www.WTT.tv.