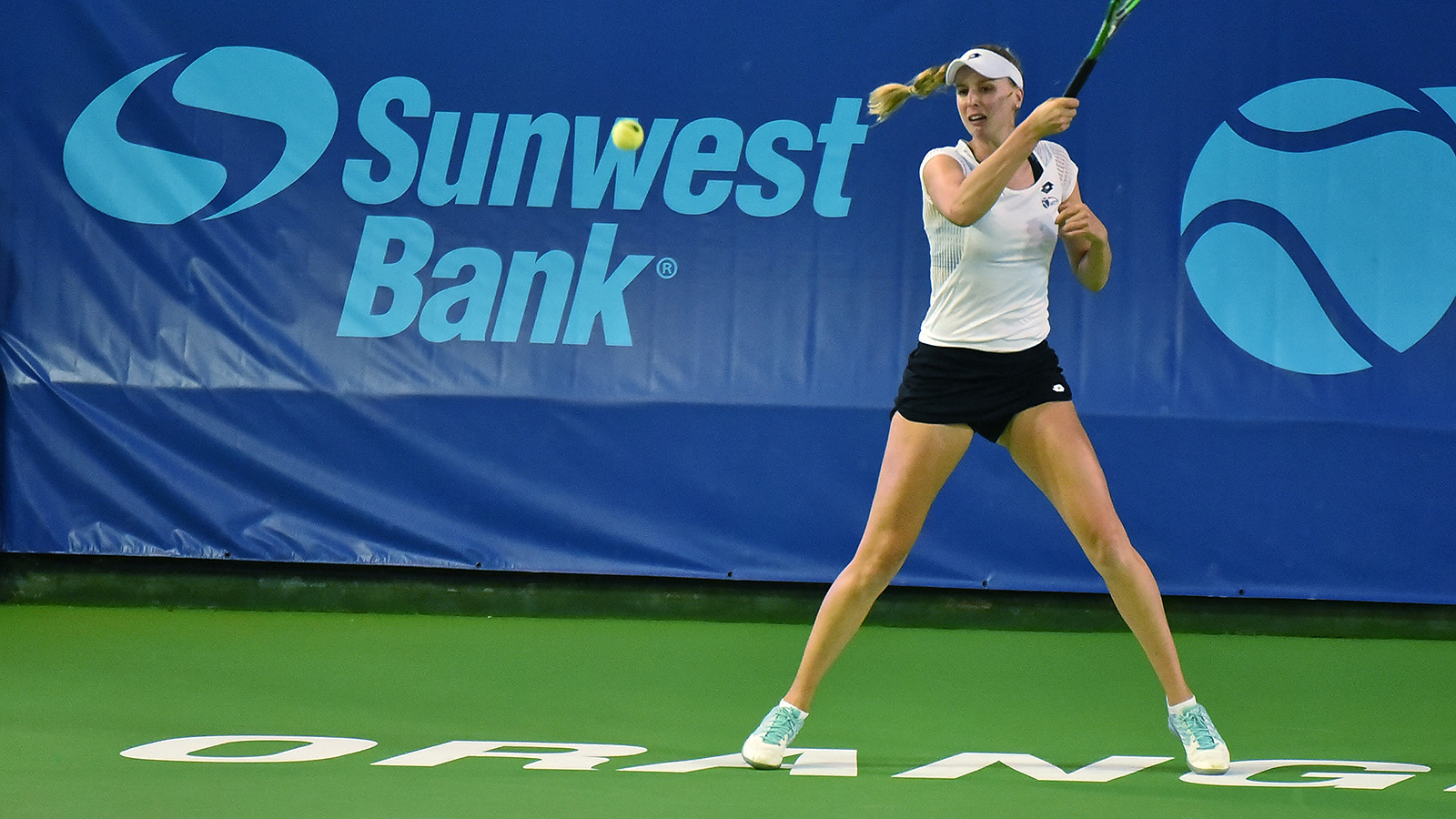 The intense Southern California rivalry between the Orange County Breakers and San Diego Aviators saw its chapter end for the season with the squads facing each other for the fourth and final time. The Aviators earned a 24-19 win to earn a sweep of the reigning WTT champions this season, moving into sole possession of second place in the league standings with just two matches remaining on the season.

It has become almost customary at Breakers home matches for men‘s singles to be the final set of the evening contested, however Coach Rick Leach strayed away from his usual order of play tonight to mix things up and decided to let Darian King and Marcus Willis battle it out a couple hours earlier than they usually would have.

King came through for his coach, defeating Willis in a sudden death point in the tiebreaker for a 5-4(4) victory to exact revenge on his defeat to the Brit just a couple days ago. King didn‘t win any second serve points which would usually become a cause for concern in a singles set, but the Barbadian was strategically kicking his serves in and the tactic worked as he hit 93% of his first serves in while winning 76% of those.

Another tiebreak ensued in the following set with Willis and former UCLA Bruin Marcin Matkowski taking down King and Marcelo Demoliner to even up the match at nine games apiece after two sets.

With Slovenian doubles specialist Andreja Klepa─ì forced to miss the rest of the season due to an elbow injury, coach Rick Leach inserted Yanina Wickmayer to play mixed doubles once again with the Brazilian Demoliner. Although they found themselves in a 4-0 deficit quickly, the duo were able to claw themselves back into the set before just coming up short. The Aviators duo of Anna-Lena Groenefeld and Matkowski earned the 5-3 victory to put San Diego up 14-12 entering halftime.

Former Arizona State Sun Devil Jacqueline Cako then made her WTT debut in women‘s doubles, joining forces with Wickmayer to take on Groenefeld and Naomi Broady. The American-Belgian duo found themselves in a 3-1 hole, but bounced right back and took two games both on the virtue of the ever crucial 3-all points. The Breakers then saw their momentum halted though as San Diego‘s British-German combo wrapped up the set for a 5-3 victory.

On competing in her first WTT match Cako stated, “It was great. The crowd was fun and I really enjoyed it. It‘s more like a college atmosphere which is great because I loved playing college tennis. I have no complaints and I‘m definitely going to try to play a full season next year.“

“Jacqueline played great, winning three games was huge. I didn‘t know Jacqueline would adapt so quickly, she did great. She played college tennis and she loved it, she had a great time,“ coach Leach said. “The atmosphere was great out here, the fans were wonderful. It‘s a great atmosphere for World TeamTennis, so win or lose it‘s fun.“

Wickmayer then stayed on court for her third consecutive set and battled valiantly, but ultimately came up short against Broady who fired five aces and was locked in en route to her 5-4(4) victory for the visiting Aviators.

“Our team really fought hard and we have to come back tomorrow and try to rebound. That‘s what you do in professional sports, you can‘t get too low or too high,“ coach Leach said. “You just try to be professional and do your best.“

TURNING POINT: Facing a 2-4 deficit in the tiebreaker against Wickmayer, Naomi Broady came up with the goods to win three straight points and finish off the evening with a big ace out wide to avoid going into Extended Play.

NEXT ON: The Breakers remain at home to take on the Springfield Lasers in less than 24 hours on Wednesday night at 6:00 pm Pacific time. Follow results on www.WTT.com/scores or www.breakerstennis.com. The match can also be viewed live at www.WTT.tv.