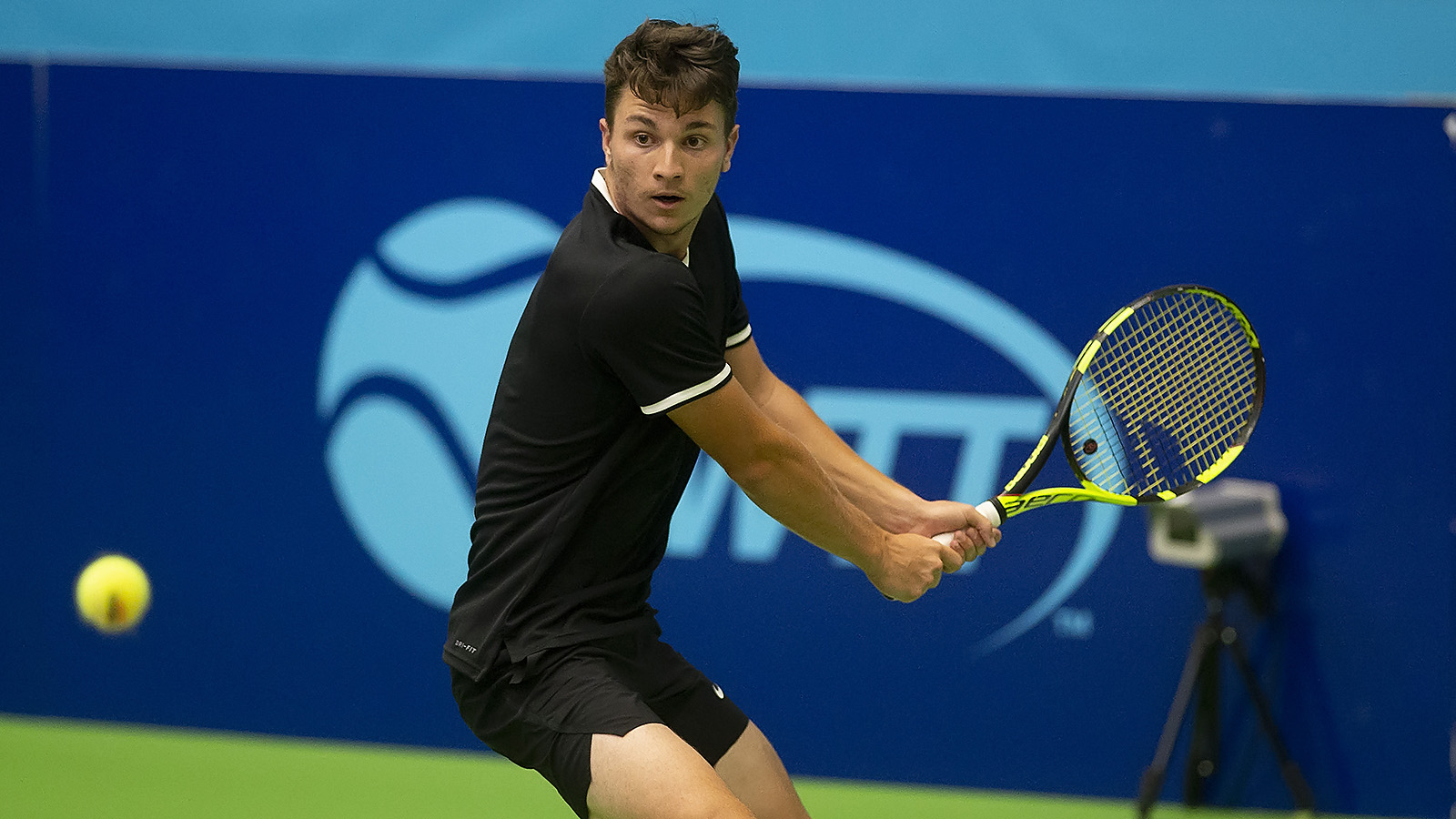 Eighteen-year-old Miomir Kecmanovic has practiced with Novak Djokovic on Court Philippe Chatrier at the French Open as well as with Roger Federer inside the O2 Arena at the ATP World Tour Finals in London, but the Serbian youngster is still trying to make the main draw of a major for the very first time.

It‘s a goal he feels as though his summer playing World TeamTennis presented by GEICO has helped him take a giant stride closer to.

“This has afforded me a lot of practice time, but also that atmosphere to deal with pressure in tough situations,“ says Kecmanovic, who goes by Mischa. “I‘ve had a bunch of good matches against tough players, so for me it‘s been a great test before the Challengers I‘m off to play.“

He‘s had some experienced voices in his ear this season, including Grand Slam winners Daniel Nestor, Vania King, Abigail Spears and Jack Sock as teammates on the Springfield Lasers, as well as former player and South African Davis Cup captain John-Laffnie De Jager as coach.

“There are a lot of things he needs to learn, but this team environment is great,“ De Jager told WTT.com. “‘ His [tour] coach [Miro Hrvatin] told me, ÔÇÿI‘m constantly telling him these same things, but now he‘s hearing it from different people.‘“

Kecmanovic has been listening ÔÇô both on the court and off of it.

“I am lucky to be with such a great group of people, so I‘m thankful for that,“ he says. “We have a lot of fun together and really get along.“

Nestor, who is retiring later this year at 45 and taking a Hall of Fame-worthy career with him, hasn‘t hesitated in helping out the teen, who trains at the IMG Academy in Florida and was boys‘ world No. 1 as well as the junior runner-up at the US Open in 2016.

“He‘s got a lot of potential,“ says Nestor. “He has to work on staying positive in tough situations, [but] that‘s normal for a youngster. He‘s got a lot of opportunity ahead of him. This generation is very athletic. They hit the ball great. Mischa has the full package to me because he has great hands, too, which is a nice addition in today‘s game.“

He also has a first ATP Challenge title win, last fall in Suzhou, China. He made his debut in an ATP Masters 1000 in Miami this season and his lone goal in the immediate future is that coveted maiden Slam appearance. He‘s fallen in qualifying at all three of the majors so far in 2018.

“I have to work on my shots, my fitness,“ Kecmanovic tells WTT.com. “I have a lot of practice that I need to put in to take it to that next level. My mental game is something I know I need to work on, but I feel like if I stay consistent on all of those things I can break through.“

Along with his WTT experience this summer, those hitting sessions with Federer and Djokovic have helped Mischa believe that he belongs. He is, indeed, the youngest Serbian to crack the top 200 since Djokovic did so in 2004.

“It was really awesome to get to practice with“ Roger and Novak, he says. “I learned a lot from them during those experiences. They gave me some good advice, just telling me to keep pushing forward. I‘m really happy I got to know them as people and players.“

He‘s maintained a friendship with Djokovic, as well, messaging with the recent Wimbledon winner when they‘re on the road and catching up in person from time to time.

Along with players like Taylor Fritz, Naomi Osaka, Frances Tiafoe and Taylor Townsend, Kecmanovic represents a next generation slew of stars that could have WTT fans uttering, “I knew them when…“

De Jager hopes that the league can help build the careers of such budding players to also help bolster the WTT appeal, as well: “I think that‘s one of the big things for the league: Keep these young players around who are going to be future top 50 guys.“

Moving inside the top 200 was a big step for Kecmanovic, and now ÔÇô along with that main draw at a major ÔÇôhe wants to be inside the top 150, or even top 100. But the higher you climb, the harder it gets, he says.

“Comparing [the pros] to the juniors, it‘s a different game completely,“ he says, laughing. “It‘s been a lot harder to move up from here than it was to get to hereÔÇª at least that‘s what I think. Hopefully I can make that next move.“

Midway through the season, Kecmanovic helped the Lasers fly high ÔÇô quite literally: The team took a private jet from one match to another, and he was in the cockpit for takeoff. How‘d it go?

“On take-off, I pulled the throttle back and that was it,“ he says, adding with a laugh, “we‘re here!“

He‘s here, too. And if he‘s here to stay, well, that‘s only something time will tell, but his season in the WTT certainly helped him elevate his game.