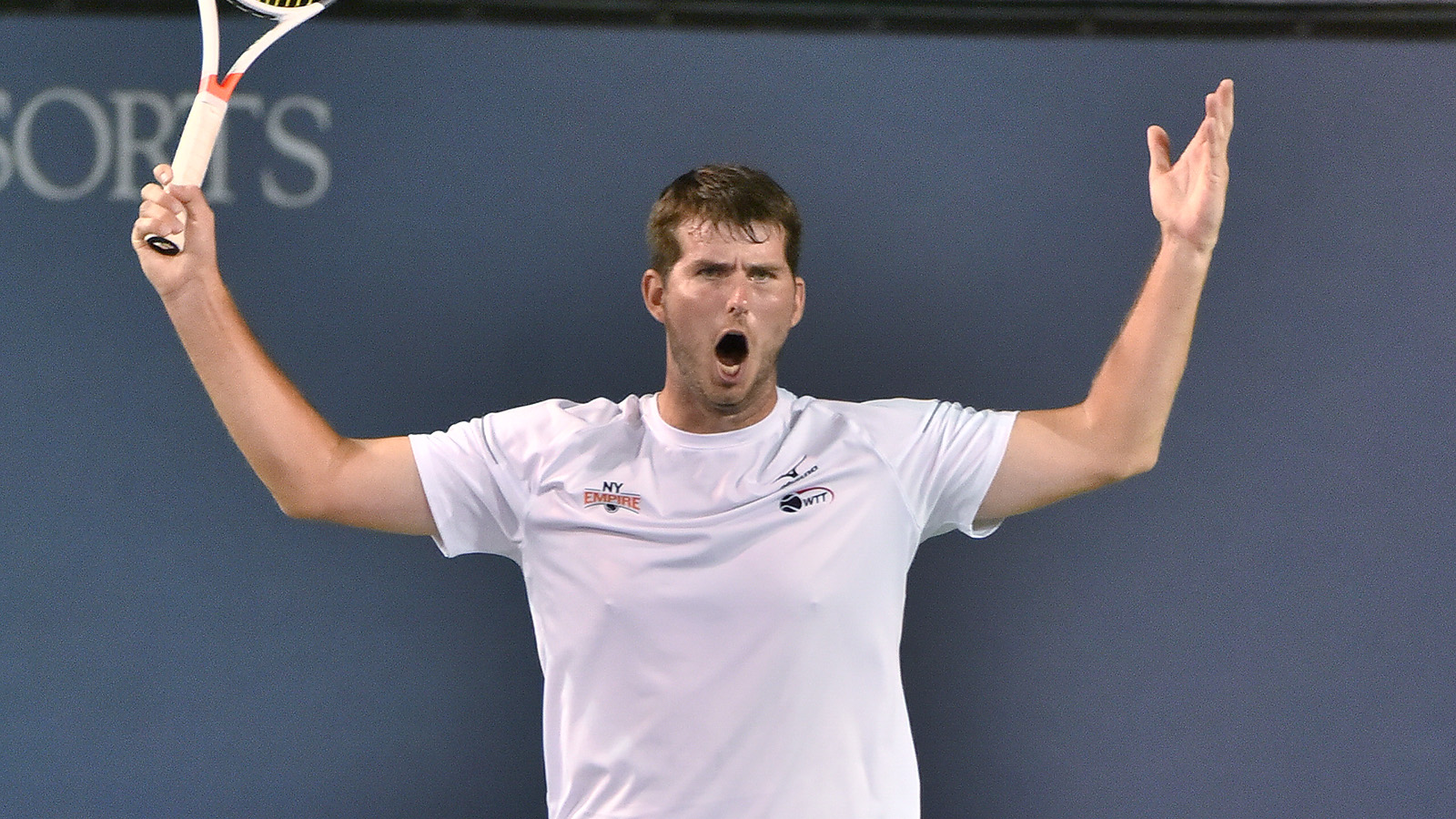 The New York Empire finally put it all together and scored their first win of the season as they defeated the San Diego Aviators 21-17 on Monday night at the Omni La Costa Resort & Spa. With the victory, which took one hour and 27 minutes, the Empire broke an 11-match losing streak.

On a warm summer evening that saw the Empire finally get into the win column in the World TeamTennis standings, the match changed momentum multiple times as the Empire and Aviators split the first four sets of the match.

With the score tied 16-16, New York‘s Dennis Novikov stepped onto Stadium Court for the final set of the night in men‘s singles against Marcus Willis of the Aviators. Novikov took only 12 minutes to overpower Willis 5-1 to give the Empire its first victory of the season.

“I was excited to be out there competing for my team after we all battled for four sets,” Novikov said. “I walked out and the whole team told me they believed in me and to trust my game. I played with a strategic game plan and served well to secure our first win.”

Taylor Johnson, a highly-ranked Southern California junior player, joined the Empire for tonight‘s match against the Aviators. Even though she lost the women‘s singles and women‘s doubles sets, Johnson won pivotal games that eventually made the difference for New York.

“There is a little pressure especially because of the crowd, but I tried to just focus on having fun and staying in the moment and just going for it,” said Johnson, who will begin her collegiate tennis career at UCLA. “I think I served really well so that helped me. I just wanted to go out there and compete. It was awesome. I’m really glad to be a part of it.”

With the loss, the Aviators’ season record falls to 6-5. They are tied with the Springfield Lasers for second place. San Diego will host Springfield in its final regular season match on Thursday.

TURNING POINT: With a winner-take-all scenario coming into play at the start of the fifth set, Dennis Novikov broke Marcus Willis for a 3-1 lead and never relinquished his advantage to put the finishing touches on an all-around team effort.

NEXT ON: San Diego will play their final road match of the regular season against the Orange County Breakers at 6 p.m. (PDT) on Tuesday at Breakers Stadium at Palisades Tennis Club in Newport Beach. This will be the fourth and final regular season meeting between the Southern California rivals. The Aviators have won all three of their previous head-to-head matches against the Breakers this season.

Follow results on WTT.com/scores or www.sandiegoaviators.com. Watch live streaming of all WTT matches on WTT.tv presented by GEICO.