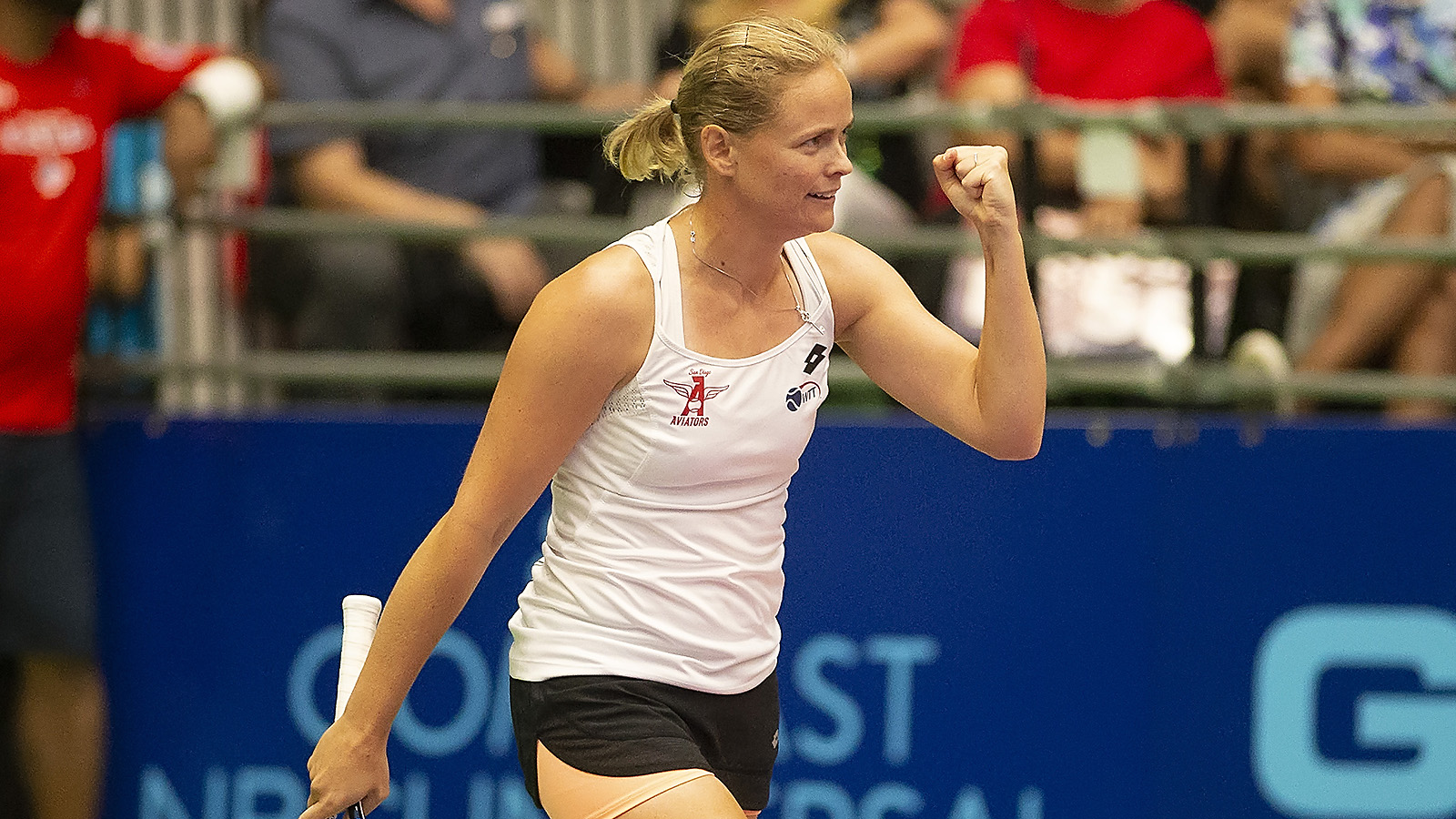 The San Diego Aviators broke a two-match losing streak with a hard-fought 23-18 victory over the Orange County Breakers on Saturday night at the Omni La Costa Resort & Spa.

With four matches remaining in the 2018 World TeamTennis presented by GEICO season, the Aviators are in second place in the WTT standings with a 6-4 record and more importantly, are in strong contention for the second and final playoff spot.

After dropping the opening set in men‘s doubles to the Aviators, the Breakers rallied in women‘s singles as Yanina Wickmayer edged Naomi Broady 5-4 in 22 minutes.

With the score tied 9-9, San Diego took control of the match in mixed doubles as Marcin Matkowski and Anna-Lena Groenefeld defeated Andreja Klepac and Marcelo Demoliner of the Breakers 5-2 to put the Aviators in front, 14-11. It was a lead San Diego would not relinquish.

In the final set, Marcus Willis came through again for San Diego in men‘s singles as he took 18 minutes to close out a 5-2 victory over Darian King of Orange County and clinch the win for the Aviators.

“He‘s (King) very athletic, so you have to come in when he doesn‘t expect it. He was slicing his shots and trying to get me into the net, but I had to pick the right time,“ Willis said as he celebrated the victory with his teammates.

“It was a scrappy set of singles, but I played well and it was a good team effort for us to get the win. Everyone played awesome,“ Willis added. “It was nervy stuff for a while, but we came through at the end.“

After defeating Orange County for the third straight time, the Aviators will wrap up the 2018 WTT regular season by playing three of their last four matches at home.

TURNING POINT: On a critical break point, Marcin Matkowski blasted an unreturnable forehand during a spirited rally to give the Aviators the key service break and a 4-2 lead in mixed doubles. Anna-Lena Groenefeld then served out the set in the next game to give San Diego a 14-11 halftime lead. The Aviators remained in the lead and went on to win their sixth match of the season.

NEXT ON: The Aviators will host Coach Gigi Fernandez and the New York Empire at 7 p.m. (PDT) on Monday at the Omni La Costa Resort & Spa in Carlsbad, Calif. In their previous meeting this season, San Diego won four of five sets in a 23-18 victory over the Empire in New York. Follow results on WTT.com/scores or www.sandiegoaviators.com. Watch live streaming of all WTT matches on WTT.tv presented by GEICO.