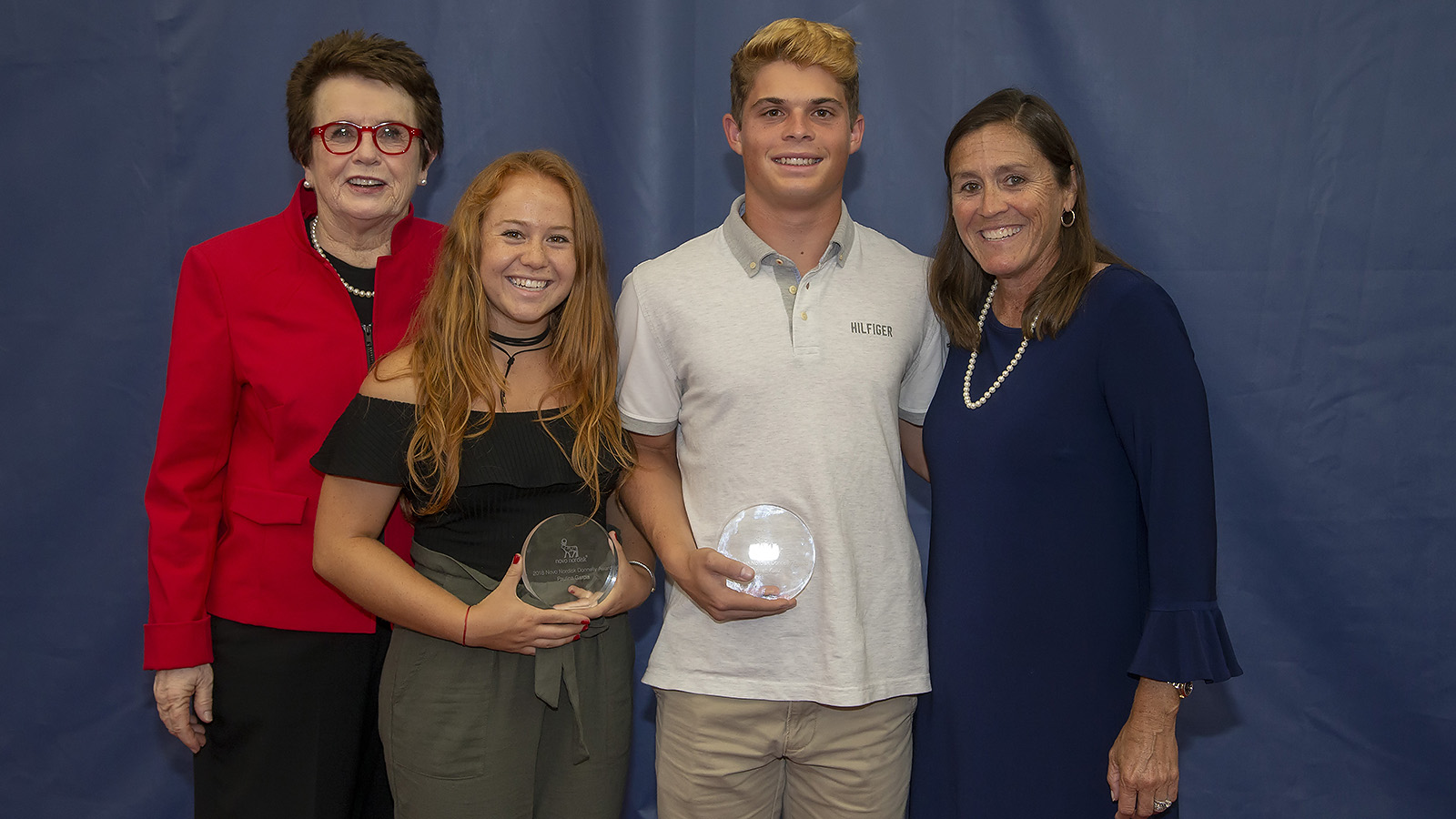 The Novo Nordisk Donnelly Awards annually distribute $39,000 in scholarships, including two one-time $7,500 national scholarships and eight one-time $3,000 regional scholarships. The scholarships are awarded to male and female athletes ages 14-21 and in good academic standing, who have diabetes and play tennis competitively in tournaments or on their school team.

Garcia, 19, was diagnosed with Type I diabetes at age 12. The diagnosis didn‘t slow down the graduate of TMI Episcopal in San Antonio, who played No. 1 singles all four years of high school. She won district for three consecutive years and also reached the state championship semifinals in 2014. Garcia recently completed her freshman year at Trinity University where she plays No. 6 singles and No. 3 doubles. The international business major also reached the quarterfinals of the fall 2017 ITA Collegiate Conference Tournament. In her spare time, Garcia has also done volunteer mission work for Regnum Christi and also works at a youth tennis camp.

Kurtz, 20, was diagnosed with Type I diabetes at age 7. He played varsity for four years at University High School in Irvine, leading the team to CIF (California Interscholastic Federation) titles and back-to-back state regional titles. Kurtz, who played No. 1 doubles and singles his senior year, was also a 5-star recruit and was ranked top 50 nationally and top 10 within Southern California in all age divisions. He is currently a junior at the University of San Diego where the political science major also plans to pursue a career focused on research and development for medical devices in diabetic healthcare industry. He recently received the distinction of First Honors from the College of Arts and Sciences at USD for second semester.

These awards are named after two former World TeamTennis executives and tennis champions, Diane Donnelly Stone and Tracey Donnelly Maltby, who are sisters. Stone was an All-American and NCAA doubles champion at Northwestern University, and Maltby earned All-Big Ten honors at the University of Iowa. Both women have lived successfully with diabetes since childhood. The scholarship program was established by King, through WTT Charities, in 1998 to encourage children with diabetes to lead an active life and compete in tennis.

Novo Nordisk is a global health care company with more than 90 years of innovation and leadership in diabetes care. This heritage has given us experience and capabilities that also enable us to help people defeat other serious chronic conditions: hemophilia, growth disorders and obesity. With U.S. headquarters in Plainsboro, N.J., Novo Nordisk Inc. has nearly 5,000 employees in the United States. For more information, visit novonordisk.us or follow us on Twitter: @novonordiskus.