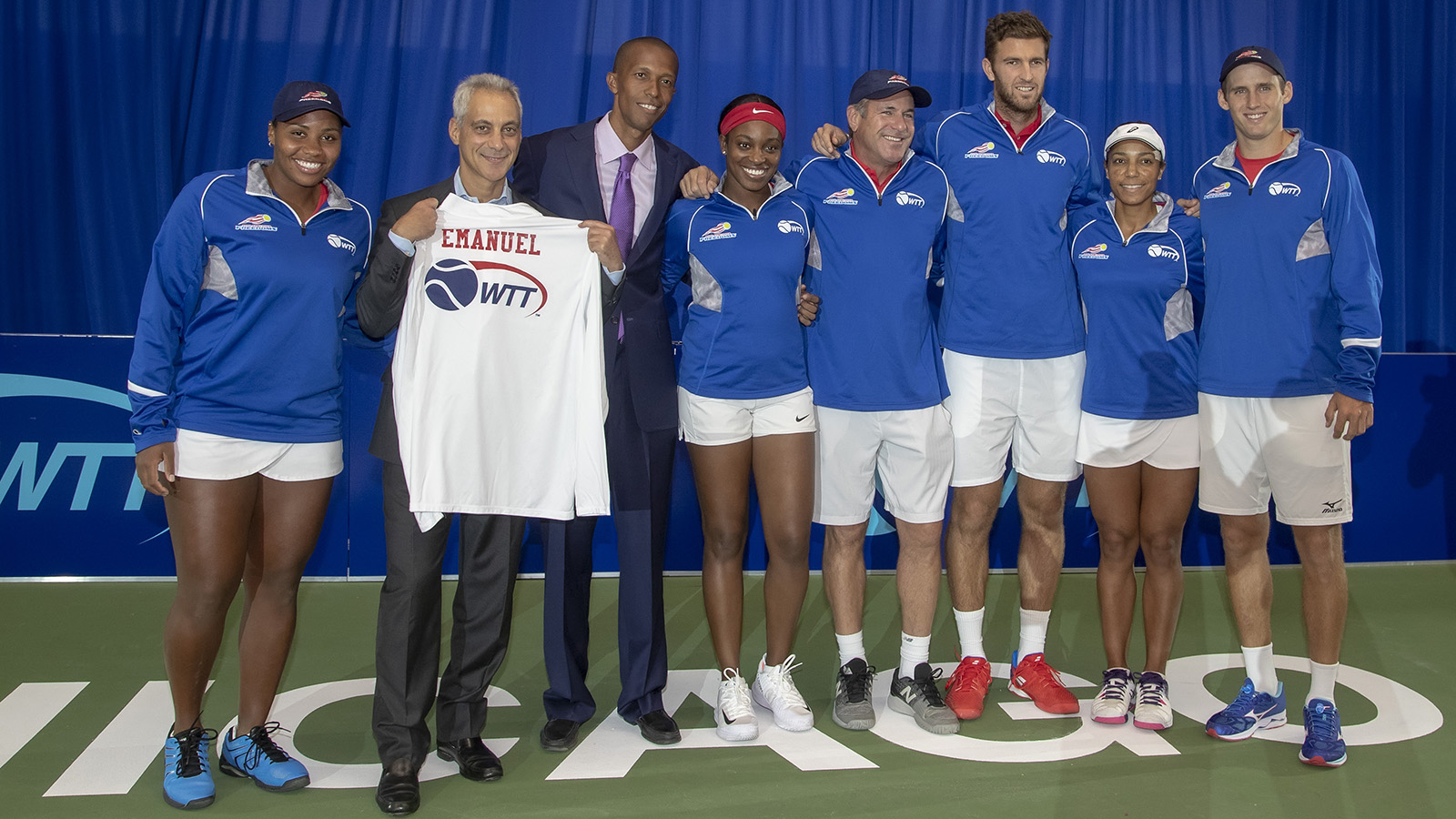 The stars of the night might have been Taylor Townsend and Sloane Stephens, but the winner was definitely the city of Chicago.

Professional tennis returned to the Windy City in the form of a special one-night only match ÔÇô World TeamTennis Chicago presented by Magellan Corporation ÔÇô and the packed house got to see the red-hot Philadelphia Freedoms continue their winning ways as they defeated the Washington Kastles 23-18.

The triumph further secures the Freedoms‘ position atop the league‘s leaderboard, moving them to 9-1 overall with a sixth win in a row.

Friday evening‘s play began with mixed doubles as the Freedoms‘ Townsend and Fabrice Martin battled Nicole Melichar and Robert Lindstedt of the Kastles. Hometown favorite Townsend got the crowd into it early, crushing an overhead smash so hard that it landed in the catwalk behind the court. While she and Martin captured the first game, the set was a seesaw battle that culminated in a tiebreak, with Melichar and Lindstedt coming out on top (5-2) to capture the set 5-4.

Reigning US Open champion and French Open finalist Stephens stepped into the action next and teamed up with Townsend. Both players have been under the tutelage of Kamau Murray, founder and CEO of XS Tennis Village, where the match was being held. While Townsend was under his guidance as an up-and-coming junior, Stephens is currently coached by him and has achieved the best results of her career with his coaching.

The duo cruised past Madison Brengle and Melichar, 5-1, to catapult the Freedoms to a 9-6 overall lead two sets in.

The crowd was next treated to the “hometown“ Freedoms‘ combination of Kevin King and Martin, who took the third set 5-4 in a tiebreaker (5-4) over Lindstedt and Tennys Sandren in men‘s doubles.

In women‘s singles, Stephens was back on court and walked into a battle with Brengle, who chased down everything and pushed the World No. 3 all set long. In the set-deciding tiebreak, the six-time WTA titlist took a commanding 4-0 lead, but Brengle reeled off five consecutive points to defeat Stephens 5-4 with some of the most compelling tennis played all night.

The win kept the Kastles‘ hopes alive, and put them just three games behind the Freedoms, 18-15, heading into the final set.

King and Sandgren came on court for the final set in men‘s singles, and went toe-to-toe with big serves and forehands to close out the evening. In the end, King proved to be the closer the Freedoms needed, capturing the set in decisive fashion, 5-3, and the overall win for the team.

After the match, Townsend reflected on what it meant to come back to Chicago and play in front of her hometown crowd.

“I think it was great. I mean, it was a really good turnout, I heard that it was sold out. I am really glad we came and did our thing.“

The Freedoms continue to roll, and as Townsend shared, it‘s because all the players on the team are contributing. “Everyone just did their part again. We are just doing a really great job bonding.“