Lasers Light It Up To Score Road Win In Washington 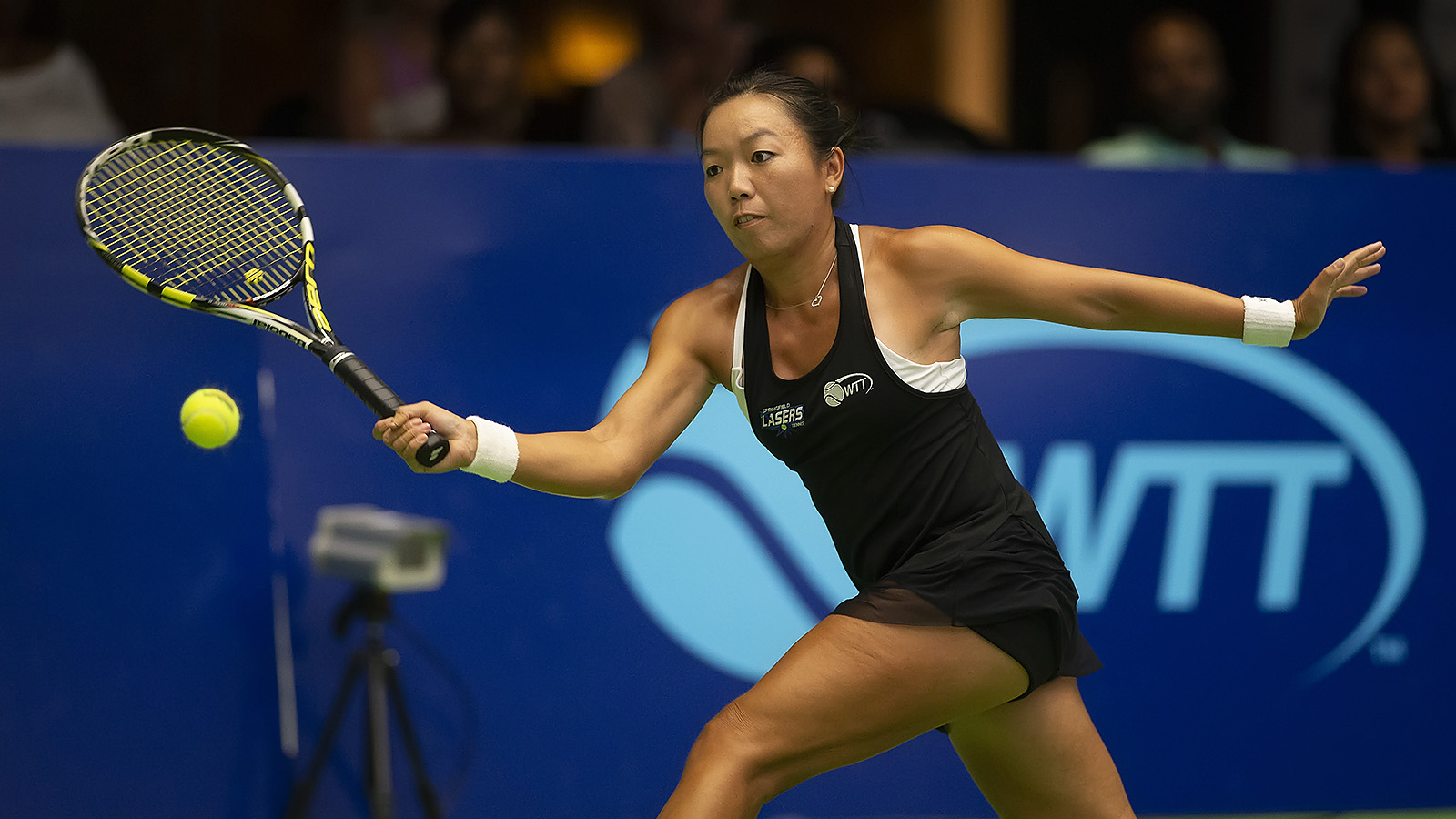 The Springfield Lasers were not going to let Venus Williams and the Washington Kastles stage another epic comeback Thursday night.

Thanks to decisive wins in men‘s singles and women‘s doubles, the Lasers went into the final set leading 17-12. That proved too much to overcome for Williams, who saved three match points and overcame a 3-game deficit in a win against the San Diego Aviators one night earlier. The Lasers‘ Vania King won the final set, 5-3, Thursday to top Williams and secure the team victory.

Kastles head coach Murphy Jensen credited the Lasers for their good play, while noting the challenge of playing one night after such an emotional win.

“[The Lasers] are a very good team, and it‘s very difficult to bounce back after such a big comeback,“ said Jensen. “The next day, you are exhausted emotionally, mentally, and physically, but our guys prepared absolutely perfectly. We just played a team that outplayed us tonight.“

Thursday‘s action began with men‘s doubles, with the Kastles‘ Tennys Sandgren and Robert Lindstedt up against 18-year-old Miomir Kecmanovic of Serbia and 12-time Grand Slam doubles champion Daniel Nestor. Each side delighted fans with hard serves and crisp volleys, and in the eighth game Lindstedt brought the crowd to its feet with a passing shot winner around the net post. The teams held serve until a tiebreaker, when the Kastles gained a 4-1 edge. But the Lasers won the next four points, winning the set on a service winner from Nestor that received an assist from the net cord. The Kastles were 0-2 on 3-3 points in the set.

The Lasers‘ lead was short-lived after Lindstedt then teamed with 2018 Wimbledon mixed doubles champion Nicole Melichar against Nestor and Abigail Spears, winner of the 2017 Australian Open mixed doubles crown. The Kastles grabbed an early service break and cruised to a 3-1 lead in the set and went ahead 7-6 overall. They‘d grab another break two games later to win the set 5-2 and establish a 9-7 lead in the match.

The next set turned the tide and offered a glimpse of the future as Sandgren faced Kecmanovic, the former top-ranked junior player and 2016 US Open junior finalist. Kecmanovic put on a scintillating display from the baseline, breaking Sandgren three times en route to a 5-2 set win. Kecmanovic won 24 of 38 points in the set, and his victory gave the Lasers a 12-11 overall lead with the women left to play.

The Lasers kept the momentum going in women‘s doubles as Spears and King, a 2-time Grand Slam doubles champion, faced off against Williams and Melichar. The Lasers secured an early break of serve and saved three break points to go up 3-0 in the set, then won a 3-3 point to break again and go up 4-0. The Kastles secured a break to avoid the shutout, but the Lasers broke back to win the set, sealing it when a Melichar volley landed into the net.

With the Kastles trailing 17-12, Williams would need to win the final set against King in women‘s singles to give her team a chance. Things got off to an inauspicious start, as King broke Williams to grab a 1-0 lead. But Williams broke back, tying the set with a running forehand passing shot. King, however, proved resilient and broke back with an untouchable drop shot and holding for a 3-1 set lead and 20-13 edge overall.

The tide appeared to shift when Williams broke serve to tie the set at 3-3 after a pair of sensational back-and-forth points. But King broke back at love, then won the set and match with an overhead smash.

For King, it was a rewarding victory as she continues to recover from surgery.

“I hadn‘t been playing a lot of singles, and World TeamTennis was my first matches back,“ King said. “My team has been so supportive. I just tried to go out there and execute my game and stay aggressive.“

TURNING POINT: Miomir Kecmanovic won the third set, 5-2, to give the Lasers a 12-11 overall lead. They would not trail for the rest of the match.

NEXT ON: The Kastles travel to Chicago to play the Philadelphia Freedoms Friday at 7:00pm Central, then return to host the Freedoms in D.C. on Saturday at 5: 0 p.m. Eastern. Naomi Osaka joins the Kastles lineup for Saturday‘s match. Follow results on www.WTT.com and www.washingtonkastles.com. All matches are streamed live at www.WTT.tv.