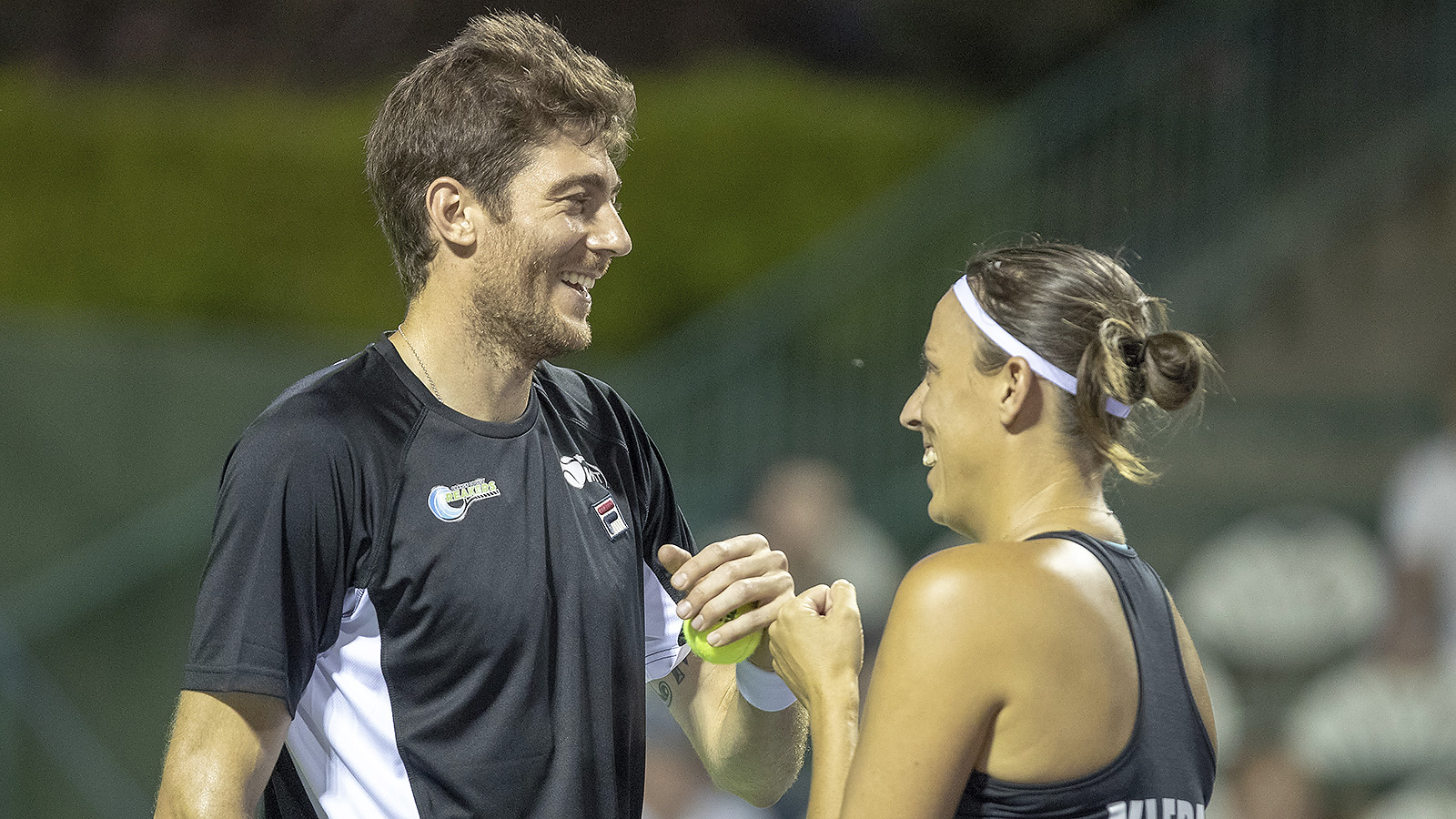 It hasn‘t been the season the defending World TeamTennis champions expected, but they had their highlight on Thursday night.

The Orange County Breakers posted their largest margin of victory for the year to date, as they won the last four sets to defeat the New York Empire, 22-14, on Court 17 at the USTA Billie Jean King National Tennis Center and snap a three-match winless streak.

Empire head coach Gigi Fernandez shuffled her lineup ahead of the match in an attempt to play to New York‘s strengths in doubles, and all began according to plan.

The Empire‘s Tatjana Maria ended a three-set losing streak in women‘s singles to open the match, securing a 5-2 victory over 2017 WTT Female Rookie of the Year Yanina Wickmayer, as New York again set out of course for its first win of the season.

However, that proved to be the lone set that the home team would win on the night, as Orange County won the next three events by identical 5-2 scores before winning the mixed doubles, 5-3, to end the evening.

Marcelo Demoliner, Andreja Klepac and substitute Mackenzie McDonald did the heavy lifting for the visitors, as they each went 2-0 in their respective events.

While he has experience in team tennis of a different sort, WTT rookie McDonald made his league debut on Wednesday for Orange County in a loss to Philadelphia, and scored the first two victories of his WTT career against New York.

The 2016 NCAA singles and doubles champion at UCLA scored a singles win over Mardy Fish, and teamed with Demoliner to defeat Fish and Neal Skupski in doubles.

“Playing World TeamTennis for the first time, it‘s been a pretty cool atmosphere,“ McDonald said. “Playing with the team is really nice ÔÇö the last time I did that was in college, so it‘s refreshing to get a little taste of that again. I‘ve always fed off team events. I had a really good team this week, with really nice people, and I definitely think I‘ll come back and play World TeamTennis again.“

Klepac‘s two victories might also give her some bragging rights long after the World TeamTennis season finishes: she defeated her regular WTA Tour doubles partner Martinez Sanchez, playing her first WTT season, in both the women‘s and mixed doubles after halftime.

“It was exciting to play her, and I was looking forward to it. It was a nice experience,“ the 2017 WTT Female MVP said. “I think we played through the match pretty good as the whole team. It‘s never easy to play against them ÔÇö they‘re a good team, just a little bit unlucky this year. We just stayed focused throughout the match and [that‘s how] we won.“

TURNING POINT: The Breakers were clutch when it mattered the most, as they went 6-for-10 on 3-3 points in the match. Three of those were won by the Orange County men before halftime, as McDonald won a pair against Fish in singles. He broke twice and never dropped serve in the set, saving the lone break point he faced to help put the visitors up 12-9 at halftime.

UP NEXT: After a much-needed day off on Friday, the Empire will head back to Springfield for a 7 p.m. CDT match on Saturday. New York will attempt to avoid being swept in the season series by Springfield, which has already scored wins in a Supertiebreaker and in Extended Play against them so far. Fans can follow at www.wtt.com/scores or www.nyempiretennis.com and watch live at www.WTT.tv.