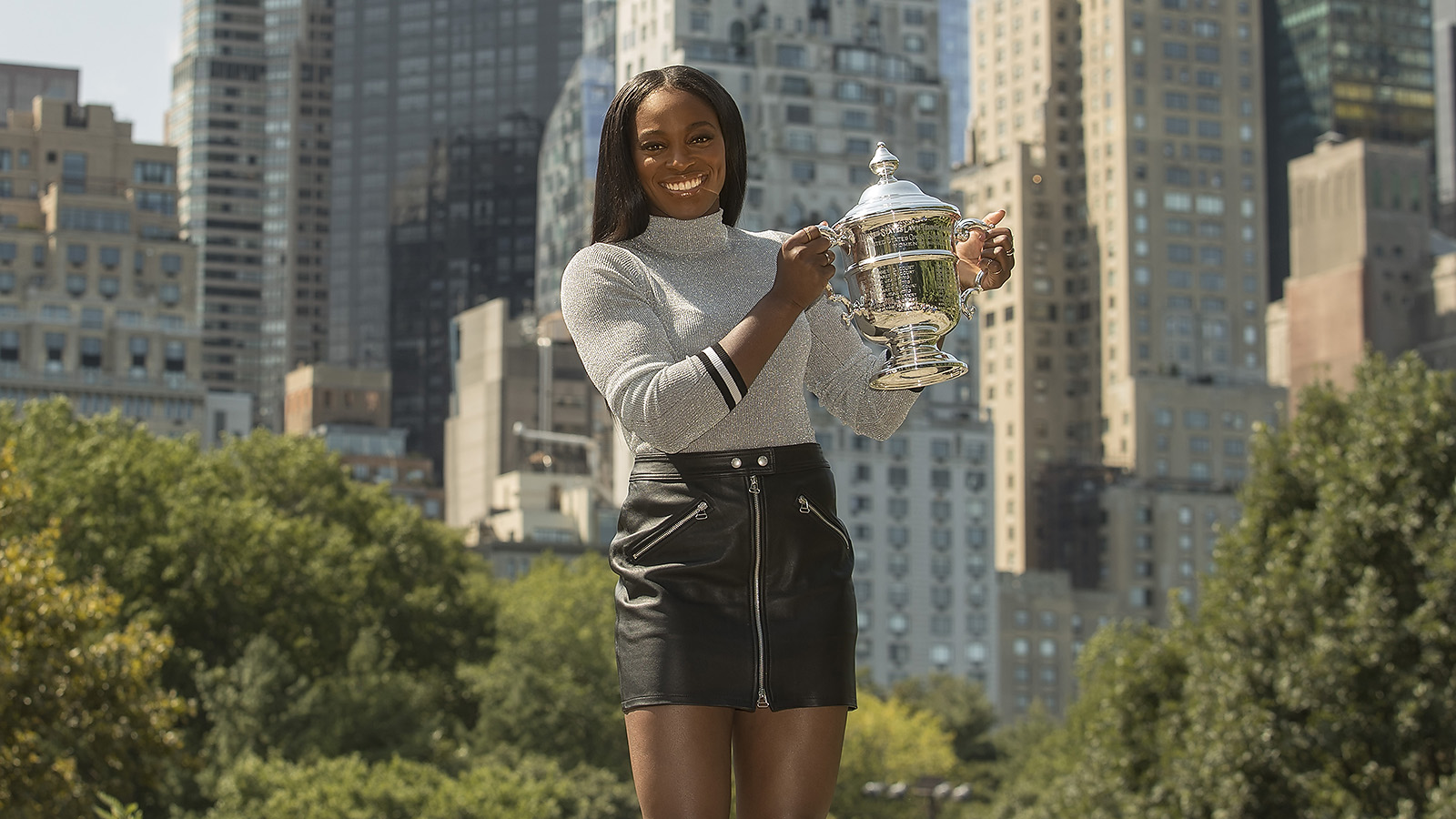 When Sloane Stephens injured her Achilles in the summer of 2016 and was taken away from professional tennis for nine months, the American star found purpose in a daily routine: Hanging out with young kids from her foundation that were passionate about tennis.

“When I was sad and in a bad place, the kids really put a smile on my face,“ Stephens said recently. “I knew I wasn‘t in a position to do what I wanted to do at that moment, but I was able to give my full self to all of those kids. That really kept me going in those months at home.“

We all know what happened next for Stephens: US Open champ; French Open runner-up; world No. 3. Sloane Stephens was back in pro tennis ÔÇô and she was also better than ever.

This coming Friday night, the 25 year old once again returns to World TeamTennis action for the Philadelphia Freedoms, this time in a special one-night only event for WTT Chicago presented by Magellan Corporation. Stephens will play at XS Tennis Village, the just-opened tennis center run by her coach, Kamau Murray, whose goal is much the same as his Grand Slam-winning charge: Just help kids get into tennis.

“Sloane and I share a passion for the community to try and grow the game with the base of people that have traditionally been left out or couldn‘t afford it,“ Murray told WTT.com. “That‘s why our relationship works ÔÇô we share similar views and passions for growing the game in general.“

Friday‘s match ÔÇô between the Freedoms and the Washington Kastles ÔÇô will benefit Murray‘s XS Tennis & Education Foundation, a part of the Tennis Village, which opened just in the past year and had Stephens as one of the first players to practice in it as she made her return to the court from her aforementioned injury.

“This is our official grand opening to the public,“ explained Murray of Friday. “It‘s the largest indoor and outdoor tennis center in the state of Illinois. The goal is to serve all of Chicago, but we are located on the South Side where people might not have the ability to travel to some of the other facilities in the area. We put the facility in close range of those we are trying to serve.“

Also set to play Friday night is Taylor Townsend, who went through the XS Tennis program as a native Chicagoan herself and also plays for the Freedoms, having previously been coached by Murray.

It‘s the shared passion for growing the game among low-income and minority kids that makes Murray and Stephens such a formidable ÔÇô and inspiring ÔÇô duo. While Stephens says she loves nothing more than hanging out with kids and sharing her love for tennis, she‘s also careful not to over commit herself to a barrage of off-court activities, particularly after her surprise run at the US Open last September.

Stephens says she can‘t remember the first pro tennis she watched live as a young kid, but was a ball girl at a men‘s event that featured top talent. Recalling how in awe she was of the pros, she still has a difficult time making sense that she ÔÇô Sloane Stephens ÔÇô is a major champion and someone kids would get filled with similar excitement to see in person.

“Something this big and this glorious ÔÇô with pros coming in, a Grand Slam champion, a coach with seven WTA titles ÔÇô it really should be an attraction that reaches the entire city while bringing world-class tennis there,“ Murray said.

It‘s the first time in over two decades, Murray noted, that Chicago will host pro tennis. And with tickets just $35 each, Murray feels as though it‘s giving families the opportunity to take in such caliber tennis that they wouldn‘t be able to otherwise, with the US Open too far away and the tour event in Cincinnati a financial stretch.

Murray not only grew up in the area, but his father did, as well. And while the focus is on serving the immediate South Side community, there‘s hope for it to become a greater Chicago staple.

“A center like this should transcend its one-mile radius,“ he said. “We want our view of the tennis community to be global, not local.“

“To be able to play in Chicago in front of all those kids, that‘s a great opportunity for both of us,“ Stephens added about herself and Murray. “When we‘re on the road on tour, we have all of these ideas about how we can help introduce more people to the sport. For us, we bond over that. It‘s special.“

Friday night will certainly be that and much more, particularly for Stephens, whose bond with youngsters is organic, authentic and ÔÇô thanks to that Achilles injury ÔÇô revitalizing.

“My priority is always going to be the kids and the foundation ÔÇô and I think the same goes for Kamau,“ Stephens said. During my injury “I got to spend a lot of time to think about tennis, life and why I love the sport so much. Without (those kids), I don‘t think that now I would be as happy as I am on the court every day.“

And just imagine how happy some local area Chicago kids are going to be in seeing Sloane on court.