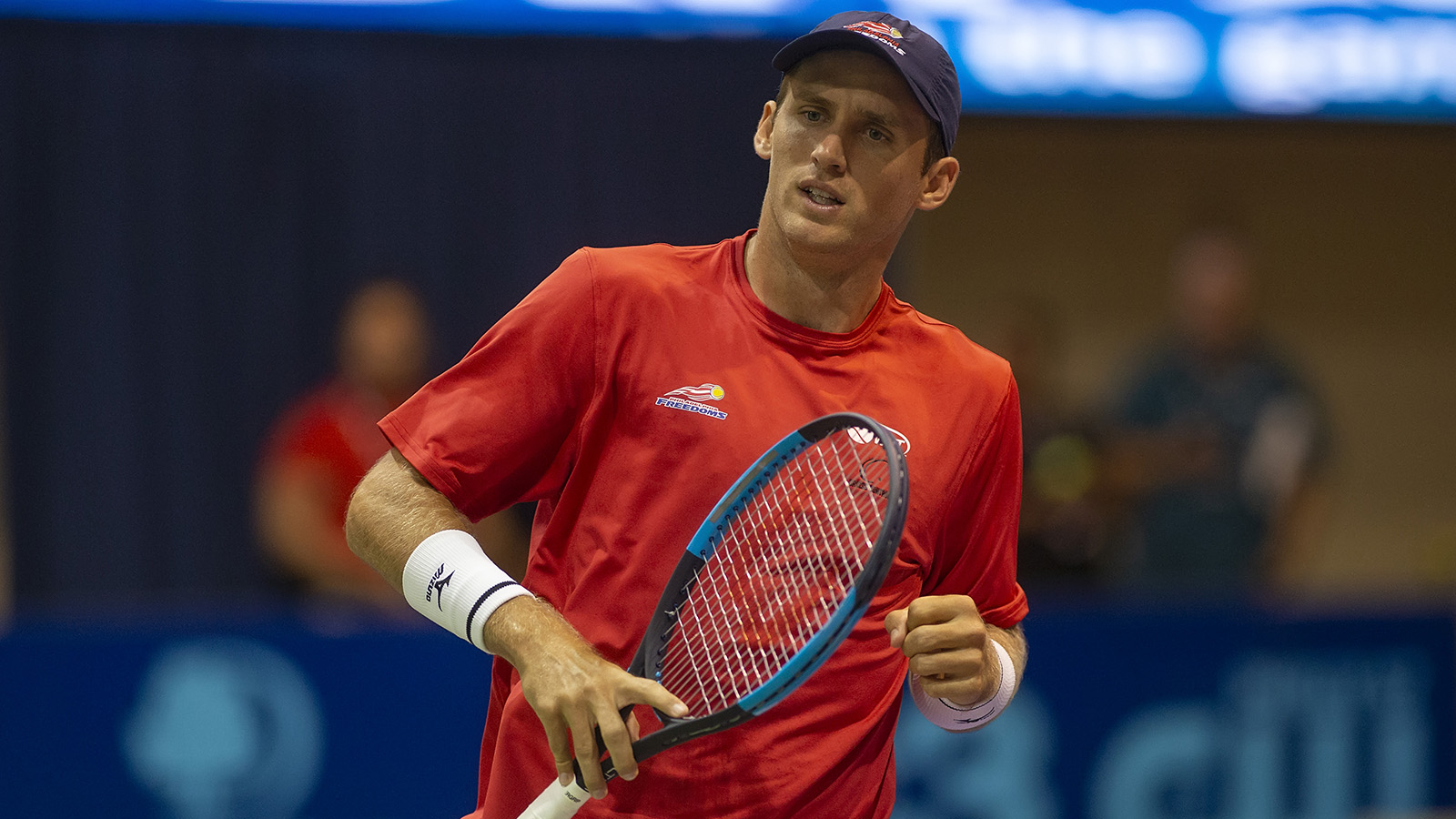 Change in routine can be challenging for athletes. Tennis players are no different. After completing matches last night, the Philadelphia Freedoms and San Diego Aviators did not have much turnaround time to prepare for their noon matinee on Thursday afternoon at Hagan Arena.

The match started as you would expect between two of the top three teams in WTT. The mixed doubles tandem of Fabrice Martin and Gabriela Dabrowski jumped out to an early 3-1 lead for host Philadelphia.

The Aviators tandem of Marcin Matkowski and Anna-Lena Groenefeld refused to go quietly, eventually knotting the match at 4-4 to force a tiebreak in the first set of the match.

In the tiebreak, the visitors jumped out to an early 3-1 lead only to see Philadelphia run off four consecutive points to win the tiebreak and first set 5-4.

From that point on, Philadelphia assumed control of the match by winning 20 of the final 28 games of the afternoon (including all five 3-all points) to post a convincing 25-12 victory and maintain sole possession of first place.

“The routines this team has, the belief in themselves and just everyone playing together as a team,“ said head coach Craig Kardon. “They all support each other and most importantly every individual on this team wants to win as a team.“

Taylor Townsend followed the tightly-contested first set posting a 5-1 win over Naomi Broady to give the hosts a 10-5 lead after two events.

The Freedoms would take a 15-6 lead into halftime thanks to Martin and Kevin King who posted a 5-1 win over Matkowski and Marcus Willis in men‘s doubles.

Although the Freedoms are fortunate to have a deep team they also have a young team featuring three first-year players (Gabriela Dobrowski, Raquel Atawo and Kevin King) with Martin and Taylor Townsend anchoring the squad.

“Taylor and Fabrice have certainly set the bar high,“ said Kardon. “To watch them perform on the court as well as the little things they do, like Taylor taking Raquel aside and helping her with what to do and Fabrice mentoring Kevin, is a big part of what WTT is all about.“

Kardon added, “This team has certainly exceeded my expectations and hopefully we can continue our strong play. Anything is possible. We just need to stay focused.“

TURNING POINT: After seeing a 4-1 lead disappear and first set go into a tiebreak, the Freedoms rallied from a 3-1 deficit in the tiebreak to post a 5-4 win in the first set.

NEXT ON: The Freedoms are in Chicago on Friday for a home match on the road in the Windy City. Philadelphia takes on the Washington Kastles in a battle of the top two teams in the league. A portion of the proceeds from WTT Chicago presented by Magellan Corporation will benefit the XS Tennis and Education Foundation, which serves underserved Chicago youth with a pathway to college through sports and academics. Fans can watch the action on WTT.tv at 7:00pm Central.