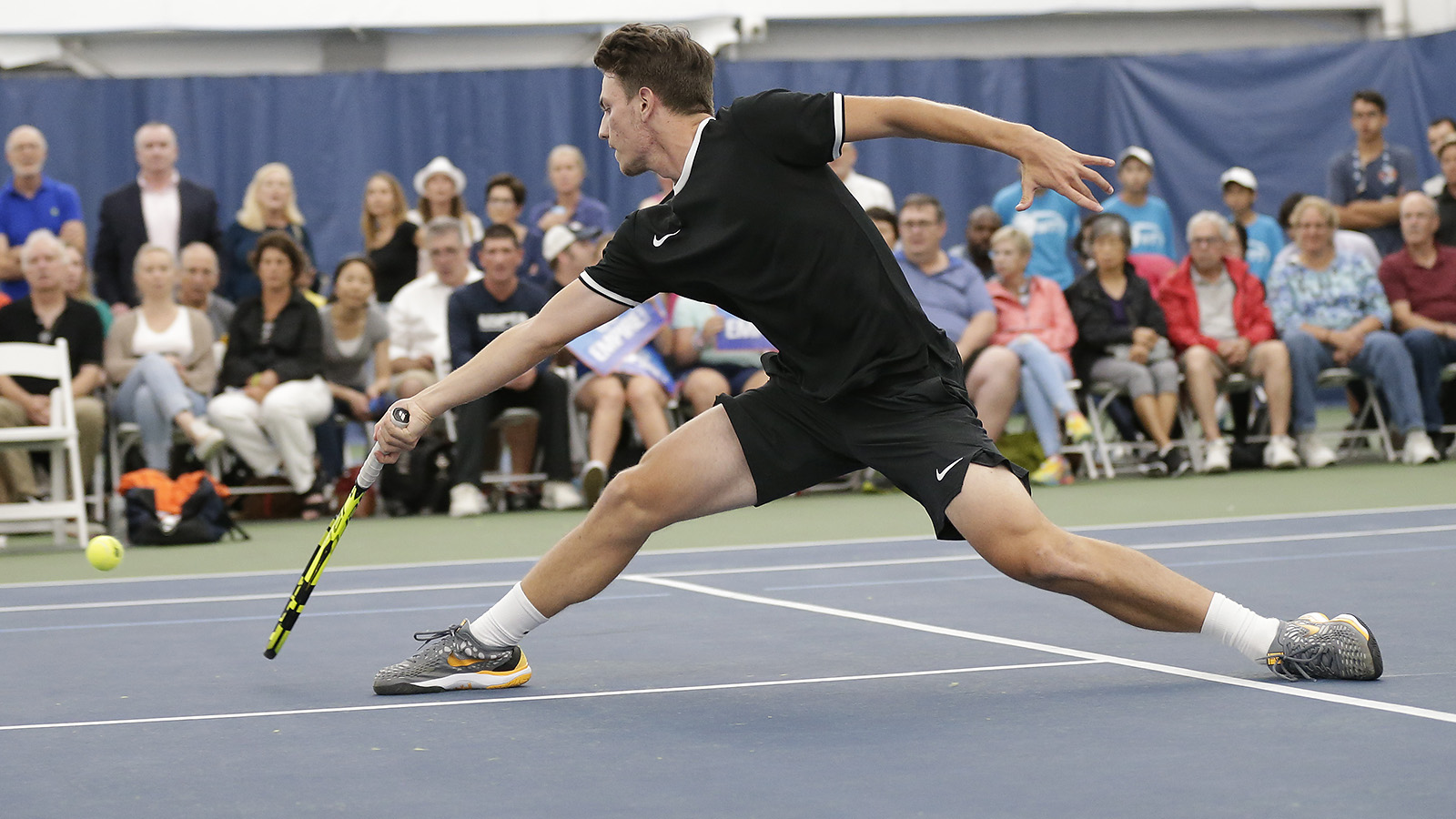 Their first meeting needed a Supertiebreaker, and the second needed Extended Play ÔÇö but unfortunately for the New York Empire, neither result went its way.

Despite a mammoth effort from Maria Jose Martinez Sanchez and Neal Skupski, who saved four match points in the final set in mixed doubles before winning a tiebreak to force extra games, the early lead the Springfield Lasers built proved too much to overcome at the USTA Billie Jean King National Tennis Center on Wednesday night.

Rainy conditions in the New York area forced the match indoors in Flushing Meadows for the first time this season, but for the second time in the two meetings between these teams.

The visiting Lasers won the first four sets of the match before Daniel Nestor and Abigail Spears held serve in the first and final game of Extended Play to cap a 25-17 win.

After 18-year-old WTT rookie Miomir Kecmanovic got the better of the Empire‘s Mardy Fish in an emphatic 5-2 opening set, the Empire looked well on its way to turning the match around after two sets as Martinez Sanchez and Tatjana Maria built a 4-1 lead in the women‘s doubles.

However, they would not win another game from that point, as Abigail Spears and Vania King rallied to claim a tiebreak victory, winning all five points played in it.

“We knew that things could change around ÔÇö we kind of felt a little slow at first, and basically our number one goal was to stay positive because were just a little off,“ Spears said after the match. “And it did. The momentum shifted, and then all of a sudden, we were right back in it.“

The Lasers next took men‘s doubles in a tiebreak as well, and King later added a 5-2 win in singles over Maria to cap a successful night for the 2009 WTT Female MVP.

“I was hurt for a year, and I‘m kind of starting my singles again. WTT has been a great platform for me to get my singles career back on track and to get a lot of matches,“ she said.

“I was really excited today to get a win, because it‘s been tough coming out here and playing girls that are Top 100 and playing great tennis, with me being a bit rusty. I feel like with every match I play, I‘m able to impose my game and find my game and improve ÔÇö and that‘s the most important.“

The Empire, who slipped to 0-8 on the season, were nonetheless able to avoid what would‘ve been its first defeat with the loss of all five sets by salvaging the mixed.

However, the pair of Martinez Sanchez and Skupski were unable to make much inroads on Nestor‘s serve to begin Extended Play, as the Canadian eventually helped his team wrap up victory on its sixth match point.

“It‘s always hard to close out a match, for sure, and in [the women‘s doubles], Maria and Martinez Sanchez felt the same thing,“ Spears added.

“It was good for us to also stay positive, because we had some chances to close it, but Daniel just stayed really positive [on serve] and we came back.”

TURNING POINT: With the Empire even at 6-6 as Maria and Martinez Sanchez built their lead, they would never again have parity in the match. The four straight games won by Spears and King gave the visiting team a 10-6 lead after two sets, and the Empire never drew closer from that point on.

UP NEXT: The Empire will hope for sunnier skies and a sunnier result on Thursday, when they welcome the Orange County Breakers to the USTA Billie Jean King National Tennis Center for a 7 p.m. match. Fish will be back for the Empire, and fans can follow at www.wtt.com/scores or www.nyempiretennis.com and watch live at www.WTT.tv.