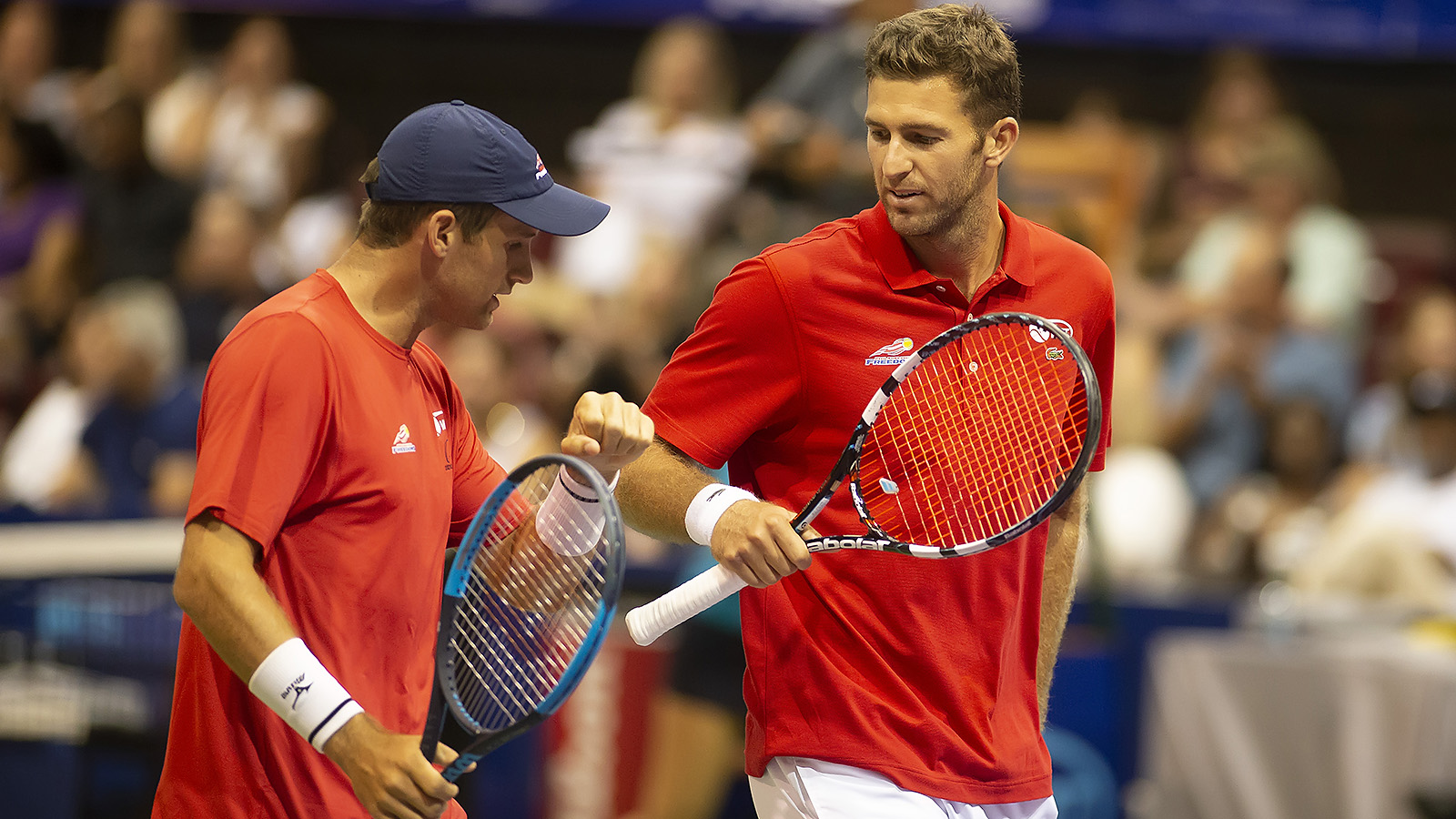 Prior to the start of the 2018 season, Philadelphia Freedoms’ coach Craig Kardon hoped WTT veterans Fabrice Martin and Taylor Townsend would pave the way for the younger players rounding out this year‘s roster.

On an evening the Freedoms celebrated Christmas in July at Hagan Arena, it was Martin and Townsend showing the way for the first-year players by giving the fans an early present with a convincing 23-12 win over the Springfield Lasers on Tueday. The win keeps Philadelphia (6-1) in first place by one match over Washington (5-2) and San Diego (5-2) at the halfway point of the season.

“We have been having fun, laughing and staying relaxed,“ said Martin. “Nobody feels any pressure and we are playing free.“

“This year has been great,“ said first-year WTT player Kevin King. “Fabrice and Taylor are the anchors of this team and have showed us the ropes. They have provided a great environment and it‘s a fun team.“

The evening began on a high note for Philadelphia with Martin and another first year WTT player Gabriela Dabrowski, who was making her league debut, handing Springfield‘s Daniel Nestor and Abigail Spears a 5-2 defeat in a set where Philadelphia won a pair of crucial 3-all points.

The visiting Lasers were able to scrap their way back into the match thanks in large part to Spears and Vania King, as the pair of Grand Slam champions toughed out a 5-3 win in women‘s doubles over Townsend and Raquel Atawo. That sliced Philadelphia‘s lead to 8-7 following the second event.

Locked in another tight match, the Freedoms were once again able to put some distance between them and their opponent with Martin and King delivering a convincing performance in their 5-0 win over Nestor and Miomir Kecmanovic to open up a 13-7 lead going into halftime.

After the break, Philadelphia went into cruise control by winning the final two events of the evening with Townsend defeating King in women‘s singles 5-3 and King knocking off Kecmanovic in men‘s singles 5-2 to close out the night.

TURNING POINT: With Philadelphia holding a slim 8-7 lead heading into men‘s doubles, King and Martin produced a 5-0 win in men‘s doubles to push the lead to 13-7 allowing the hosts the breathing space they needed to help bring home the 23-12 win.

NEXT ON: The Freedoms get right back to action tomorrow evening for the second of three consecutive home matches as they host the Orange County Breakers at 7 p.m. Follow results on www.WTT.com/scores or www.philadelphiafreedoms.com. The match can also be viewed live at www.WTT.tv.