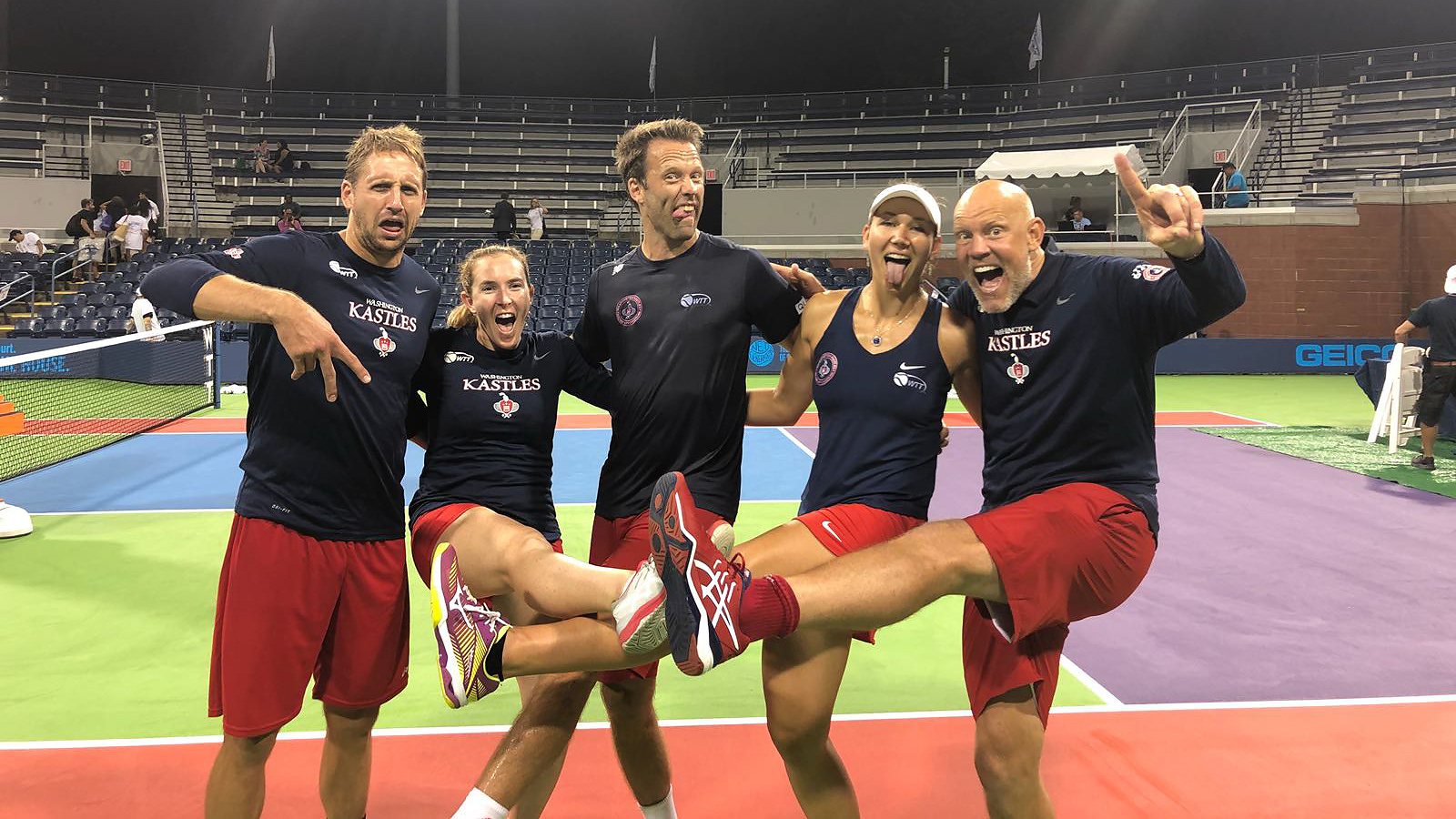 A perfect second set for Madison Brengle provided the springboard the Washington Kastles needed on the road on Monday night, as the six-time World TeamTennis champions completed a 4-0 season sweep against the New York Empire, 24-14, at the USTA Billie Jean King National Tennis Center.

Brengle took the court with her team down 5-4 following a victory for the Empire‘s Mardy Fish in his season debut, but downed Tatjana Maria without the loss of a game to give the visitors a lead they would never relinquish.

The Kastles later swept doubles play as well, as Wimbledon champion Nicole Melichar and Robert Lindstedt provided the keynote after a pair of tiebreaks with an emphatic 5-1 win in mixed doubles over Maria Jose Martinez Sanchez and Neal Skupski.

“The first time I played her here on this court, she beat me, 5-3. I talked to my team and I felt like I had a good game plan going in,“ Brengle said after the match.

“I tried to hustle down every ball. It bounces a lot higher here than our court at home, so I had to adjust. Once I got the feeling, I felt really solid and I feel like I followed my game plan.“

Though Brengle is 4-3 in women‘s singles for the Kastles so far this season, she ranks third in the league in game-winning percentage (.543). In addition, she is tied with Taylor Townsend of the Philadelphia Freedoms for the most games won in the discipline overall (25).

“I like being on a team. It‘s different for us and it‘s fun,“ Brengle said. “You get to receive everybody‘s input. I like the excitement, that the fans can get loud ÔÇö it‘s cool.“

New York started the night on the right foot with a thriller for the home fans, as Fish saved a set point and rallied from 4-2 down to win men‘s singles in a tiebreaker over the Kastles‘ Tennys Sandgren.

“I love this. I love the format. I have a blast doing it and I try to do it every year. Obviously not the result we wanted, but it was nice to get back on the court competitively again,“ Fish said.

“I wanted to jump out there right away and try to get us off to a good start.“

The American veteran is set to take the court twice more for the Empire this week, in its home matches on Wednesday and Thursday evening on Court 17, hoping to help the 0-7 Empire break its winless spell. Fish will also join the team on the road against Orange County on July 29.

“I‘ll only get better so I‘ll keep going, and we‘ll see. It‘s just been a tough year [for the team]. Even tonight, there were so many 3-3 points. If we win thoseÔÇª.it‘s a whole different ballgame. I just want to help the team, and I want to try and bring as many fans and kids out here to have fun.“

TURNING POINT: Brengle won all five games in women‘s singles to avenge a season-opening loss to Maria on Court 17 from July 15. The Kastles‘ player won both of the 3-3 points played in the set, and is 15-3 in games won against the Empire in singles in three matches against New York since losing the aforementioned opener.

UP NEXT: The Empire take Tuesday off before returning to Court 17 to host the Springfield Lasers on Wednesday at 7 p.m. The two teams played all the way through to a Supertiebreaker on July 19, as the Lasers took a 23-22 decision in Springfield. Fish will be back for the Empire, and fans can follow at www.wtt.com/scores or www.nyempiretennis.com and watch live at www.WTT.tv.