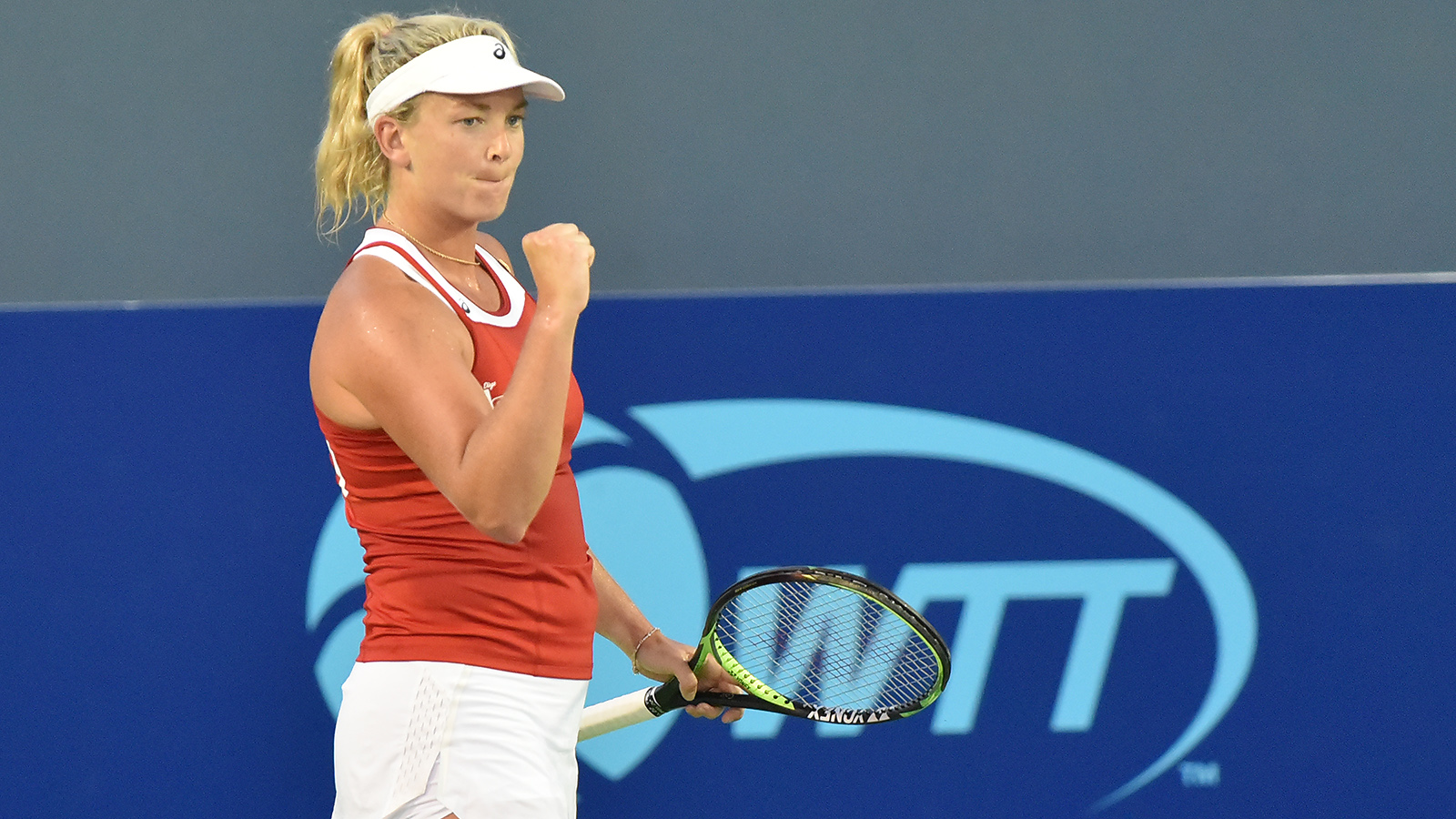 The San Diego Aviators defeated the Orange County Breakers for the second time in two days in World TeamTennis action, but it was far from easy. The Aviators, who improved to 5-2, withstood a furious comeback before edging the Breakers 21-20 in a Supertiebreaker.

On a warm night at the Omni La Costa Resort & Spa, the Aviators jumped to an early 10-5 lead after winning the mixed doubles and women‘s doubles sets to open the match.

However, Orange County began its rally in men‘s doubles as Marcelo Demoliner and Evan King of the Breakers got past Marcin Matkowski and Marcus Willis 5-3 to cut the Aviators lead to 13-10.

In women‘s singles, Rancho Santa Fe resident CoCo Vandeweghe stepped onto Stadium Court for the Aviators to take on Yanina Wickmayer of the Breakers. In an entertaining 24-minute set, Wickmayer overcame Vandeweghe 5-4 as the Aviators led 17-15 going into the final set.

King then took 22 minutes to defeat Willis 5-3 in men‘s singles, after initially trailing 3-0, and sent the match to a Supertiebreaker. Willis and King thrilled the crowd as the score reached 5-5. The Aviators finally sealed the victory when Willis captured the final two points.

“He (King) played very well in the set,‘‘ Willis said. “I had some break points but didn‘t take them. All of a sudden, you‘re in a shoot-out. I held my nerves and we got the win. I would have felt bad if we didn‘t get the win. Luckily, I came through.“

The Aviators have now won four matches in a row and are tied for second place in the WTT standings with the Washington Kastles.

TURNING POINT: The most important point of the match was the last point. With the overall score tied at 20-20, Marcus Willis of the Aviators had a 6-5 lead in the Supertiebreaker when Evan King of the Breakers produced a double fault to end the match.

NEXT ON: The Aviators will face the Washington Kastles at 7 p.m. (EDT) on Wednesday at Kastles Stadium at the Smith Center in Washington, D.C. Former No. 1 in the world Venus Williams is scheduled to play for the Kastles. In their previous meeting this season, San Diego defeated the Kastles 25-13 last Thursday in Washington, D.C.

Follow results on www.WTT.com/scores or www.sandiegoaviators.com. Watch live streaming of all WTT matches on www.WTT.tv presented by GEICO.