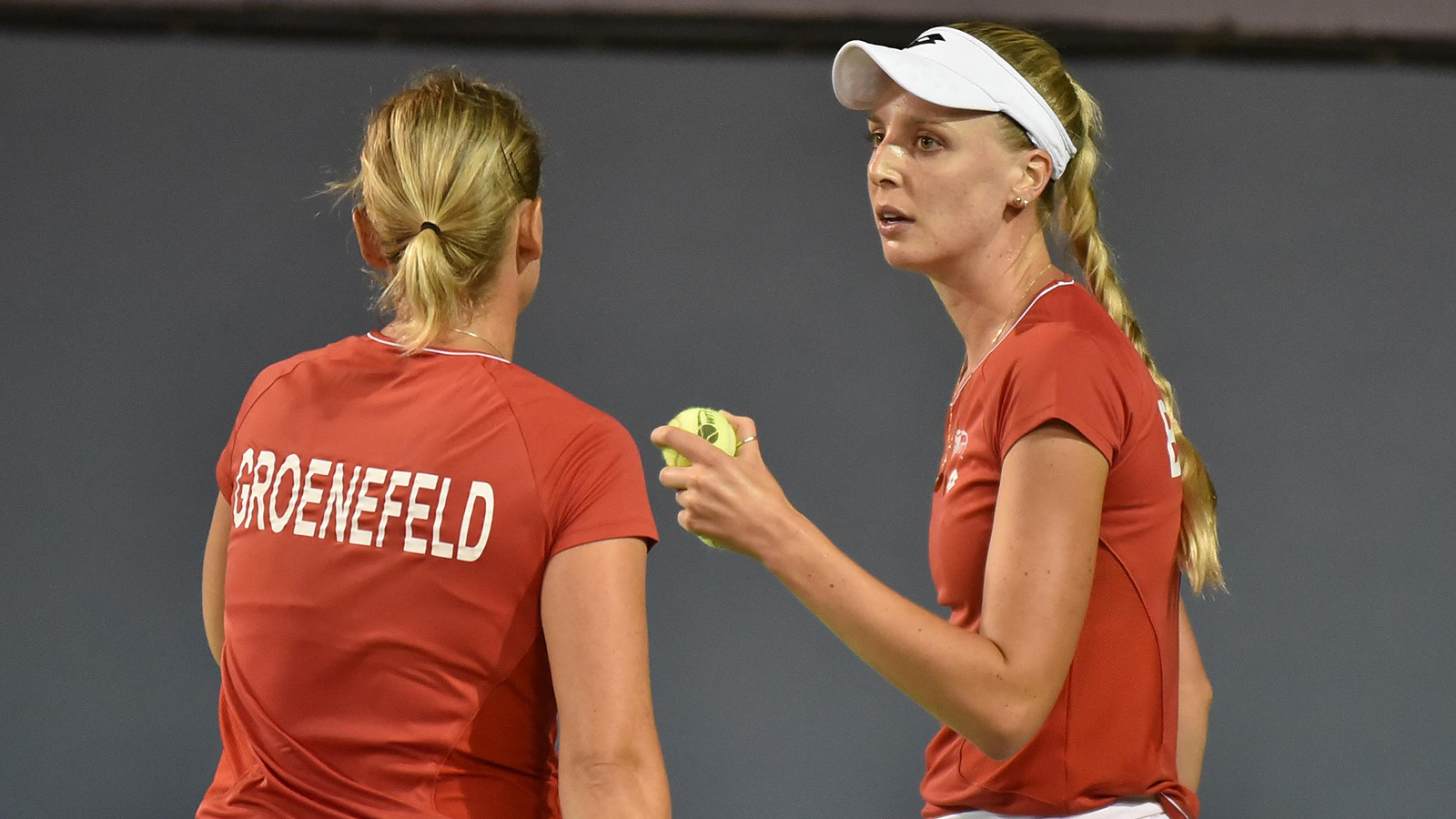 In a rematch of the 2017 WTT Finals, the San Diego Aviators exacted their revenge by taking down the Orange County Breakers 19-17 in a comeback victory on the road Saturday evening. The defending champions returned home following a three-match road trip in which they won their last two matches respectively against the first-place Philadelphia Freedoms and the Springfield Lasers, but the OC squad was unable to make it three in a row.

To start off the showdown, reigning WTT Female MVP Andreja Klepa─ì and Marcelo Demoliner saw their momentum halted and their two-set winning streak snapped while the duo of Anna-Lena Groenefeld and Marcin Matkowski won their third straight set together by a score of 5-3.

The Breakers then took the lead for the first time with 2017 WTT Female Rookie of the Year Yanina Wickmayer winning 10 of her 11 first serve points to put a dominant 5-1 showing on the board against Brit Naomi Broady.

Recently retired pro Scott Lipsky made his season debut in the third set of the evening, as Sam Querrey was injured during warmups and was forced to sit out his third and final match of the WTT season. The 2011 Roland Garros mixed doubles champion Lipsky was joined by 2018 Australian Open mixed doubles semifinalist Demoliner, however the duo fell 5-3 to the former UCLA Bruin Matkowski and the crafty lefty Marcus Willis.

Last year‘s dominant Breakers duo of Klepa─ì and Wickmayer broke a two-match losing streak and put the Breakers back in front with a two-game advantage, with the Belgian-Slovenian duo taking down Broady and Groenefeld 5-3 heading into the final set.

Coming off a two-match winning streak with wins against countryman Neal Skupski and rising American Frances Tiafoe, Willis continued his great play with a 5-1 win against the Brazilian doubles specialist Demoliner, who was forced to play his first singles match at the pro level since January of 2017. The victory ensured the Aviators of their third consecutive victory, improving to 4-2 on the season, while Orange County fell to 3-3.

Willis was upbeat about the team‘s recent performance. “I think we‘ve got a very good team spirit. We‘ve worked hard the last few days, we had a really tough loss against Springfield, a tight one, which was tough to take but since then we‘ve got three wins in a row. We‘re feeling really good.“

“We had to bring our assistant coach Scott Lipsky in and then we had to have Marcelo play singles,“ Breakers coach Rick Leach said. “I‘m just happy with the way we fought, we gave ourselves a chance to win which was all I wanted. It was a close match, good for the spectators.“

TURNING POINT: The unfortunate injury before the match to Sam Querrey put the Breakers in a tough position as they did not have an available singles player to fill in for the crucial fifth set. In good news for Breakers fans though, former University of Michigan standout Evan King will rejoin the team for tomorrow night‘s battle in San Diego.

NEXT ON: Both teams head south next for a 7:00 pm Pacific time rematch on Monday night in San Diego. Follow results on www.WTT.com/scores or www.breakerstennis.com. The match can also be viewed live at www.WTT.tv.