Kastles Lean On Brengle, Tiafoe In Victory Over Empire 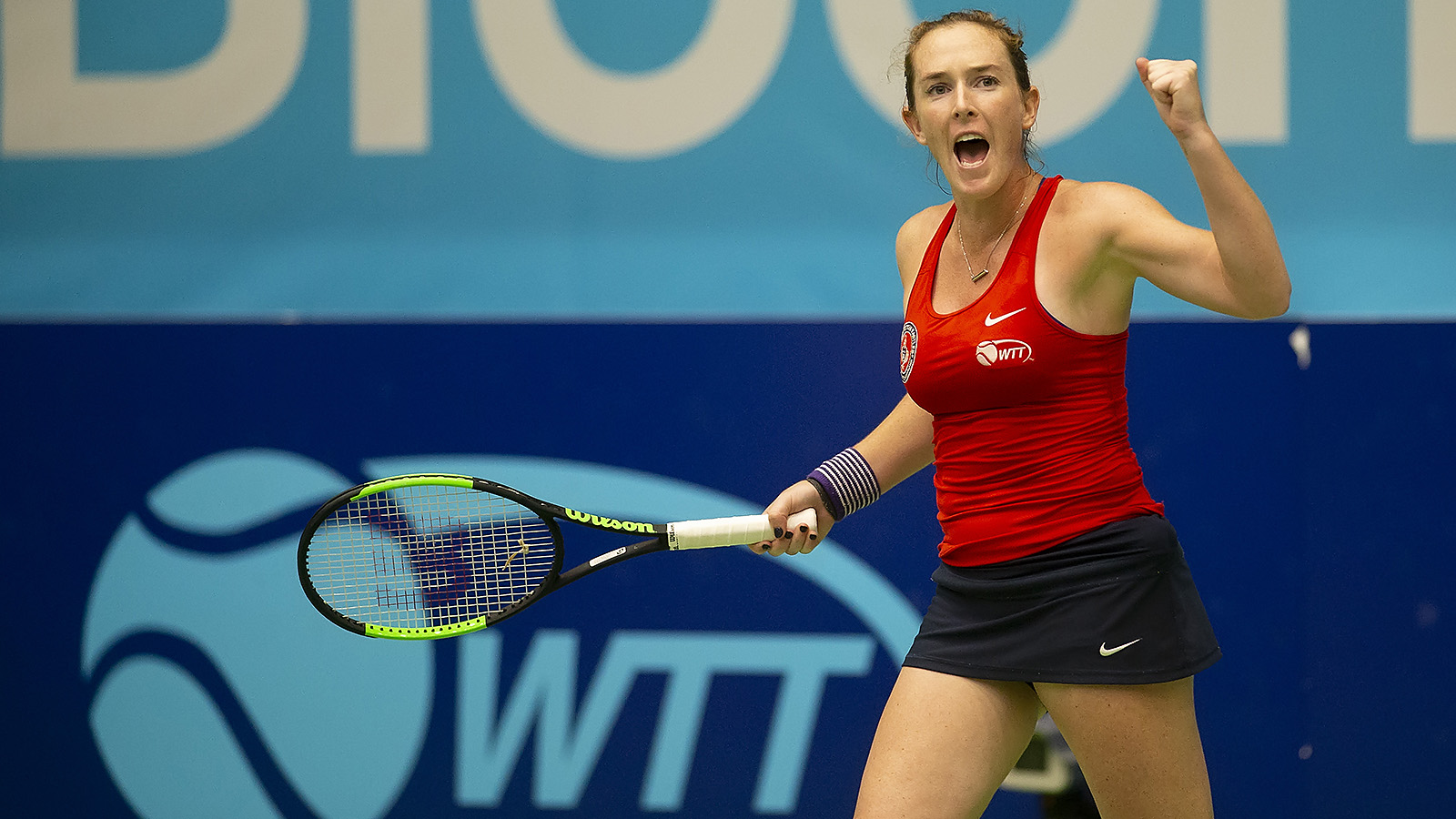 The Washington Kastles appeared on the way to dropping their third straight match of the season Saturday evening until Madison Brengle and Frances Tiafoe turned the tide.

The pair won nearly every point on their first serve to dominate the final two singles matches, allowing the Kastles to rally from five games down and top New York Empire for the third time this season. The Kastles moved to 4-2 on the year while the Empire remained winless at 0-6.

“Tonight was an important win,“ Kastles head coach Murphy Jensen. “It‘s so key to know that you can come back. Our guys have the talent, but getting them to understand where to focus has really been a process. You have to play like your life depends on it every day.“

It was a challenging start for the Kastles in mixed doubles, as the Empire duo of Neal Skupski and Maria Jose Martinez Sanchez topped Robert Lindstedt and Nicole Melichar, 5-2. The Empire won nine of 10 points off their first serve in the set.

Women‘s doubles featured Melichar, a 2018 Wimbledon mixed doubles champion, with Madison Brengle against Martinez Sanchez and Tatjana Maria of Germany. The set was also full of frustration for the Kastles, as they twice saved three break points, only to drop the game. They showed persistence in bringing the set back on serve, but the Empire broke to secure the set, 5-3, and take a 10-5 lead in the match. The Empire won three of the four 3-3 points in women‘s doubles.

The Kastles‘ fortunes improved in men‘s doubles, as Lindstedt and local favorite Tiafoe grabbed a winner-take-all point to hold serve and win the first game against Skupski and Dennis Novikov. Things remained on serve until the teams squared off in a 9-point tiebreaker. The Kastles rallied from 3-1 down and took a 4-3 lead on a blistering forehand from Lindstedt, and won the set when a Skupski volley fell into the net. The Kastles won 15 of 18 points on their first serve during the set.

With the Kastles trailing 14-10 overall, Brengle brought her team back into the match, taking charge against Maria in a set featuring some of the best rallies and shot making of the night. Following some aggressive hitting from the baseline, she broke serve on a 3-3 point when an overhead from Maria went long. Maria won the next four points to bring the set back on serve, but Brengle outhitÔÇöand outscrambledÔÇöMaria over remainder of the set to close the overall score to 16-15 in favor of the Empire.

“I just tried to play as freely and aggressively as possible,“ Brengle said. “She gets so many balls back and I really wanted to be aggressive and come in when I could. To get a ÔÇÿW‘ tonight was so huge. It was so much fun.“

The fate of the Kastles was then left to Tiafoe, the College Park, Md. native playing in his final match of the season. Facing off against Novikov, “Big Foe“ knotted the match at 16-16 and then broke to put the Kastles up 18-17. Three games later, he converted a backhand volley winner to give the Kastles a 20-18 win.

It was Tiafoe‘s best set of the season, as he won all 11 points off his first serve.

“It was my last night, and I didn‘t want to go out with a bad taste in my mouth,“ he said. “I was happy to get a win for us. Once Maddy did her thing, I knew it was a wrap.“

TURNING POINT: Frances Tiafoe scored a break of serve off Dennis Novikov to give the Kastles an 18-17 match lead. He would go on to win his men‘s singles set as the Kastles prevailed 20-18.

NEXT ON: The Kastles will face the Empire on the road in New York on Monday at 7:00pm Eastern. Follow results on www.WTT.com and www.washingtonkastles.com. All matches are streamed live or on demand at www.WTT.tv.