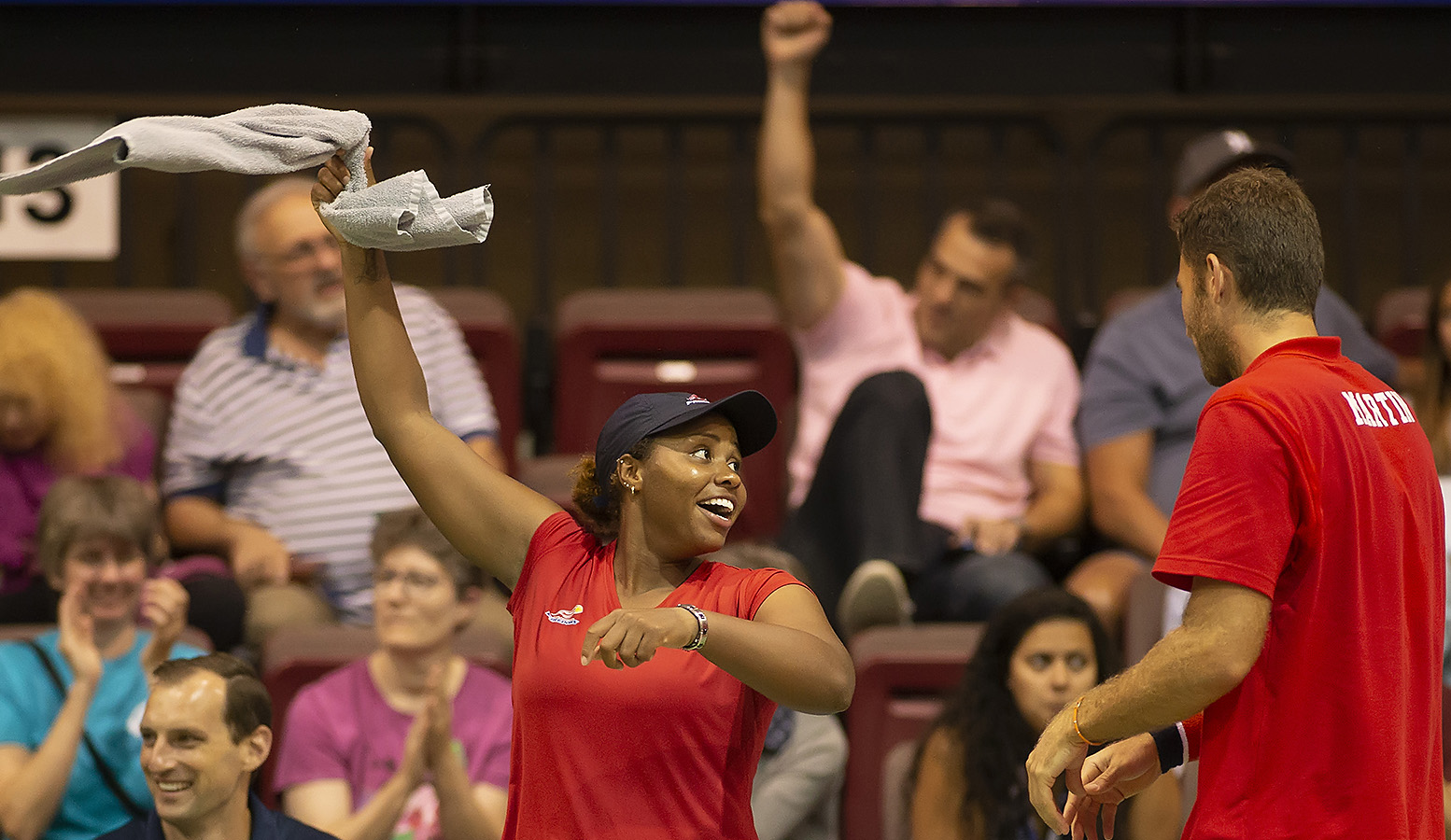 Shortly after the Philadelphia Freedoms rallied from an early deficit to post a convincing 21-14 win at Hagan Arena over the Washington Kastles Friday, Philadelphia‘s Fabrice Martin praised the play of teammate Taylor Townsend.

“Taylor played very well tonight,“ said Martin referring to his teammates performance in women‘s singles, women‘s doubles and mixed doubles. “We got a bit unlucky in the first set of men‘s doubles, but she took the court and showed us the way. She is playing very well.“

“It was definitely a team win tonight,“ said Townsend. “We came together and all did our part. Being down after the first set I just went out and played free. I knew if I could get on the board it would be a competitive match.“

The match did not start as the Freedoms would have hoped as Washington‘s Robert Lindstedt and Matthew Ebden posted a 5-1-win thanks in large part to winning all three of the 3-all points.

It appeared as if it was going to Washington‘s night as Madison Brengle opened the second set holding serve on the fourth 3-all point of the match to give Washington a 1-0 lead in the women‘s singles match and a 6-1 lead overall.

From that point on, Philadelphia would seize control of the match, winning 20 of the final 28 games played throughout the evening and capitalizing on seven of the final eight 3-all points after dropping the first four.

After Townsend dropped the first game in women‘s singles she would go on to win the next five games to close out the set, including an important rally in the fourth game of the set that would lead to her holding serve and slice Philadelphia‘s deficit to 6-4 at the time.

With the overall score tied at 6-6, Philadelphia‘s Fabrice Martin would hold serve in the first game of mixed doubles to give the Freedoms their first lead of the evening. From that point, the Freedoms would not relinquish the lead the rest of the evening although Washington did level the score four times throughout that set.

The Freedoms would go on to post 5-2 wins in both women‘s doubles with Townsend and Raquel Atawo defeating Brengle and Nicole Melichar, and in men‘s singles as Kevin King closed the evening with a victory over Ebden. As a result, Philadelphia took over sole possession of first place.

“The win is great,“ said Townsend. “It‘s a positive start but it‘s only the first week. There is still a lot of tennis to be played but if we keep things in perspective, keep our heads down and stay focus we should be okay.“

NEXT ON: Philadelphia hopes to continue its quick start when they travel to Springfield to take on the Lasers Sunday night at 6 pm CDT. Freedoms fans can follow the action on www.WTT.com and www.PhiladelphiaFreedoms.com. Matches will stream live at www.WTT.tv.