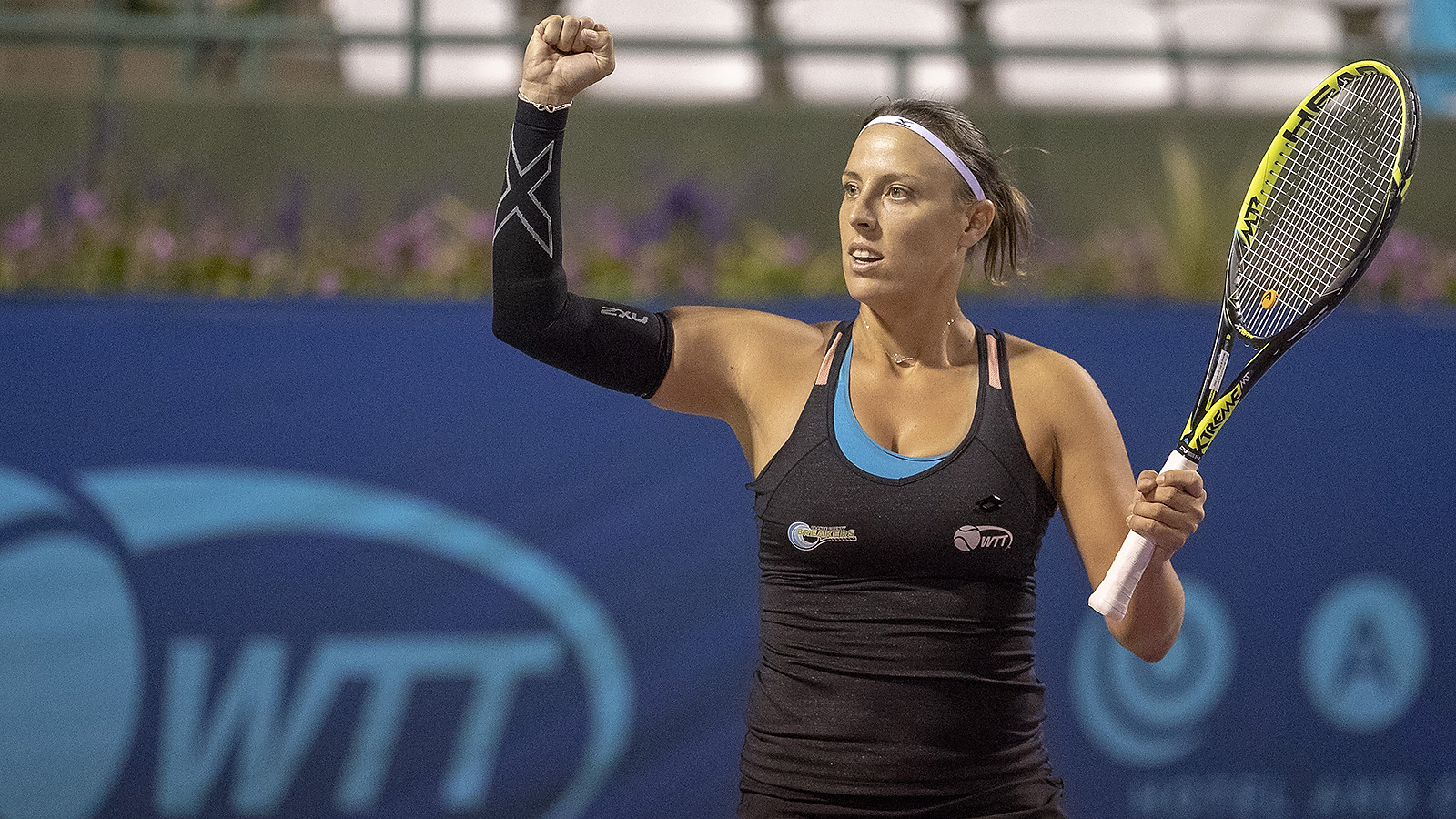 The night didn’t end the way Jack Sock wanted. Still, the Springfield Lasers’ featured player had a smile on his face after a 20-19 loss to the Orange County Breakers at Mediacom Stadium Friday.

“I had a blast, honestly,” Sock said. “It’s just amazing to play in front of people I played in front of when I was 14 or 15 years old. It’s always an amazing atmosphere here and a little bit emotional. I basically started my career here in the Missouri Valley area. To come back and play as a pro, with some of the things I’ve done on tour, it’s extra special.”

Springfield and Orange County were level at 15-15 going into mixed doubles, the final set of the night. Sock and partner Abigail Spears traded games with Marcelo Demoliner and Andreja Klepac to set up a decisive, nine-point tiebreaker.

Sock served the first point, but double faulted on the second. The Breakers capitalized on that to win the tiebreaker, the set and the match.

“I lost against (Sock) in the second round of mixed doubles at Wimbledon,” Demoliner said. “So we know each other a little bit and I know how to play against him.”

The win capped a great night for Demoliner, a World TeamTennis rookie. He and partner Christian Harrison, subbing on the night, opened the match with a 5-3 win in men’s doubles. A late break of Daniel Nestor’s serve set up that victory.

“We had great energy tonight,” Demoliner said. “I played well yesterday as well, so I’m getting used to the format of World TeamTennis. It’s very different, but it’s very fun. I like it.”

Orange County trailed 13-10 at halftime, but captured the final two sets to steal the road win. That included a resounding 5-2 win by Yanina Wickmayer in women’s singles. Spears started that set, but Lasers coach JL de Jager subbed in Vania King when Spears fell behind 4-2.

Spears has been busy so far this season. King still healing from a fall two nights ago, so Spears has played in three sets on three consecutive nights.

“Abi played well. She won two games in singles to set up a shootout in the mixed doubles and that’s what I was hoping for,” de Jager said.

“These guys played well. We were just a little unlucky. It’s bad losing like this, but if every match is like this we’re going to get so many fans to come watch because it’s great. It’s competitive to the very end. It proves that every game counts. You’ve got to use your opportunities. Tonight (Orange County) used their opportunities better than we did.”

Springfield won two sets on the night, starting with women’s doubles. King and Spears earned that win in a tiebreaker.

Sock followed them with a dominating display in men’s singles. He captured the first three games from Harrison en route to a 5-1 victory.

“I played well in the singles. I helped out as best I could there,” Sock said. “It was unfortunate I didn’t play well in the men’s doubles or the mixed doubles. I should take a lot of blame for the loss, especially at the end, double faulting in the breaker.”

There was no finger pointing, though. The Lasers were glad to have Sock suit up for the second year in a row in Springfield.

“(Jack) is great for the team. He’s involved, he gets and supports everyone, and that’s what you need,” de Jager said. “That’s what I want from our team. Have energy on the bench. We’re pretty good at that and he fits right in. It’s great for Springfield to see someone of his caliber. We’re happy to have him here.”

TURNING POINT: Wickmayer picked up a big break in women’s doubles to get the Breakers rolling. She reeled off four straight points to get that break and take a 4-2 lead, then held serve to seal the win. That tied the team score at 15 and set up a winner-take-all final set.

NEXT ON: After three matches in three days, the Lasers get a much deserved night off. They wrap up their first homestand of the season with a visit from the league-leading Philadelphia Freedoms (4-1) at 6 p.m. Sunday, July 22. Follow results on www.WTT.com/scores or www.springfieldlasers.com. The match can also be viewed live at www.WTT.tv.