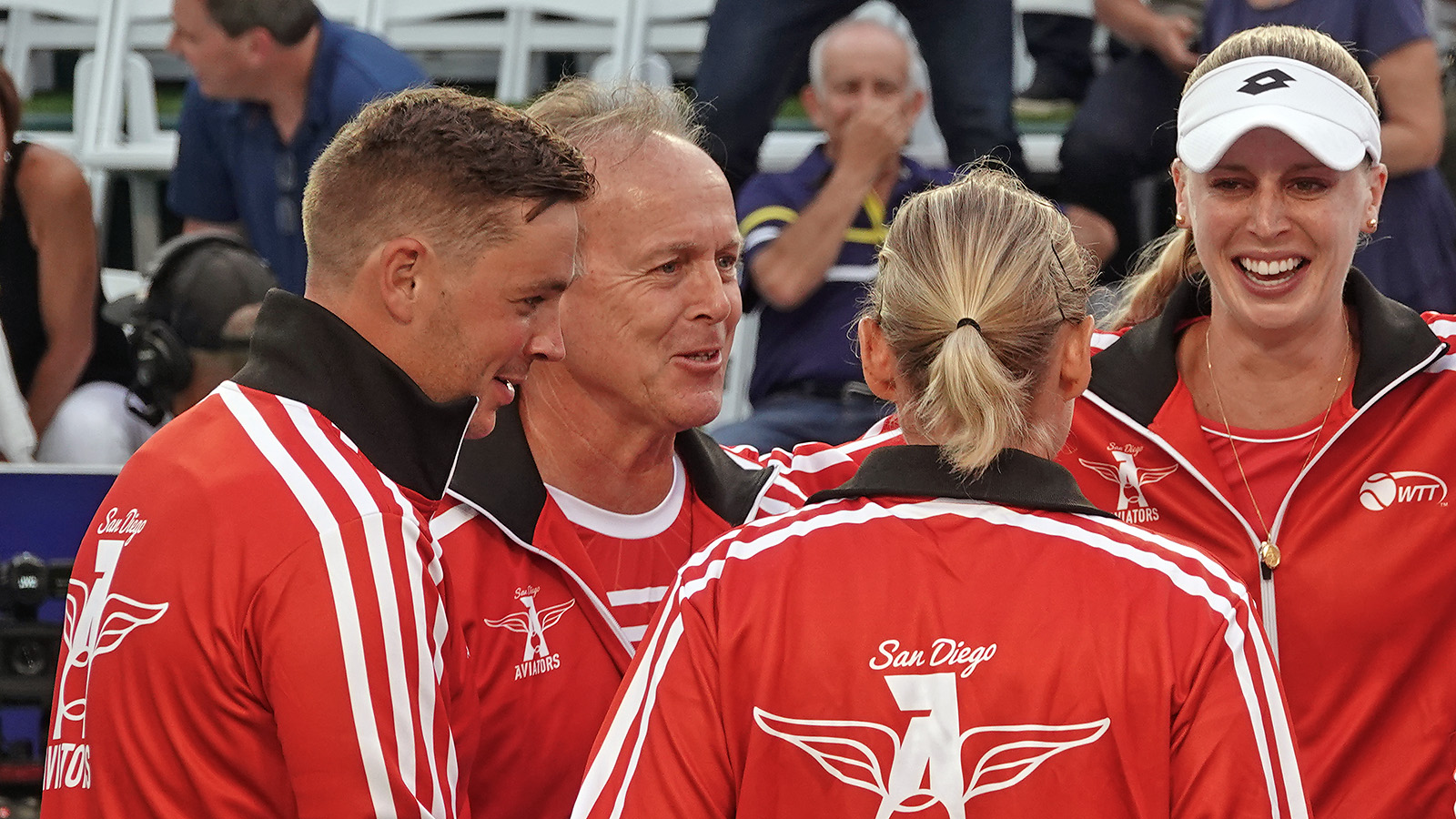 With a familiar face on the other side of the net, the New York Empire‘s bid for its first win of the season again fell heartbreakingly short on Court 17 at the USTA Billie Jean King National Tennis Center on Friday night, as the visiting San Diego Aviators won the last three sets and the match overall, 23-18.

An old friend of the Empire kicked off the night for the Aviators in style, as Marcus Willis defeated the combination of Dennis Novikov and Neal Skupski to give San Diego an early advantage.

The left-hander played his first two seasons of World TeamTennis for the Empire, and featured heavily on the squad which both christened Court 17 and finished third a year ago in the league standings.

“I have a lot of love for this place and for this team, so it‘s tough, but you‘ve got to go on with it and go on professionally for your team,“ Willis said about his return to New York.

“I love this team as well, and I‘m really happy with the way I played. I think we won a few more important points, and the team was brilliant again tonight.“

The lynchpin of the night for the Aviators proved to be their team play ÔÇö on the doubles court, that is. The visitors swept all three disciplines, and Anna-Lena Groenefeld did much of the heavy lifting for the visitors in the match.

The German partnered Naomi Broady and Marcin Matkowski to wins in women‘s and mixed doubles in the fourth and fifth sets. In the final set, she and Matkowski came from a break down, and late held off a furious rally from Skupski and Maria Jose Martinez Sanchez to win a deciding point in the final tiebreak.

“I think overall, we played a great match tonight,“ she said. “Every match in World TeamTennis can go either way, so from point one, you have to be ready to go. I think all of usÔÇªwere really happy with the win in the end.“

While New York drops to a hard-luck 0-5 this year, the Empire could have very well seen its record be reversed if a few small moments had gone its way over the first week of the season.

All five of the Empire‘s matches have been decided by five games or less, results which have so far included a pair of defeats in Supertiebreakers.

Against the Aviators, the trend continued: the two teams were deadlocked at 8-8 on Friday night after the teams split singles sets, as Tatjana Maria defeated Broady, 5-3, in the second set.

“I think anyone can beat anyone here. New York has been unlucky so far, even tonight ÔÇö we won a lot of deuce points, so they‘re not done yet,“ Willis assessed of his foes. “In mixed at the end, we won two 3-3 points. Had we lost them, and with Neal servingÔÇªwe could‘ve lost the match.

TURNING POINT: A tight men‘s doubles set ÔÇö the third of five events in the order of play for the match ÔÇö could‘ve gone either way. Willis and Matkowski were clutch when it mattered the most, as the Aviator duo went a perfect 3-for-3 on 3-all deciding points in the set. Overall, San Diego won eight of the 14 3-all points in the contest.

UP NEXT: The Empire will hit the road back to Washington, DC on Saturday as they face the Kastles for the third time this season. It is the lone match slated to be played in league action on Saturday, as hometown favorite Frances Tiafoe will again feature for the Kastles at the Smith Center. Empire fans can follow the action at www.wtt.com/scores, and watch the match live on www.WTT.tv.