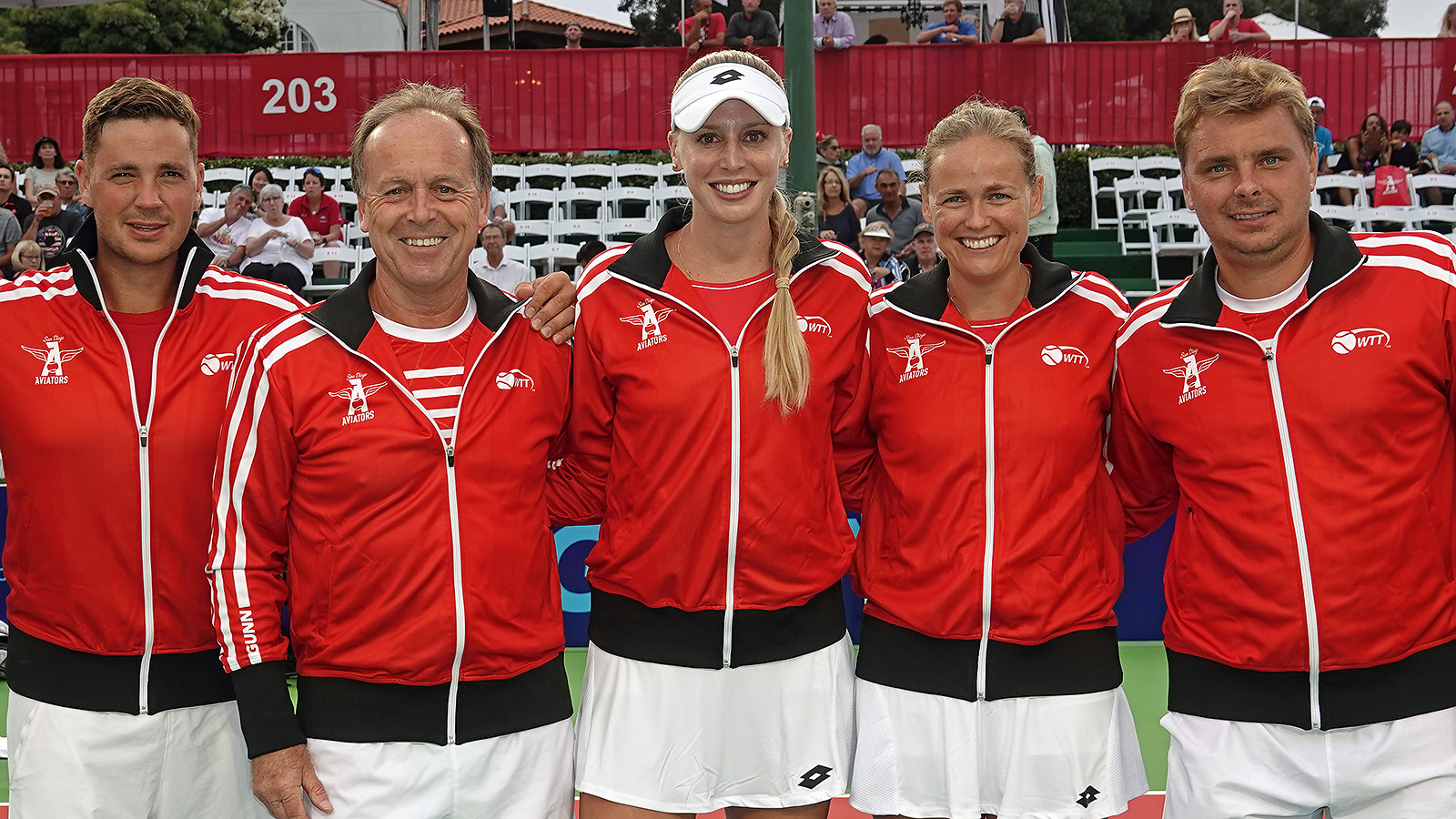 Things seemed to be set up nicely on Thursday night for the Washington Kastles to move to 4-0 on the season. The legendary doubles team of Bob and Mike Bryan made their 2018 team debut, and the Kastles also introduced Wimbledon mixed doubles champion Nicole Melichar.

The San Diego Aviators, meanwhile, were coming off a tough loss in extended play to the Springfield Lasers.

But it was the Aviators who controlled the narrative Wednesday evening, serving aggressively to win all five sets and secure a 25-13 win to move to 2-2 on the season. The Kastles fell to 3-1 but remained tied with the Philadelphia Freedoms atop the World TeamTennis standings.

“We needed this win,“ said the Aviators‘ Marcus Willis, who beat Frances Tiafoe 5-1 in the final of men‘s singles to secure the win. “It was really important. It makes the league more interesting now. We all played fantastically. It‘s rare that you get a win this big, especially here. It was more than we were dreaming.“

The Bryans got things started in men‘s doubles against Willis and Marcin Matkowski of Poland. The teams exchanged holds of serve before Kastles head coach Murphy Jensen made a switch, swapping out Bob Bryan in favor of Tiafoe, the local fan favorite from College Park, Md.

Each side then held serve comfortably until the eighth game, when the Kastles forced a game point. But Matkowski evened the set a 4-4 with a 118-mph aceÔÇöone of five in the set. In the tiebreak, the Aviators scored the first four points and secured the set two points later with a crosscourt volley winner by Matkowski.

It was then time for Melichar, fresh off her first-ever Grand Slam mixed doubles title at the All-England Club, to make her Kastles debut in women‘s doubles alongside Madison Brengle. Facing Naomi Broady of Great Britain and Germany‘s Anna-Lena Groenefeld, the two broke serve to knot the overall match at 6-6, then held give the Kastles a one-game edge. The Aviators evened the set on Malichar‘s serve with some hard returning from Groenefeld. Clutch serving from Brengle forced a tie at 4-4, but the Aviators dominated the tiebreak to grab a 10-8 match lead.

Mixed doubles featured Mike Bryan and Melichar against Groenefeld and Matkowski; combined, the four players represented 24 Grand Slam doubles titles. The Aviators came out strong and extended their overall lead to 13-9. Strong serving from Groenefeld allowed Matkowski to dish out two volley winners and an overhead smash to finish off the set and give the Aviators a 15-11 lead.

It was up to Brengle to bring the Kastles back into contention, and there was reason to believe she could do it after strong singles performances in the two previous matches. But Broady had the upper hand from the get-go. She used a strong serveÔÇöshe won 6 of 7 points on her second serveÔÇöto win two crucial 3-3 points and cruise for a 5-1 set win.

“I know Madison has a great return of serve, especially on that backhand side, so I was really trying to stay aggressive on my second serve and keep it on the forehand side a bit more,“ Broady said.

Trailing 20-13 in the match, Tiafoe would need to stage a remarkable comeback against Willis in the men‘s singles event. Willis shut the door on that possibility, breaking Tiafoe in the first and fifth games. He recorded four aces and finished off a 5-1 set win and 25-13 overall victory with a backhand volley winner.

For Willis, it was a satisfying win after dropping the men‘s singles event in a tiebreak a night earlier.

“After yesterday, this is a great win,“ Willis said. “The team was down after last night but we had a great team atmosphere today. We won the big points and things went our way. We all played fantastically.“

TURNING POINT: Naomi Broady finished off a 5-1 win in women‘s singles against Madison Brengle, giving the Aviators a 20-13 edge heading into the final set.

NEXT ON: The Kastles play the Philadelphia Freedoms Friday at 7:00 p.m. Follow results on www.WTT.com, www.washingtonkastles.com. Matches will be streamed live at www.WTT.tv.