Tiafoe Comes Through Again As Kastles Move To 3-0 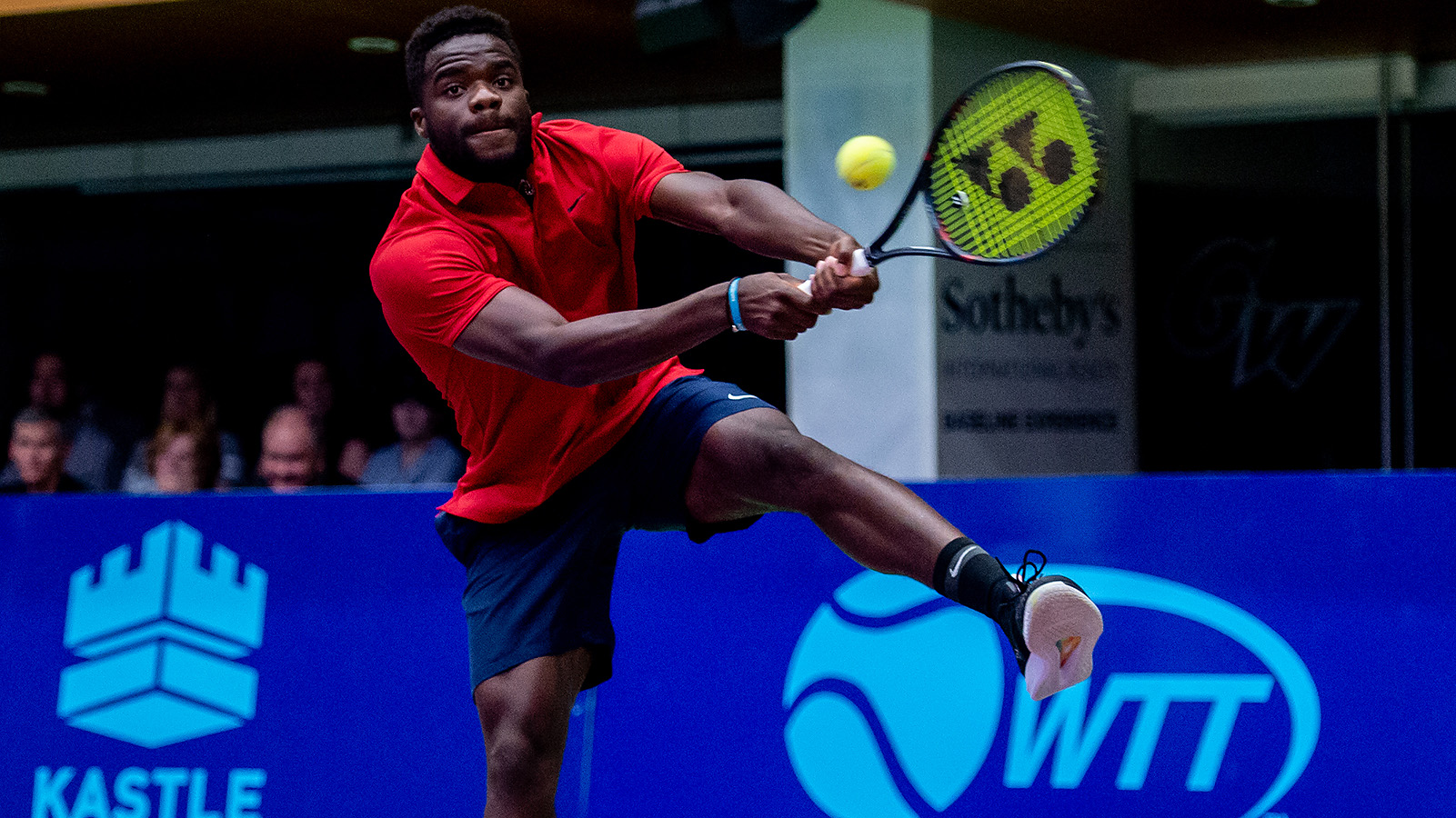 For the second match in a row, it was up to Frances Tiafoe to clinch a Kastles win before a spirited home crowd.

The world‘s 45th-ranked player came through again, securing a tiebreak win in the final set over former college All-American Evan King as the Kastles topped the Orange County Breakers, 22-18. The win comes after Tiafoe won a Supertiebreaker Monday night to lead the Kastles over the New York Empire.

The Kastles claimed victories in four of five sets Wednesday evening, with Madison Brengle‘s 5-3 singles win over Yanina Wickmayer proving crucial. The Kastles moved to 3-0 and remained tied with the Philadelphia Freedoms atop the World TeamTennis standings.

The Kastles‘ mixed doubles team of Robert Lindstedt and Christina McHale started off the action at Kastles Stadium by holding serve in the first game, then overcame a three-point deficit to break serve and take the second game off the Breakers‘ Marcelo Demoliner and Andreja Klepac. The teams exchanged two more breaks of serve before the Kastles held to take a 4-1 lead and eventually secured the set, 5-2, on a clutch service ace by McHale that barely clipped the sideline.

McHale then joined Brengle in the women‘s doubles event, facing off against Klepac and Wickmayer, a hard-hitting former US Open semifinalist. The set was even until the Breakers scored the first break of the set off McHale‘s serve to take a 4-2 lead, and Wickmayer served out the set to tie the match at 7-7.

The pro-Kastles crowd was treated to a tense set of men‘s doubles, featuring hometown favorite Tiafoe and Robert Lindstedt against Demoliner and the left-handed King. The set featured some sparkling shot making, including an overhead smash from Tiafoe in the third game that took out an LED light panel behind the court. With neither team willing to budge on serve, the Kastles took a 10-9 lead on a scorching backhand passing shot from Lindstedt. The Breakers responded by saving two break points to knot up the match at 10-10. Two more service holds forced a tiebreak, where the Kastles took command and grabbed the set and a 12-11 overall lead with back-to-back aces from Tiafoe.

Would Brengle extend the Kastles‘ lead after taking on Wickmayer, a winner of five WTA tour titles once ranked as high as 12th in the world? She proved up to the challenge. The two players took part in several long groundstroke rallies and remained on serve until the steady Brengle earned a break to take a 4-3 set lead. She won the next three points on her serve, and finished off the set to give the Kastles a 17-14 overall lead heading into the final event.

“She hits a really big ball and has a lot of weapons, so I just tried to get a couple extra balls back and when I could go for it, I‘d go for it,“ Brengle said. “A slugfest was not going to favor me, so I was trying to hit and change things up, use angles as much as possible and use spin. I had to scramble to get some tough balls but I‘m very happy to get that win.“

It was then up to Tiafoe, the College Park, Md. native, to secure the Kastles‘ victory again. King would not make it easy, as the former University of Michigan standout rallied to break Tiafoe in the third game to pull the match to 18-16. But “Big Foe“ used a series of strong service returns and took advantage of a double fault to break right back. A forehand winner and service ace gave Tiafoe a 4-3 lead in the set, but he was unable to break King and the two entered into a tiebreak. Needing to win the tiebreak to avoid extended play, Tiafoe grabbed five of eight points, clinching the Kastles victory with a volley winner.

“It feels really great. Evan played really well,“ Tiafoe said. “We‘re good friends. This is a different kind of pressure and this was the first time we played on the court together, so I‘m happy. I would not have cared if I came into the set down. My goal was to get the ÔÇÿW‘.“

TURNING POINT: A forehand from the Yanina Wickmayer sailed long to give Madison Brengle and the Kastles a 5-3 victory in the women‘s singles event. It gave the Kastles a comfortable 17-14 edge heading into the final set.

NEXT ON: The Kastles will remain in Washington and host the San Diego Aviators on Thursday at 7:00pm Eastern. Bob and Mike Bryan, the winners of 16 Grand Slam doubles titles together, will join the Kastles. The Breakers will travel north to face the Philadelphia Freedoms, also at 7 p.m. Eastern. Follow results on www.WTT.com, washingtonkastles.com and breakerstennis.com. Matches will stream live at WTT.TV.