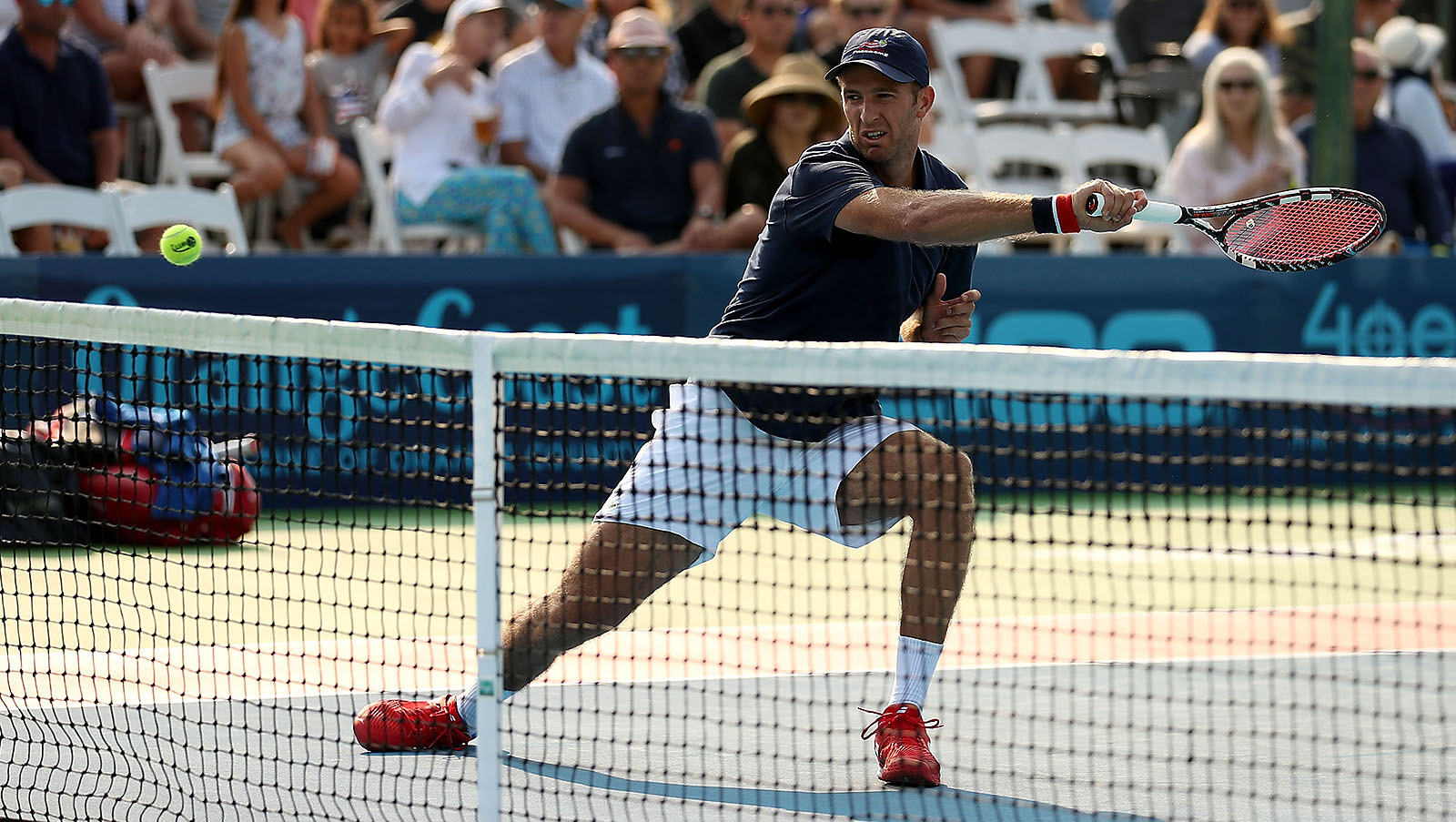 The New York Empire are still searching for their first win after an early effort by Philadelphia‘s Taylor Townsend and a strong finish by Kevin King kept the Freedoms unbeaten in the first week of the 2018 World TeamTennis season on Wednesday night. The visitors claimed a 21-17 win over the host Empire on Court 17 at the USTA Billie Jean King National Tennis Center.

Townsend has been nearly flawless on the court for the Freedoms this season, and it continued as she delivered one of the most emphatic performances of the night to help Philadelphia improve to 3-0 overall.

In the second set after the Freedoms won a men‘s doubles tiebreaker to start the match, the left-hander blanked the Empire‘s Tatjana Maria over the first four games and finished off the bagel against Maria Jose Martinez Sanchez, improving her singles stat line to 15 games won out of 19 played thus far.

“I feel great and I‘m just doing the same things that I‘ve been doing in the regular season,“ Townsend said after the match. “I‘m trying to continue to work and get better, and I just want to keep doing that. I think everyone has been playing really well and we have a great dynamic. It‘s never one person and it‘s always a team thing.“

It was that very team which needed to step up and hold off a comeback effort from the Empire despite Townsend‘s emphatic showing in singles which put the Freedoms up 10-4 after two sets.

She was dealt her first two defeats of the season overall in the next two sets, as the Empire‘s mixed doubles team of Martinez Sanchez and Neal Skupski defeated her and Fabrice Martin, 5-2 to send the match to halftime.

However, strong serving from King, who won 11 of 13 points when he landed his first serve in the set, ensured that Dennis Novikov never earned a break point in the match and was unable to reach parity.

The Empire‘s men‘s singles player stayed on serve early, but was never able to win two consecutive games to tie the score before the former Georgia Tech All-American won the last three games of the match to quell the Empire‘s comeback effort.

“The team did a great job and we got a little bit of a lead going into the last one so that was nice,“ King said. “I know Dennis is a very good player and very talented, so I knew I had to come out sharp and just try and play a good set.

“I think we all get along well, and we‘re all good singles and doubles players. We have team chemistry and a good coach, and so far, it‘s been a nice start.“

TURNING POINT: King held off the biggest chance for Novikov in the fourth game on serve in the men‘s singles set, winning three straight points from 1-2 down. In the stretch, the lefty connected on a first-ball winner and served his lone ace.

NEXT ON: Hoping to turn around their slow start, the Empire leave the East Coast for the first time this season on Thursday as they head to Springfield, Mo., to take on the host Lasers at 7 p.m. CDT at Mediacom Stadium at Cooper Tennis Complex. Empire fans can watch the watch live on WTT.tv.