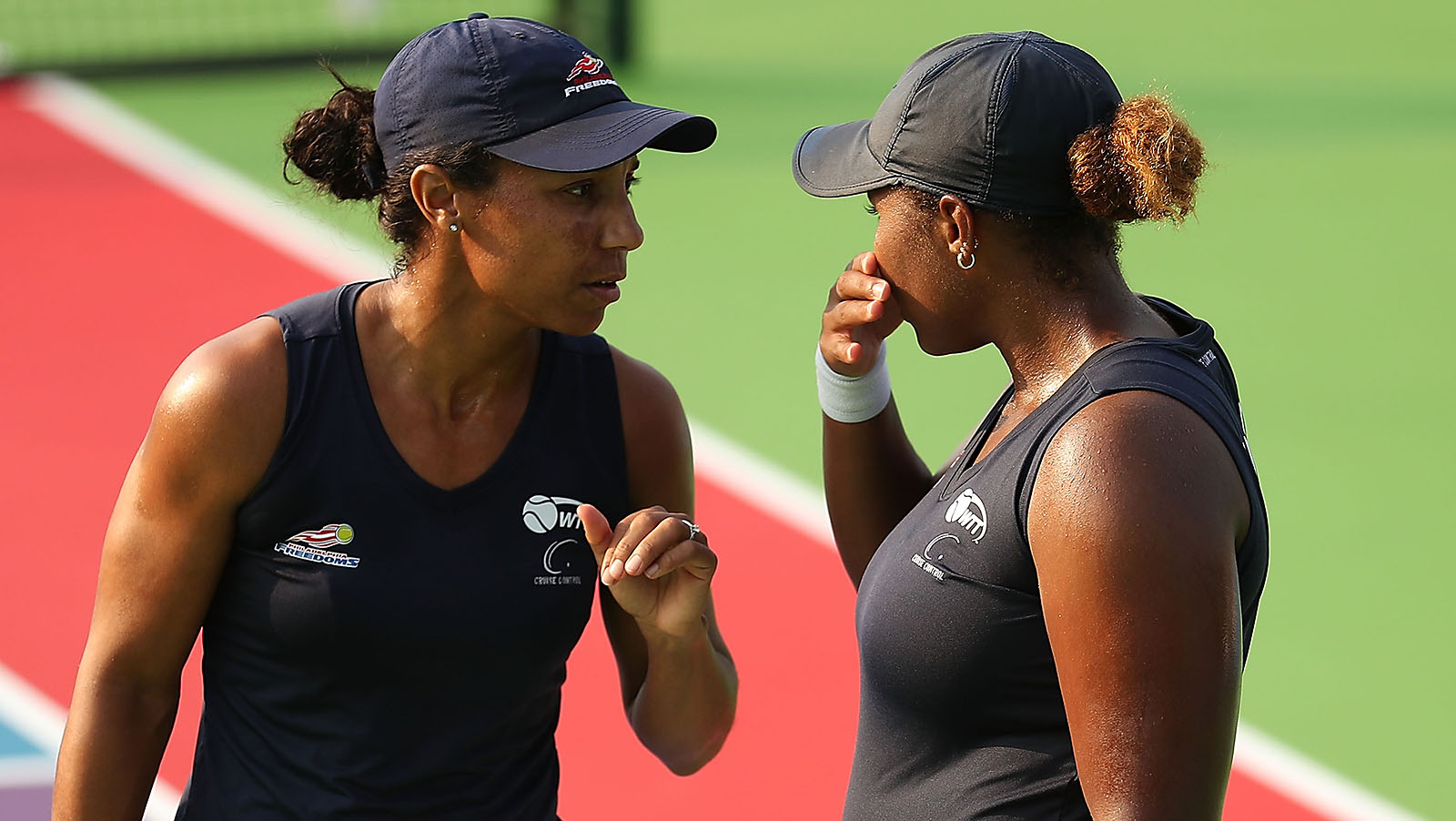 It was the second straight match in which Townsend has won three sets. On Sunday the 22-year-old Atlanta resident led the Freedoms to a season-opening 23-16 victory over the defending champion Orange County Breakers in Newport Beach, Calif.

Townsend, who is currently ranked No. 61 in the world, opened Monday‘s match against the Aviators in winning fashion when she teamed with Fabrice Martin for a 5-4 win in mixed doubles over Anna-Lena Groenefeld and Marcin Matkowski of the Aviators.

In women‘s singles, Townsend continued her stellar play as she dominated San Diego‘s Naomi Broady, winning 5-1 in only 13 minutes to extend the Freedoms‘ lead to 10-5.

The Aviators attempted a comeback when Taylor Fritz and Matkowski captured the men‘s doubles set 5-2 over Martin and King to cut the Freedoms‘ advantage to 12-10.

Townsend then won her sixth straight set of the season when she combined with Raquel Atawo for a 5-4 victory in women‘s doubles over Groenefeld and Broady.

With the Freedoms leading 17-14, Kevin King shocked Rancho Santa Fe native Taylor Fritz of the Aviators 5-3 to seal the victory for Philadelphia.

Despite winning six straights sets to open the 2018 WTT season, Townsend was quick to credit her teammates for Philadelphia‘s strong start in winning their first two matches on the road.

“Everyone played their part and did a great job. World TeamTennis is a team thing so it’s not one individual person but everyone does their part and it comes together,“ Townsend said. “I think we all just came together great as a team and had really good energy throughout these last two days. I just want to keep that going and be positive for the rest of the season.“

TURNING POINT: With the Freedoms leading 17-14 entering the final set of the evening, Kevin King set the tone in men‘s singles as he broke Taylor Fritz in the opening game to extend Philadelphia‘s lead to 18-14. Later, as he served with a 3-2 lead, King fought off two break points before holding serve and went on to post a 5-3 win over Fritz to extinguish San Diego‘s hopes of a comeback victory.

NEXT ON: After opening the 2018 World TeamTennis season with a two-match homestand, the Aviators begin a four-match road trip as they face the Springfield Lasers on Wednesday at 5 p.m. (PDT) / 7 p.m. (CDT) at Mediacom Stadium at Cooper Tennis Complex in Springfield, Mo.

Follow results on www.WTT.com/scores or www.sandiegoaviators.com. Watch live streaming of all WTT matches on www.WTT.tv presented by GEICO.