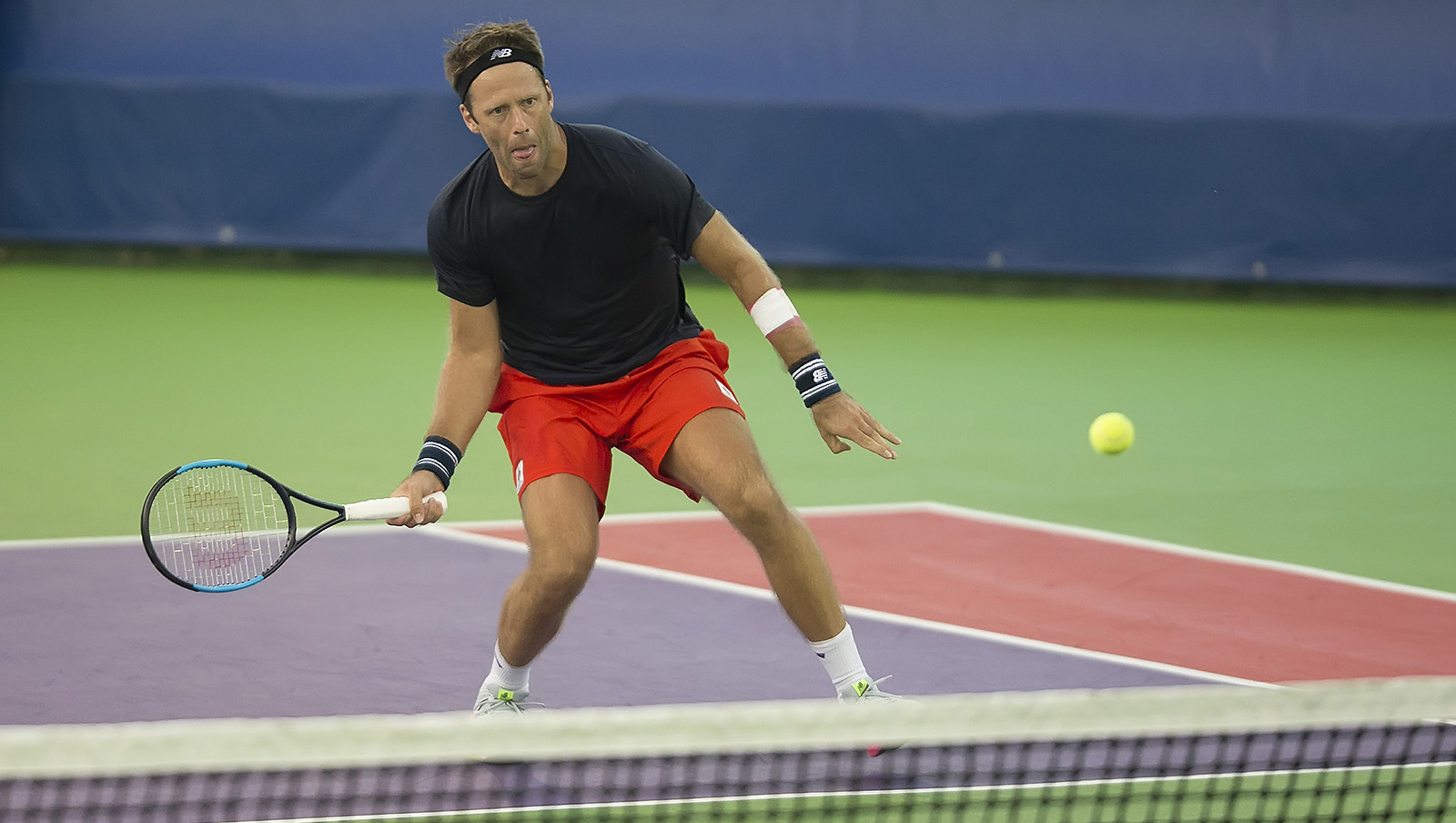 If you‘re trailing in your WTT season opener, you might want to call on some super subs.

Behind the efforts of Matthew Ebden and Christina McHale – who were not even on the Kastles roster less than a week ago – the six-time WTT champions knocked off the New York Empire in the first match of the 2018 season, 22-18.

Washington took a while to get going on Opening Night, but once they did, the visiting team pulled off a stunning comeback after dropping the first two sets in women‘s doubles and singles action, and trailing by a break in the mixed doubles set.

McHale was spending time at home in New Jersey earlier this week when she answered the call to fill in for recently-crowned Wimbledon mixed doubles champion Nicole Melichar, who won her maiden Grand Slam title on Sunday afternoon and also reached the final of the women‘s doubles this weekend in London.

Elsewhere, Aussie Ebden made a quick stop at Court 17 at the USTA Billie Jean King National Tennis Center while preparing to compete at the ATP event in Newport, Rhode Island, to replace the injured Kastles‘ Tennys Sandgren.

“Once they knew that she, for sure, couldn‘t comeÔÇªit worked out perfectly,“ McHale said. “Doubles is so much fun, whether it‘s regular doubles or mixed, and it was a lot of fun playing with Rob [Lindstedt].

“I think we just never thought when we were out of it, even when we were down like that. Things can turn really quickly, and we just kept going. It was really exciting at the end.“

After McHale and Lindstedt got the Kastles on the board in terms of sets by winning four straight games to close a 13-8 deficit to 13-12, it was Ebden‘s turn to do some heavy lifting after halftime.

In his first-ever WTT match, the Aussie put on a stunning performance to defeat the Empire‘s Steve Johnson – who was also subbing in for Wimbledon semifinalist John Isner – in men‘s singles, 5-1. Ebden and Lindstedt then held Johnson and Neal Skupski in the deciding men‘s doubles tiebreak.

“I‘ve really wanted to do this my whole career. I said I‘ve always wanted to play [WTT] at some point, and I got the chance today,“ Ebden said.

“I was in Newport preparing for the tournament, and I ended up with a bye, so it gave me the chance to come down here for the day and play.“

New York got off to a perfect start behind their female rookies, as Maria Jose Martinez Sanchez and Tatjana Maria held off a comeback effort from McHale and Madison Brengle after the latter were down 4-1 to win the first set in a tiebreak. Maria made a winning start in singles against Brengle, 5-3, before the Kastles began their comeback.

“I was talking to the girls a little bit, and some of us have played Davis Cup, Fed Cup and team matches, so we‘re used to a bit of that energy and intensity and pressure of those situations,“ Ebden assessed.

“I think, for me, being a good singles player and doubles player is perfect for this format. It‘s fast, it‘s singles, doubles, mixed doubles – so being an all-court player, and having some experience with pressure and intensity in team matches [helped tonight].“

TURNING POINT: Trailing by two sets and 3-1 in the mixed doubles for a total deficit of 13-8 in the match, the Kastles won nine of the next 10 games to flip the script on the road to their victory.

NEXT ON: The Empire and Kastles will square off again on Monday night in Washington, DC, as the Empire look to hand their rivals a defeat in their home opener at the Kastles Stadium at the Smith Center. Hometown favorite Frances Tiafoe is set to make his season debut for the Kastles. Follow results on WTT.com/scores, or watch all the action from first ball to last at WTT.tv.