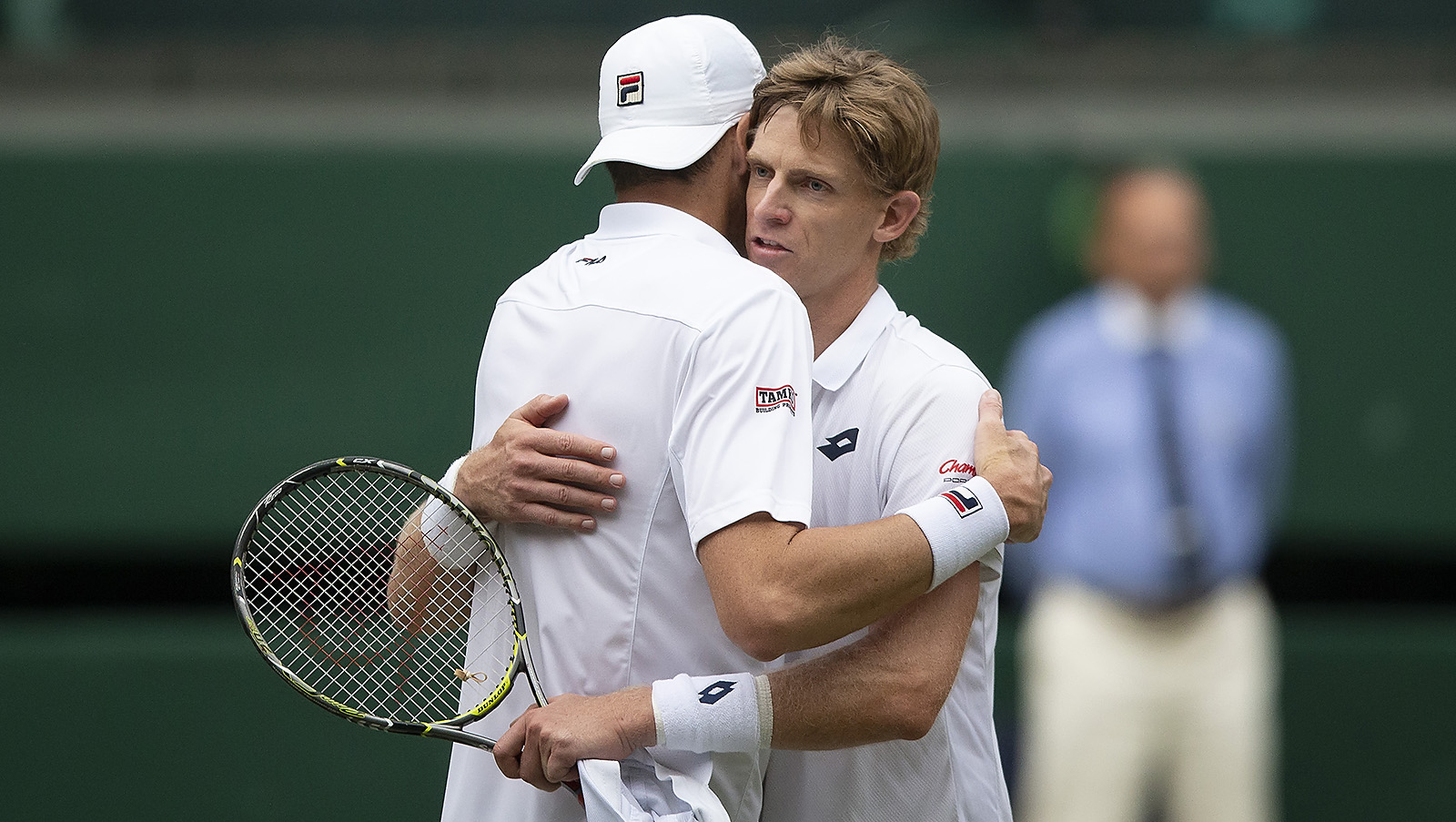 #WTTFamily members Kevin Anderson and John Isner gave fans on Centre Court a match to remember for the ages after contesting the longest match ever played on the grand stage at the All England Club Friday in London. Anderson ultimately prevailed 7-6(6), 6-7(5), 6-7(9), 6-4, 26-24 in six hours and 36 minutes to become the first South African man in 97 years to reach the Wimbledon final.

With both appearing in the last four at The Championships for the first time, the tone for seizing the opportunity was set from the very start. Anderson, who rallied from two sets down and a match point against eight-time champion Roger Federer in the quarterfinals, was required to serve from behind throughout the decisive fifth set but his proficiency off the ground and equal ability to hold serve pushed him through in the end.

The Philadelphia Freedoms‘ star is through to his second major final in four attempts, having finished runner-up to Rafael Nadal at last year‘s US Open. Anderson is bidding to become the first player outside of the Big 4 (Federer, Nadal, Novak Djokovic and Andy Murray) to lift the Wimbledon trophy since Lleyton Hewitt tasted victory in 2002. He plays the winner of Nadal and Djokovic in Sunday‘s title match.

Nicole Melichar (Washington Kastles) also enjoyed a tremendous day at SW19, as she advanced to the finals of both women‘s doubles and mixed doubles, a first-time achievement for the American in both disciplines at a major tournament.

In her second match, Melichar and Alexander Peya made light work of ninth seeds Katarina Srebotnik and Michael Venus, taking their semifinal 6-4, 6-4. Seeded 11th, Melichar and Peya dominated on first serve, winning 28 of 29 points in the 52-minute victory. Victoria Azarenka and Jamie Murray stand in the way of the duo claiming the crown on Sunday.